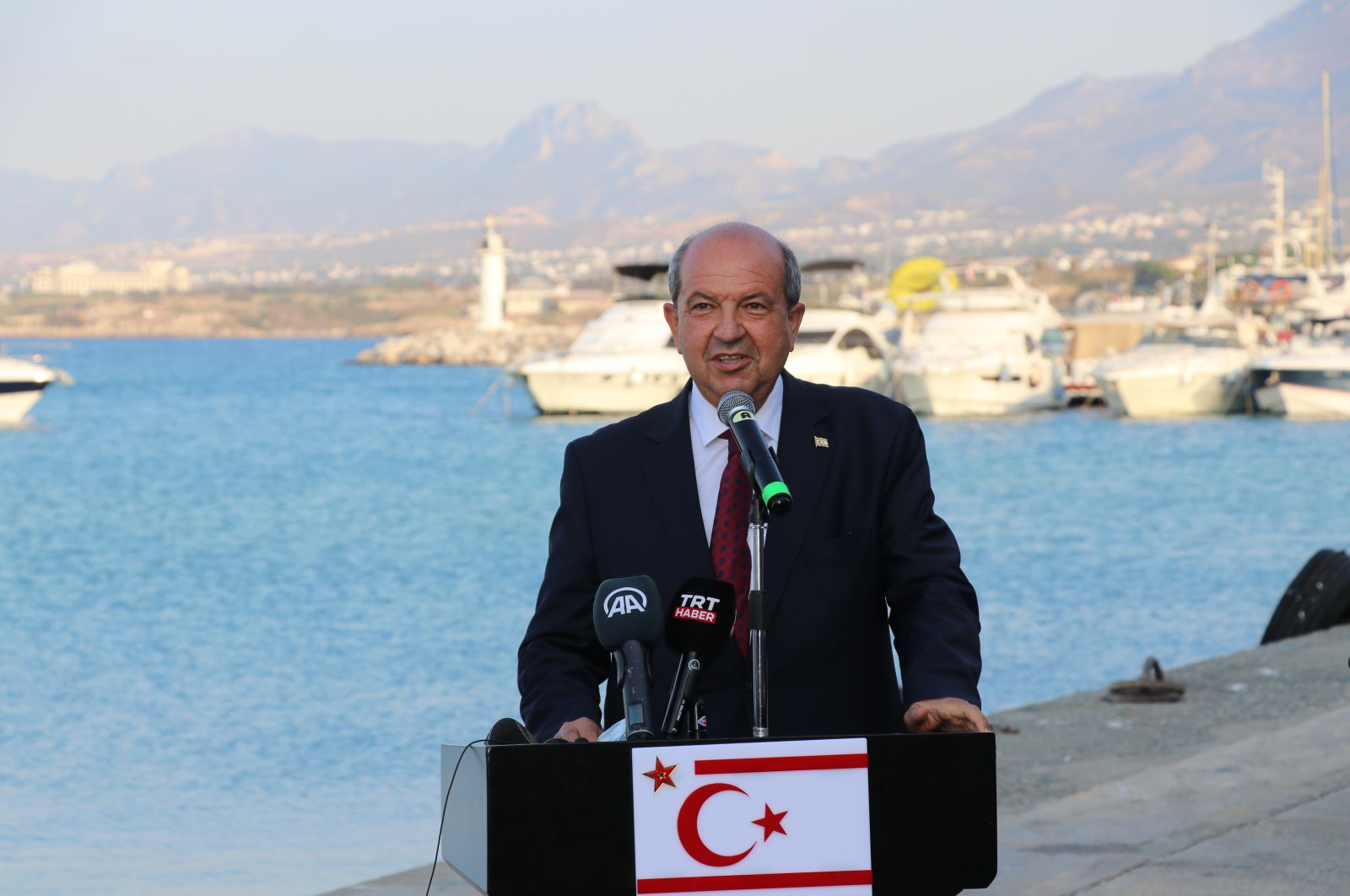 The president of the Turkish Republic of Northern Cyprus (TRNC) condemned U.S. Sen. Bob Mendez for his provocative comments on the presence of Turkish troops on the island.

Speaking to reporters after participating in an event in the Kyrenia (Girne) district of Northern Cyprus, Ersin Tatar said Menendez's statement about his goal to see the last Turkish soldier leave the island is "​​completely empty and baseless."

Tatar was referring to remarks made by the U.S. official at a ceremony Monday where he was presented the Grand Collar of the Order of Makarios III by the Greek Cypriot administration.

Stating that Menendez's remarks are "unacceptable," Tatar noted that Sept. 21 is World Peace Day and that peace in Cyprus was secured thanks to the presence of the Turkish Armed Forces (TSK).

He added that the U.N., U.K., U.S. and whole world know what happened in Cyprus despite the 1960 Treaty of Guarantee.

Adding that the mentality of the Greek Cypriots has not changed despite the passing years, Tatar said that any step that will take the Turkish Cypriots back to 1974 or 1960 would never be accepted.

He emphasized the importance of the security of Turkish Cypriots, adding that this security is ensured by the presence of Turkish soldiers under Turkey's guarantorship.

"Turkish soldiers are on the island for peace. They have no other purpose or intention," he said.

"The statement of a senator who came from the U.S. and received a medal for being a member of a lobbying activity does not bind us," he stressed. "This rhetoric is completely empty, baseless, far from the realities of Cyprus. Therefore, it is not possible for us to respect such a statement. We condemn it."

Reiterating the TRNC's position of sovereign equality and a two-state solution, Tatar said the withdrawal of Turkish soldiers from the island is a "big trap and plot" to them, stressing that they will never be "deceived."

"The presence of the Turkish Armed Forces here and providing security is of vital importance for us. It is our indispensable and red line," he added.

The Greek Cypriot administration entered the European Union in 2004, the same year Greek Cypriots thwarted a U.N. plan to end the longstanding dispute.

A U.N.-led unofficial Cyprus conference was held in Geneva this April to seek common ground to negotiate a lasting solution to the conflict.

Turkey, Greece and the U.K. also took part in the meeting.

Tatar said they will also be holding bilateral meetings in September in New York, expressing their view on the Cyprus issue.

"I don't think that the two sides can reach a consensus on sovereign equality and the search for common ground has not achieved results at the moment. Still, we will be in New York and we will continue our contacts," he added.