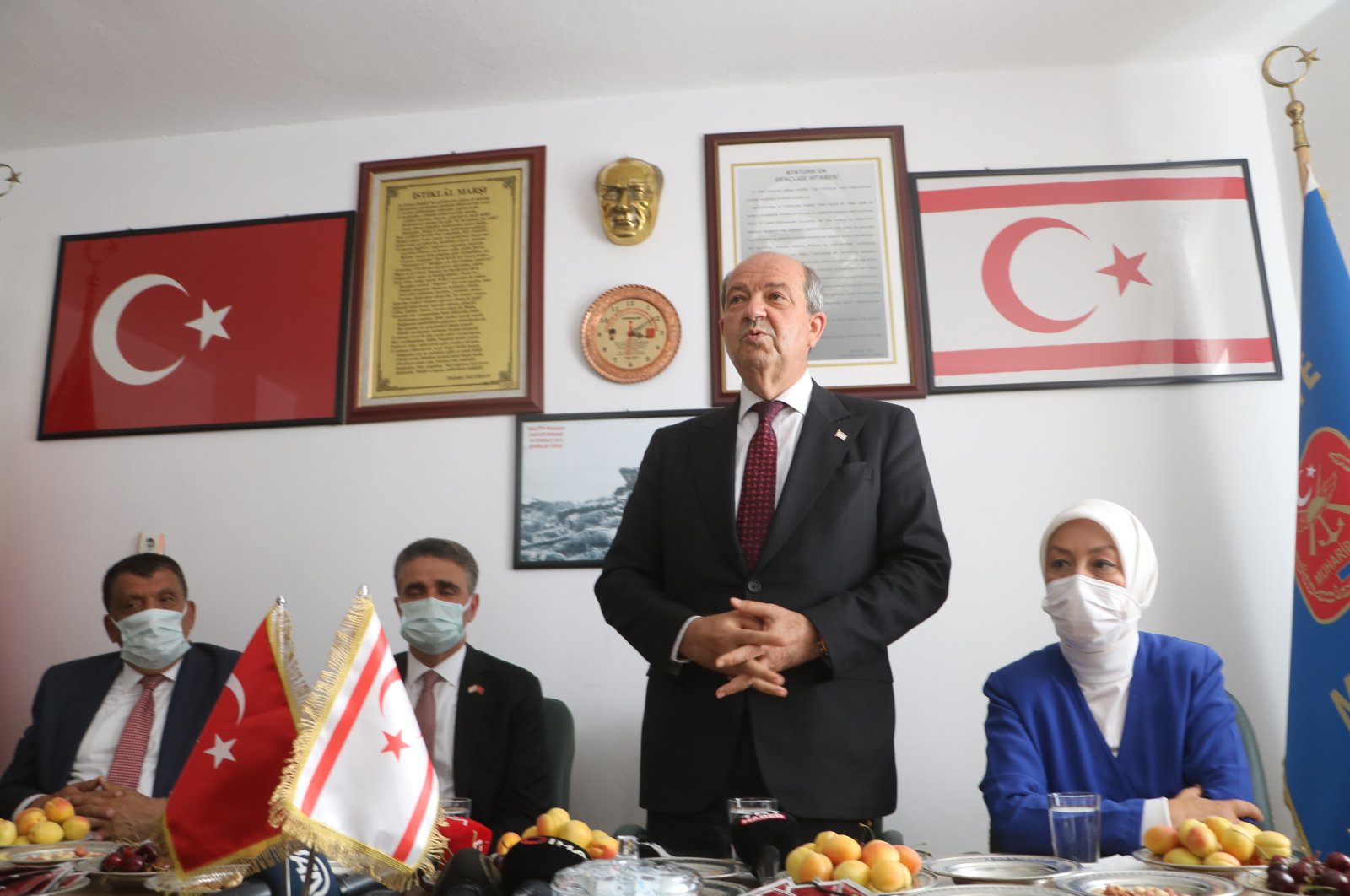 Visiting the branch of the Turkish War Veterans Association in Malatya province, he praised the efforts of Cyprus veterans during the peace operation in 1974.

"If it wasn't for the operation, Cyprus would have probably become a Greek island," he said, adding this was prevented with the operation nearly five decades ago.

Tatar also noted the region's importance in terms of energy resources and said there are significant strategic issues that also concern Turkey.

In 1974, a Greek Cypriot coup aiming at Greece's annexation led to Turkey's military intervention as a guarantor power on July 20 that year to protect Turkish Cypriots from persecution and violence.

The Greek Cypriot administration entered the European Union in 2004, the same year that Greek Cypriots thwarted a U.N. plan to end the decadeslong dispute.