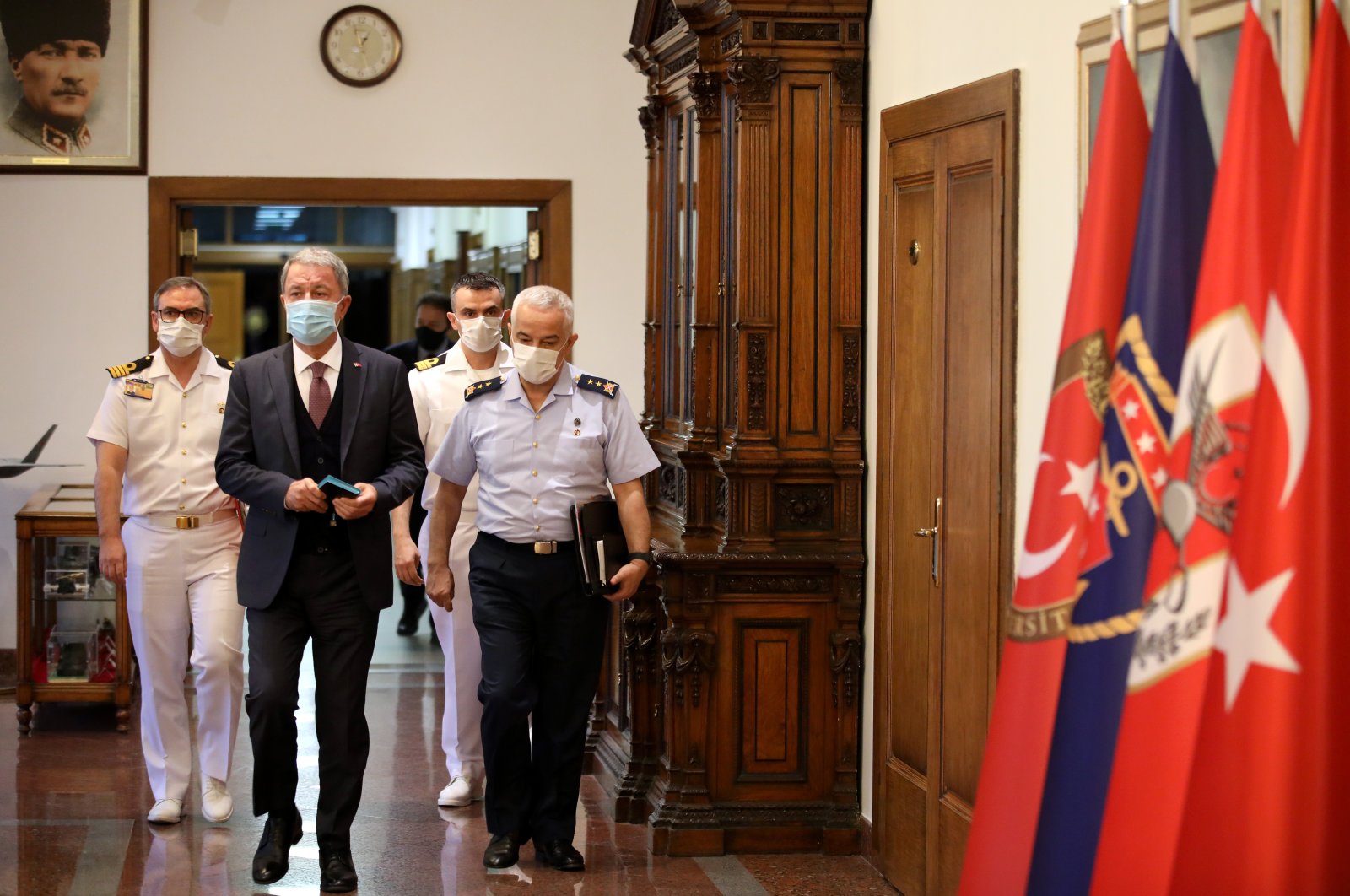 Turkey urged Armenia to stop attacks and send mercenaries and terrorists back to pave the way for diplomatic talks, as it reiterated its full support of Azerbaijan in the occupied Nagorno-Karabakh region.

"Armenia must immediately halt its attacks, send back the mercenaries and terrorists it brought from abroad and withdraw from the Azerbaijan lands they have been occupying," Akar said Monday.

Criticizing bystanders who “just remembered about dialogue now,” Akar asked where they were when Armenia occupied some 20% of the Azerbaijani territory, or when Armenians indiscriminately massacred women, children and the elderly in Khojaly and displaced millions of people from their homes.

Highlighting that Turkey and Azerbaijan are “one nation, two states,” Akar said Turkey will stand beside its Azerbaijani siblings against Armenian attacks.

He continued by noting that some 22,000 Azerbaijanis have lost their lives in the conflict in the past three decades.

“Armenia continues its occupation despite U.N. resolutions and international law,” Akar said, adding that Yerevan has also recently ramped up its provocations, further heightening tensions in the region.

Tensions rose in the southern Caucasus on Sunday morning over clashes in which Yerevan said Azerbaijani forces bombed the region of Nagorno-Karabakh, and Baku accused Armenian forces of shelling Azerbaijani military and civilian positions.

Turkish officials quickly condemned Armenia, as they offered full support to Azerbaijan in its struggle.