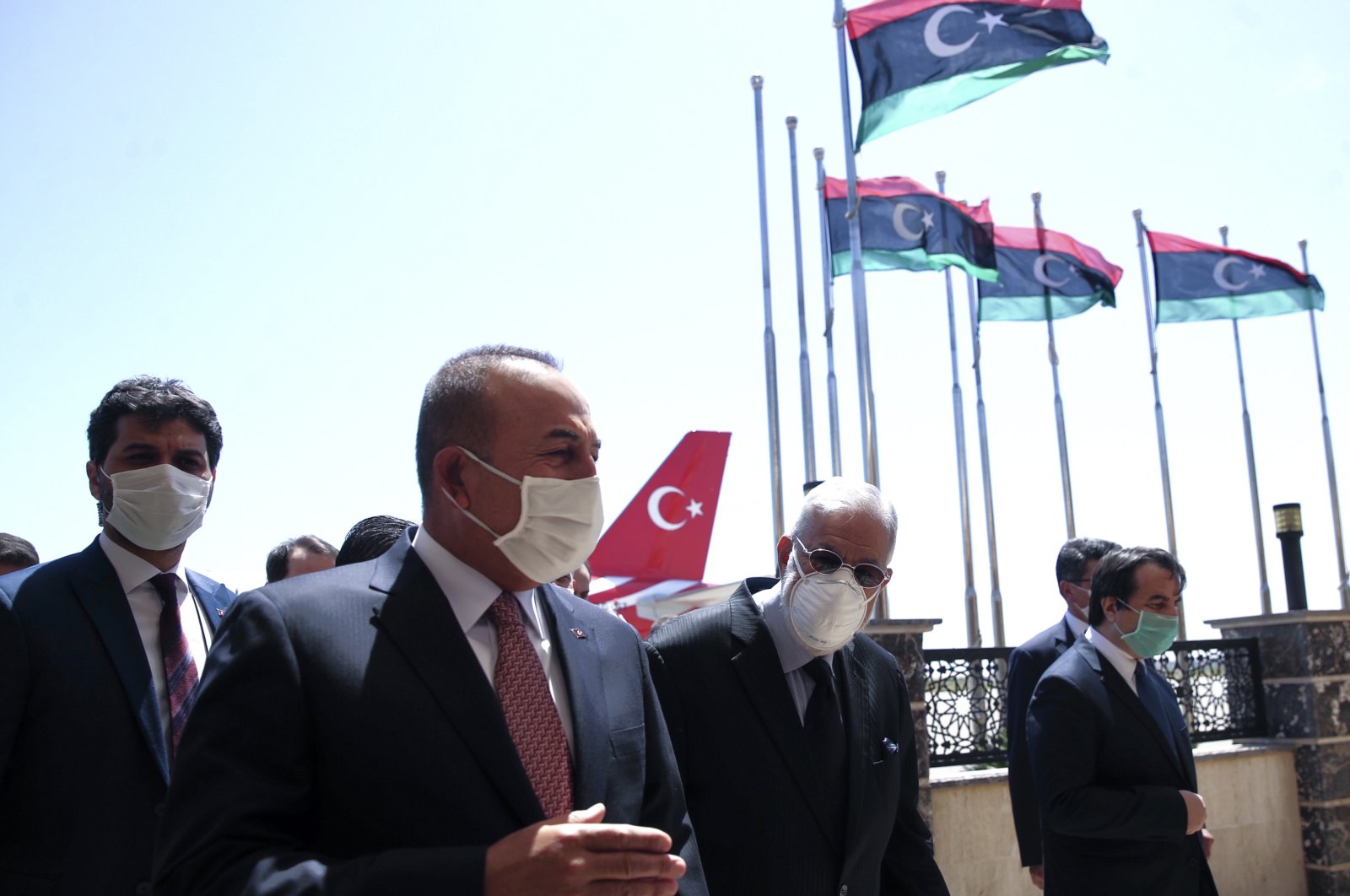 Turkey and the U.S. will cooperate in Libya in the upcoming period, Foreign Minister Mevlüt Çavuşoğlu said Thursday.

Speaking at a webinar with the US-based Turkish American National Steering Committee, Çavuşoğlu said that President Recep Tayyip Erdoğan and his U.S. counterpart Donald Trump have similar perspectives on the war-torn country.

“We've received instructions to work together” with our U.S. counterparts. This will be “important for regional stability and Libya's future,” added the minister.
“We would like to further expand our fields of cooperation,” he said.

His statement comes following a Wednesday visit to the Libyan capital Tripoli, where a Turkish delegation held a series of meetings with the country's internationally recognized Government of National Accord (GNA).

This was the most high-level Turkish delegation to visit Libya since eastern-based putschist Gen. Khalifa Haftar launched an offensive on Tripoli in April 2019.

Haftar's offensive came to an end over the recent weeks, as the GNA, with strong Turkish support, drove his forces out of the northwestern parts of the country.

"We received a great welcome in Libya. The purpose of this visit is clear: to strongly reiterate that Turkey stands with Libya. We discussed how the two countries can improve bilateral relations," Çavuşoğlu said in a statement following his return to Turkey early Thursday.

"As you know, we have signed a memorandum of understanding (MoU) with Libya on maritime jurisdictions. We have discussed all the steps to be taken in the Mediterranean in terms of energy. We discussed what can be done to achieve a permanent cease-fire and political solution (in Libya). We also discussed how we will continue our work under the United Nations framework. We also evaluated the likely steps in the international community," he added.

Last November, Turkey and Libya signed two landmark pacts on military cooperation and maritime boundaries in the Mediterranean. As part of the deal, Turkey has sent advisers to help the Libyan Army defeat the putschist Gen. Haftar's militias.