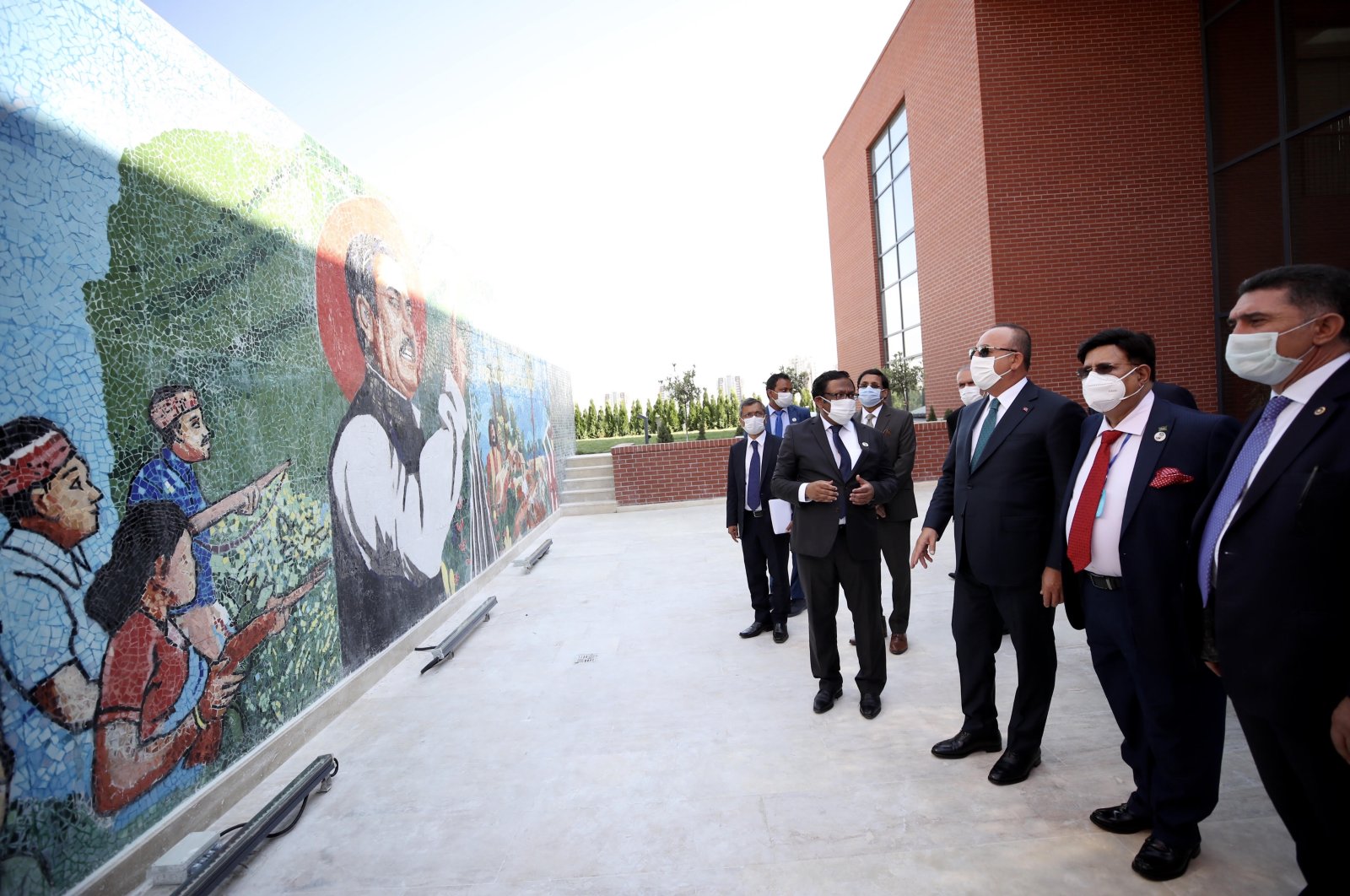 Foreign Minister Mevlüt Çavuşoğlu on Monday hailed Dhaka for its efforts hosting Rohingya refugees and reiterated Turkey’s support for all of its institutions that help both Bangladesh and the refugees.

Since 2017, hundreds of thousands of Rohingya have fled Myanmar's military abuses and taken refuge in neighboring Bangladesh. The crisis has led Naypyitaw to be accused of "genocide" before the International Court of Justice, the United Nation's highest judicial body.

Çavuşoğlu noted that the trade volume between Turkey and Bangladesh sits at around $1 billion, adding that this should be raised to $2 billion.

The inauguration started with recitations from the Quran and was followed by speeches from Bangladesh Ambassador to Turkey M. Allama Siddiki, Momen, Çavuşoğlu and Hasina.

“Today we remember Bangabandhu Sheikh Mujibur Rahman without whom there would be no Bangladesh and no Bangladesh embassy in Ankara,” Siddiki said, referring to Bangladesh's first president who is respected as the "Father of the Nation." Siddiki hailed the day as historic and said the new embassy was a “manifestation of the importance Bangladesh attaches to bilateral relations with Turkey.”

Çavuşoğlu for his part said that the building will be a source of pride for Bangladesh and that Turkey also plans to open its embassy in its capital Dhaka soon.

Noting that Turkey is hosting Bangladesh’s foreign minister for the first time, Çavuşoğlu thanked the country for placing significance on bilateral relations.

“Brotherly relations between Turkey and Bangladesh have deep roots; we always remember the support of Muslims of the Indian subcontinent during our war of independence. Bangladesh is a success story in South Asia with stable economic growth,” Çavuşoğlu stated. Meanwhile, Momen said that Turkish and Bangladeshi links were based on historical connections, cultural affinity, mutual trust and respect, and both sides share an interest in seeing a just and peaceful world.

"The opening of the embassy is like unfolding a new chapter in the already existing friendly relations between the two countries," he said, adding he was proud to be part of the event.

Siddiki explained that groundbreaking for the construction of the embassy was done on Sept. 18, 2018, and that although the work went smoothly, progress suffered due to winter snowfall and the current COVID-19 pandemic. Despite those issues, the construction was completed within 20 months.

“Bangladesh is one of Turkey’s key partners in the Asia Anew Initiative with its vibrant economy and young population,” Çavuşoğlu further pointed out.

Ankara is adopting a multidimensional foreign policy and is taking firm steps toward new regions, one of which is Asia. Turkey already has 32 embassies on the continent, including in all 10 of the Association of Southeast Asian Nations' (ASEAN) countries.

The Asia Anew Initiative was officially announced in August 2019 by the Foreign Ministry when the 11th ambassadors' meeting took place in Ankara. Its goal is to improve ties with the continent's nations in different regions regarding education, the defense industry, investments, trade, technology, culture and political dialogue.

Hasina stated that Bangladesh is keen to boost its mutually beneficial relationship with Turkey as both have a shared history, faith and traditions based on trust and confidence. She also invited President Recep Tayyip Erdoğan, first lady Emine Erdoğan and Çavuşoğlu to Dhaka.