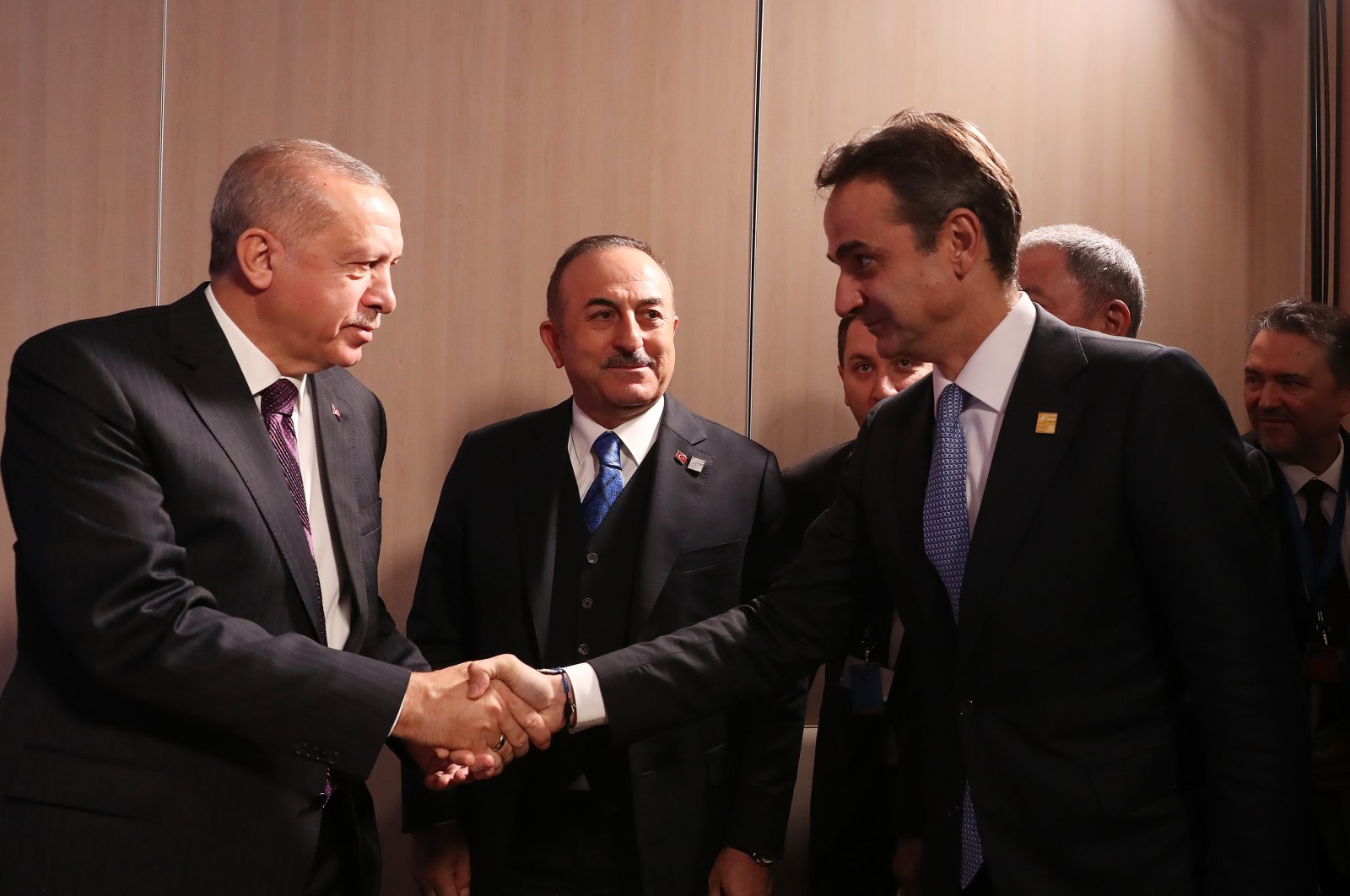 President Recep Tayyip Erdoğan and Greece’s Prime Minister Kyriakos Mitsotakis held a phone call Friday to discuss bilateral relations as well as cooperation on tourism, security, the economy and the fight against the COVID-19 pandemic, a statement by the Turkish Presidency said. The talks focused on the consequences of the coronavirus pandemic and issues relating to the reopening of borders and tourist visits following the end of lockdowns, Mitsotakis’ office said.

The statement of the Turkish Presidency said that the two leaders agreed to keep communication channels between the two countries open.

Greece and Turkey are at odds over various decades-old issues ranging from mineral rights in the East Mediterranean, to the ethnically split Cyprus.

Turkey's ambassador to Athens Burak Özügergin said this week that Ankara is open to discussing its differences with Greece, and the two neighboring countries can resolve issues such as rights over natural resources in the Eastern Mediterranean and the split of the island of Cyprus within the context of the United Nations charter.

Mitsotakis also earlier this month expressed his readiness to discuss the delimitation of maritime zones with Turkey.

“Greece is always open to a dialogue with Turkey to delimitate the maritime zones,” Mitsotakis told an economic forum in the capital Athens.