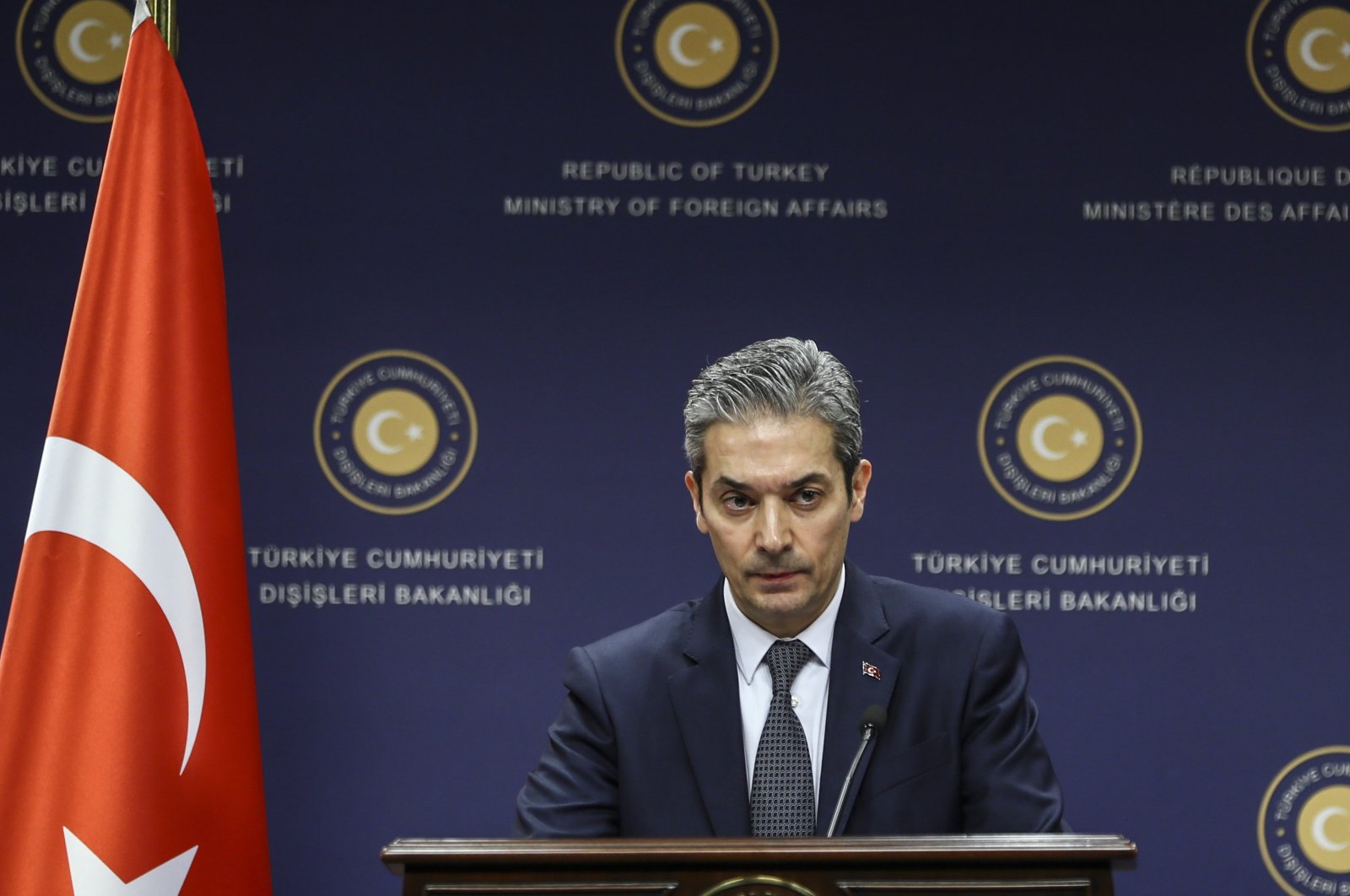 Foreign Ministry Spokesperson Hami Aksoy rejected reports on Greek media outlets claiming that Turkey has shored up its military activities in the Aegean and Mediterranean Seas ahead of the upcoming European Union summit.

“News on this issue is wrong. On the contrary, Greece has been continuing to carry out its provocative activities since Oct. 20, 2020, with its '11 NAVTEX' and '12 NOTAM' notices saying that they would carry out 24 military activities in the Aegean Sea and Eastern Mediterranean,” Aksoy said.

He continued by saying that Athens has been keeping all channels of dialogue closed, but Greece can only solve its problems with Turkey through discussions, cooperation and dialogue.

Aksoy also noted that Greek officials have also been refusing to attend the NATO-led military de-escalation talks since Oct. 9, 2020.