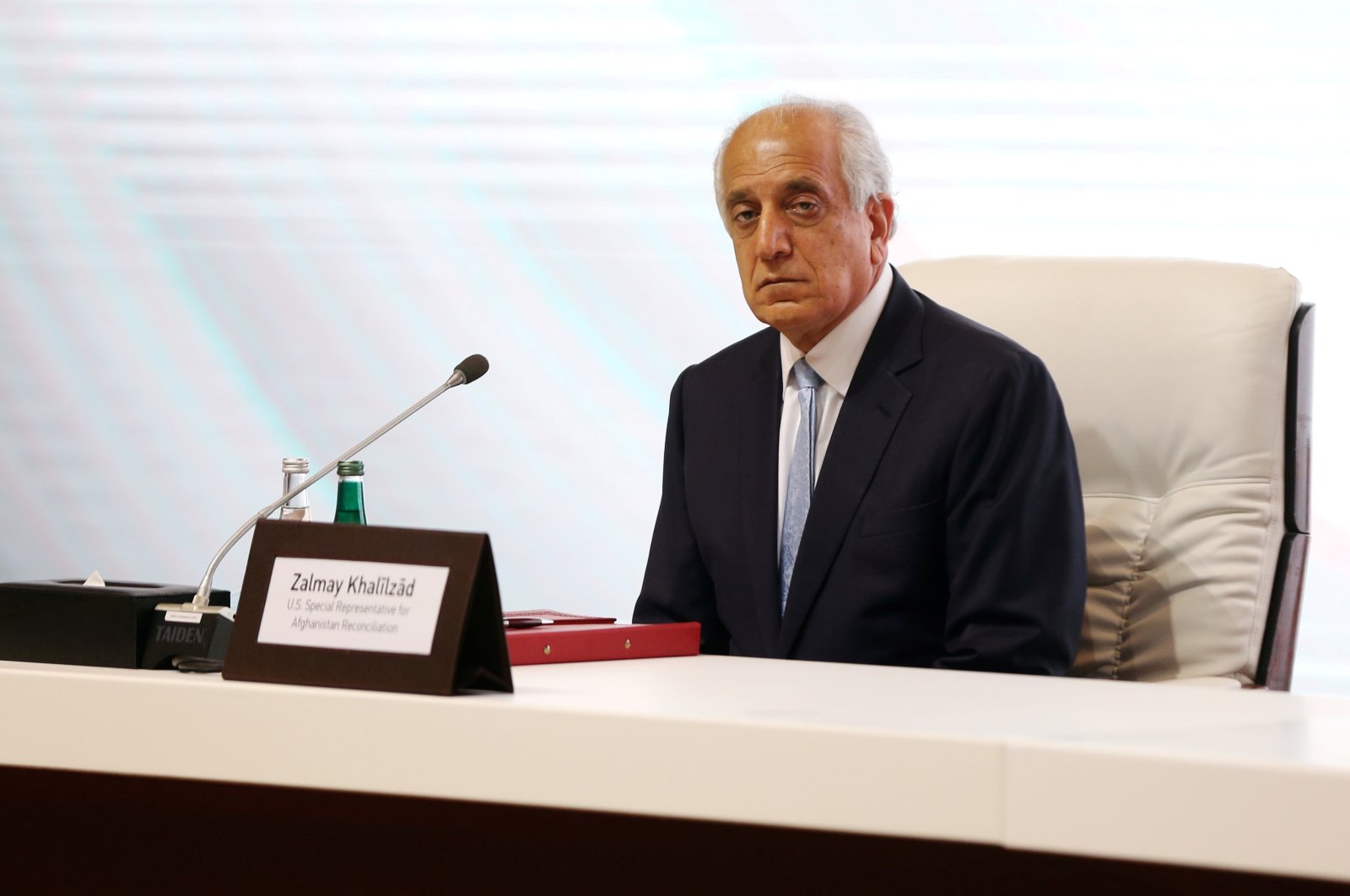 Zalmay Khalilzad, U.S. envoy for peace in Afghanistan is seen during talks between the Afghan government and Taliban insurgents in Doha, Qatar, Sept. 12, 2020. (REUTERS Photo)
by DAILY SABAH WITH AGENCIES Dec 03, 2020 10:11 pm
RECOMMENDED

In a meeting at the presidential complex in the capital Ankara, the two discussed the ongoing intra-Afghan peace talks in Doha, Qatar. The talks are aimed at ending 19 years of war, as well as regional issues.

The meeting comes a day after Kabul and Taliban representatives reached a preliminary deal to move ahead with the dialogue.

Kalın said Turkey will continue to support and contribute to intra-Afghan negotiations for a broad, inclusive and comprehensive political solution in the war-torn country.

Stability in Afghanistan will contribute to regional peace and prosperity, and Turkey will continue to cooperate with all stakeholders, including the U.S., he added.

Khalilzad will also travel to Qatar, where he will meet Afghan parties for discussions on Afghan peace negotiations, the State Department said.

"It is imperative the parties build on the current momentum and accelerate their work to reach agreement on a political roadmap and a comprehensive and permanent cease-fire," the department said in a statement.

Turkey's Foreign Ministry said on Twitter that in the meeting, "they welcomed recent progress in Afghanistan peace negotiations and emphasized the importance of sustaining regional and international support for the peace process."

Several rounds of intra-Afghan talks involving the government and the hardline Taliban group have been hosted by Doha as part of U.S. efforts to end hostilities and withdraw American forces from Washington's longest conflict.

U.S. President Donald Trump has ordered the military to draw down its presence to 2,500 service members by Jan. 15, just five days before he is set to leave the office. He has long pushed for a full withdrawal of U.S. forces.