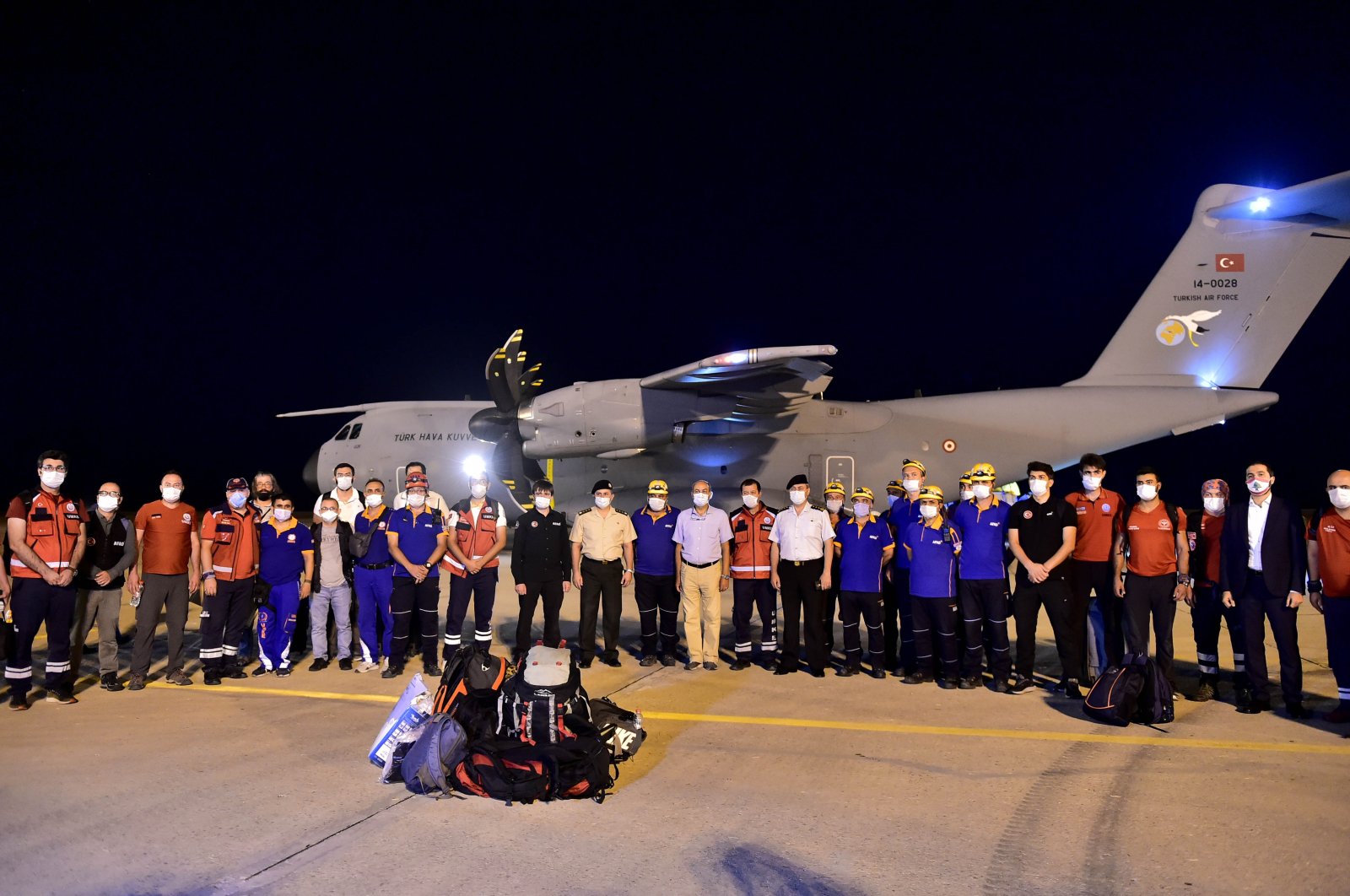 Turkish officials have pledged to support the Lebanese people who were devastated by a deadly explosion that rocked Beirut on Tuesday.

"We stand with our Lebanese brothers and sisters. We share their pain and will do everything we can to relieve them of their distress," Communications Directorate head Fahrettin Altun said on Twitter on Thursday.

"We are delivering our Lebanese brothers and sisters aid via our Koca Yusuf plane."

The Turkish nation "serves peace and stability," he added.

The Turkish ambassador to Lebanon, Hakan Çakıl, also said Turkey will not leave its Lebanese brothers and sisters alone in the wake of the explosion.

Çakıl was attending a ceremony in capital Beirut to receive a Turkish military plane carrying medical aid and a search and rescue team.

The head of Turkey's Disaster and Emergency Management Authority (AFAD), Mehmet Güllüoğlu, also went to Beirut with the search and medical team, saying "we are here until this disaster is over."

There are 40 people in the Turkish team, which will do everything necessary in terms of relief efforts.

President Recep Tayyip Erdoğan had ordered medical and humanitarian aid and a search and rescue team to travel to Beirut following the blast.

Aid material prepared by the Health Ministry, AFAD and the Turkish Red Crescent (Kızılay) was loaded on the plane at Etimesgut Airport in the Turkish capital Ankara and arrived in Beirut on Thursday morning.

The Ruling Justice and Development Party (AK Party) Deputy Chairman Numan Kurtulmuş also said Turkey stands with the people of Lebanon without discrimination in this time of crisis.

Speaking to a local radio program, Kurtulmuş extended his condolences to the people of Lebanon following Tuesday’s massive explosion.

"This has been a devastating disaster. You remain speechless in the face of the footage coming from Beirut. Such a huge amount of chemicals being stocked in one place and different countries warning their citizens brings very different possibilities to mind," he said.

Lebanon has been grappling with civil war for years, and this explosion will shatter the balances in the country, which are already on thin ice, Kurtulmuş added.

"Turkey is prepared to do everything and fulfill its responsibility for the Lebanese people without discrimination. We hope this does not turn out to be a terrorist attack. We stand with Lebanon with all our force."

The capital Beirut and its surrounding suburbs were rocked Tuesday by a massive blast that left at least 135 people dead and nearly 5,000 injured.

Plans are also in motion for the construction of a field hospital, as well as providing humanitarian aid including drugs and medical supplies.