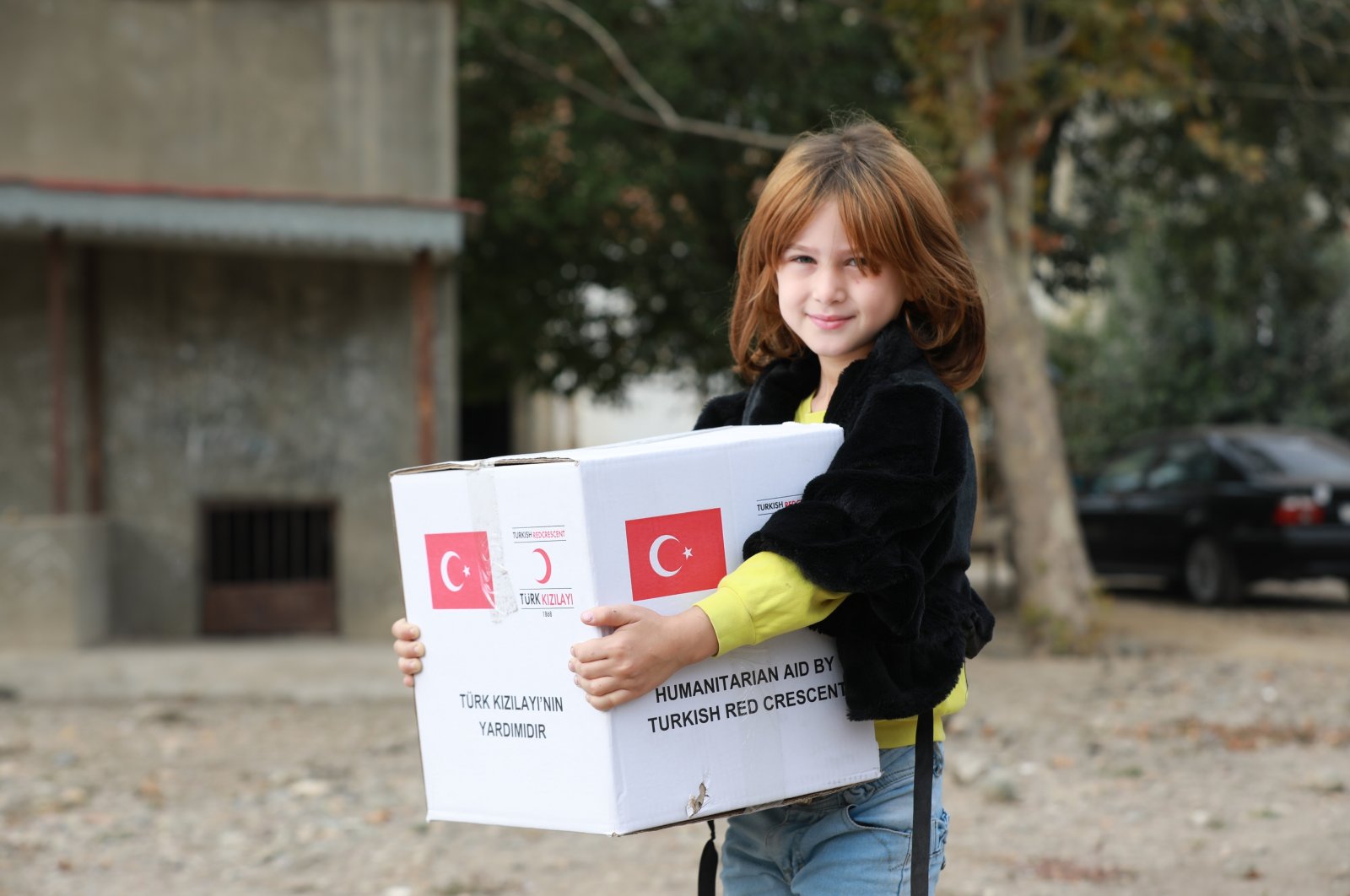 The Turkish Red Crescent (Kızılay) continues to provide relief supplies for Azerbaijani civilians affected by clashes with Armenia in the liberated Nagorno-Karabakh region.

Thousands of Azerbaijanis left their homes and now are living in dormitories, state buildings, or with their relatives.

Red Crescent teams extended Turkey's helping hand to the war victims, by providing hygiene products, blankets and clothing, according to priorities. At least 19 trucks have been sent to the region so far and three more are preparing to depart with fresh supplies.

The Turkish Red Crescent focuses on meeting the needs of children most affected by the clashes, especially orphans or those who lost relatives in the clashes.

Humanitarian aid materials, including clothes, were distributed to families that lost their houses during the war in Fuzuli, Tartar, Ganja, Barda, Agjabedi, Goranboy, Gadabay, Mingachevir, Sumgayit and some other regions. Kızılay is working in coordination with the Azerbaijan Red Crescent.

The Turkish Red Crescent is also running a donation campaign to help the Azerbaijanis forced to abandon their homes due to Armenian aggression.