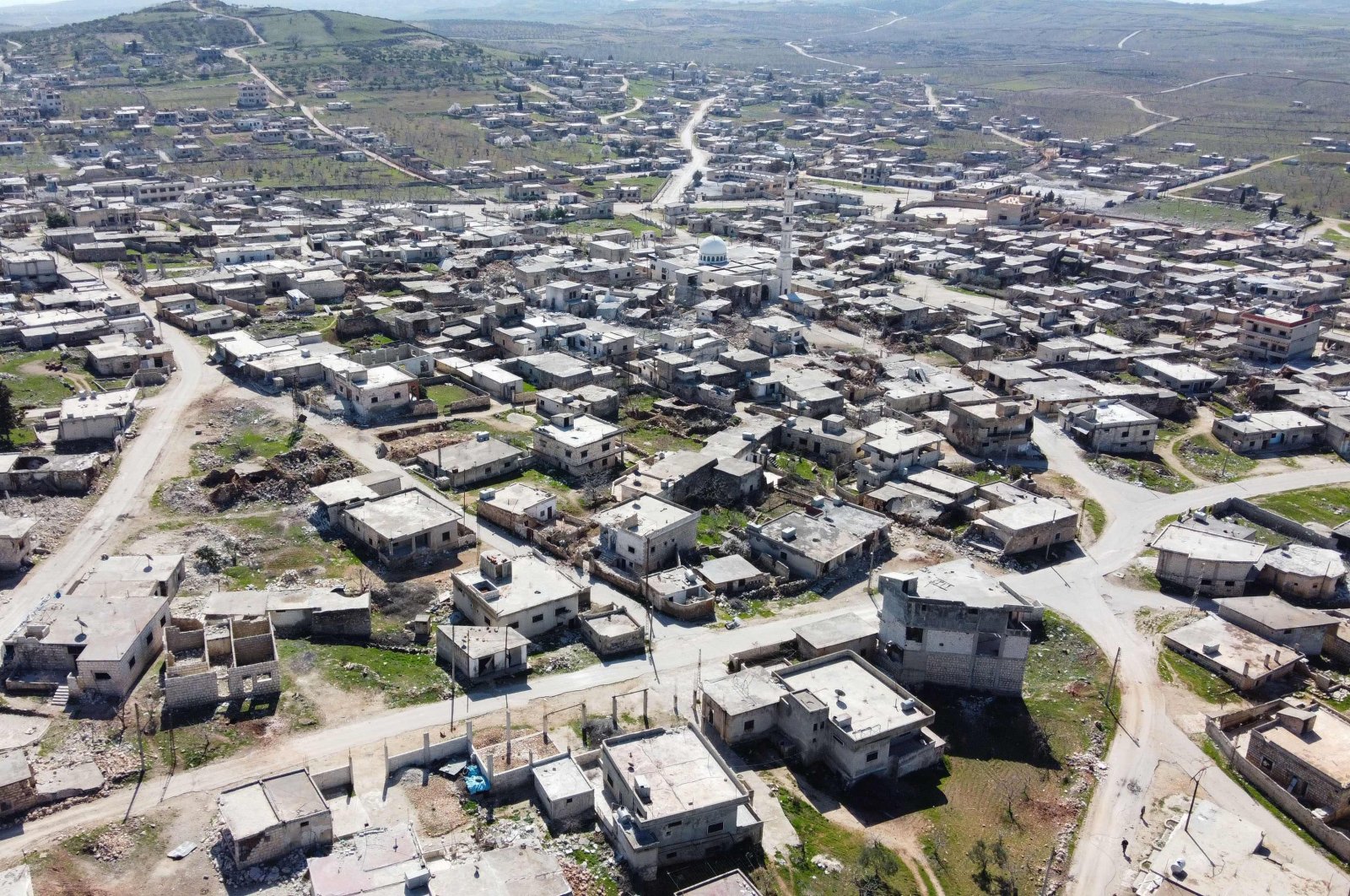 An aerial view shows destruction in the village of Kansafra in al-Zawiya Mountain region of Syria's northwestern province of Idlib on March 8, 2020. (AFP Photo)
by Anadolu Agency Mar 10, 2020 11:01 pm
RECOMMENDED

Turkish and Russian defense ministers held a phone conversation on Tuesday to discuss the situation in the northwestern Syrian province of Idlib.

Hulusi Akar and Sergey Shoygu exchanged views on ways to achieve a permanent cease-fire among conflict parties in Idlib, according to the Turkish National Defense Ministry.

The two ministers also discussed how to establish stable conditions for more than one million displaced people, 81% of whom are women and children, to return their homes, said Turkish Defense Ministry in a statement.

The fulfillment of obligations under the agreements and continuation of efforts to maintain peace and stability in the region was also emphasized during the conversation, according to the statement.

Turkish President Recep Tayyip Erdoğan and his Russian counterpart Vladimir Putin agreed last week to a new cease-fire for Idlib effective as of midnight on March 5.

Under the agreement, all military activities in Idlib are to be ceased, with the establishment of a security corridor 6 kilometers (3.7 miles) to the north and south of the key M4 highway.

Turkey launched Operation Spring Shield on Feb. 27 after at least 34 Turkish soldiers were martyred last month in an Assad regime airstrike in Idlib province, and after repeated violations of previous cease-fires.

Under a 2018 deal with Russia, Turkish troops were to be placed in Idlib to protect civilians from attacks by the regime and terrorist groups.

Idlib is currently home to four million civilians, including hundreds of thousands displaced in recent years by regime forces throughout the war-torn country.

In recent months, nearly 1.7 million Syrians have moved near the Turkish border due to intense attacks by Assad regime and its allies.