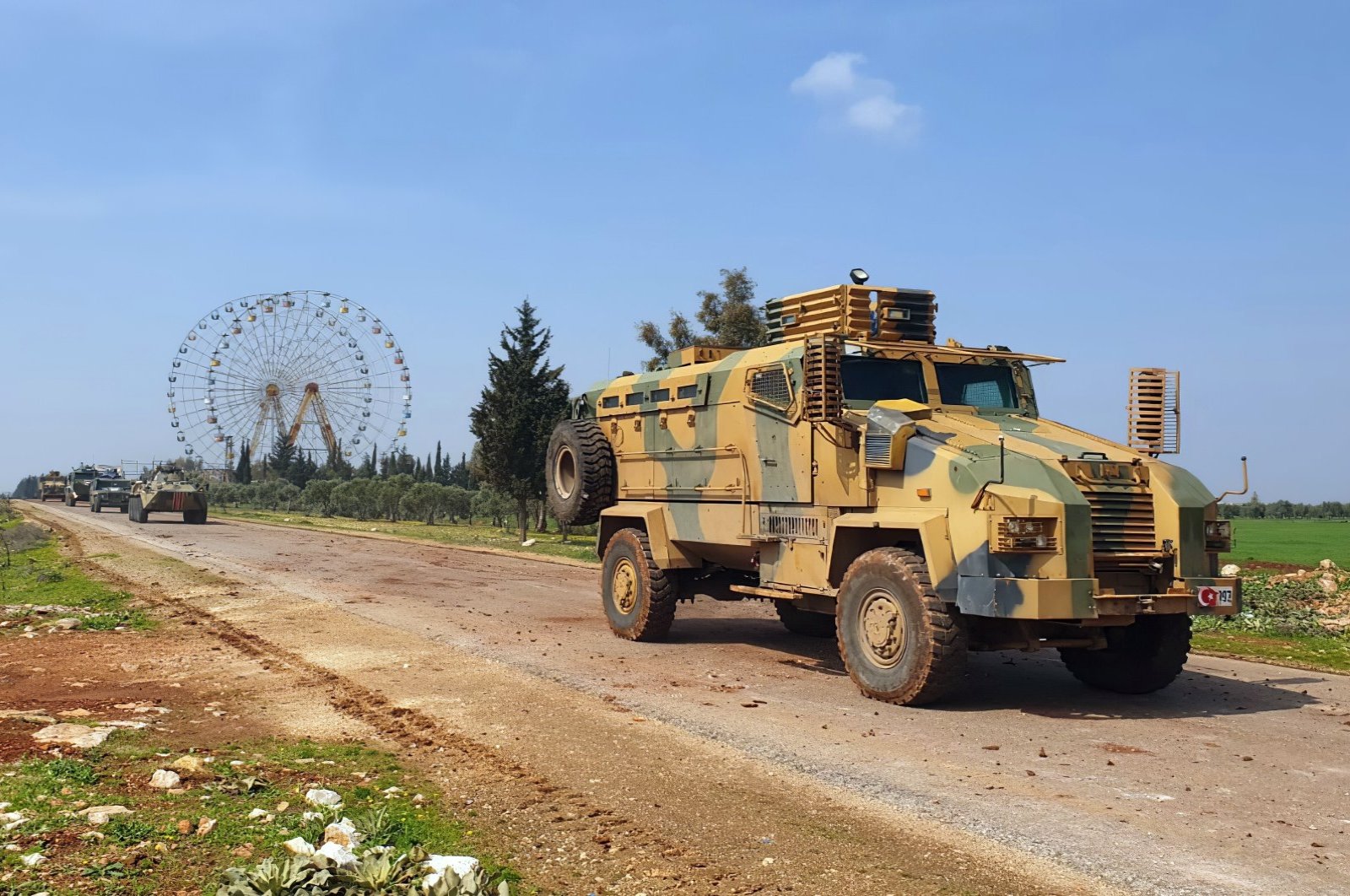 Turkish and Russian troops carried out a joint military drill in northwestern Syria's Idlib on Monday.

The exercise was reportedly aimed at increasing the efficiency of coordination in emergencies, such as during militant attacks on joint patrol convoys.

Yevgeniy Polyakov, vice president of the coordination center of the de-escalation zone in Idlib, confirmed reporters about the Turkey-Russia drill.

"Efforts were made for the coordination of the soldiers directly involved in the patrol and establish communication using special signals," he said.

Polyakov said the main purpose of the exercise was to improve coordination between the soldiers of the two countries in case of an emergency, such as when militants attack a patrol convoy.

According to Polyakov, work was carried out to ensure the evacuation of potential wounded troops and damaged military vehicles as part of the exercise.

Terrorist groups in the region sometimes attack joint military patrols carried out by the Turkish and Russian military forces.

Last month, a Turkish military vehicle was hit in a blast during the 25th joint Russian-Turkish patrol in the region.

Ankara reported material damage but no deaths. The rocket-propelled grenade attack was carried out by terrorists near the town of Ariha in Idlib.

Meanwhile, according to a statement by Russia's Southern Military Unit, a military police battalion ensured the security of the Russian-Turkish joint patrol, completing its duties before returning home.

"The military police battalion was providing security during humanitarian operations and Russian-Turkish military patrols in northern Syria. Soldiers in the battalion fulfilled the task they were given and returned home without any casualties."

The deal addresses Turkey's main concerns, stopping a further flow of refugees and preventing the deaths of more Turkish soldiers on the ground.

As a result, Turkey, which has the second-largest army in NATO, sent troops and equipment into the region to stop the Syrian regime's advance.