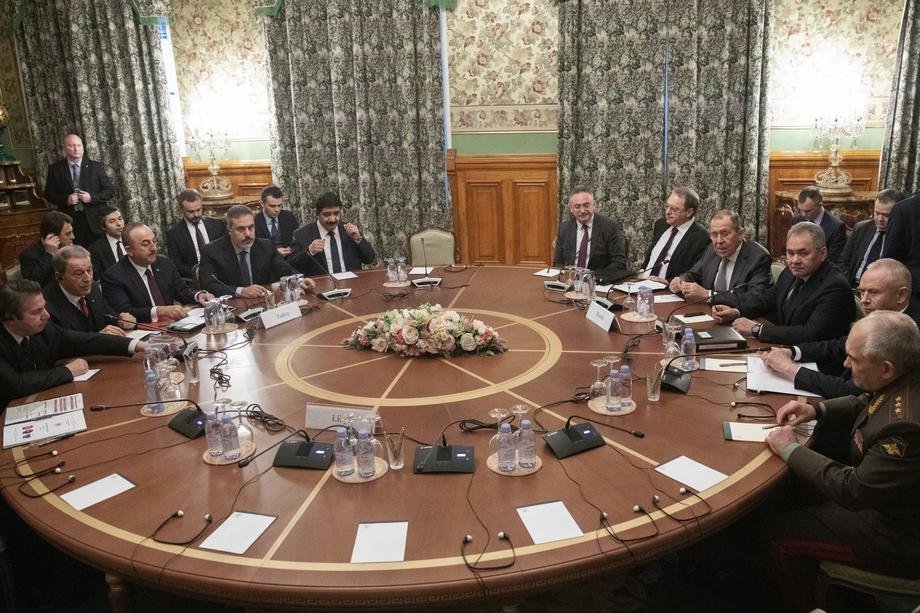 The deputy foreign ministers of Turkey and Russia discussed settling the crises in Libya and Syria in the capital Moscow, Russia’s Foreign Ministry said late Thursday.

During the meeting between Sedat Önal and Mikhail Bogdanov, it was stated that progress has been made regarding intra-Libyan political, military and economic negotiations, the ministry said in a statement published on its website.

The two highlighted the importance of dialogue among Libyans, in line with the Berlin conference and U.N. Security Council (UNSC) decisions.

In the Libyan conflict, rival power centers and a myriad of militias are vying for control, human rights violations have been rampant and traffickers are using the chaos to smuggle desperate migrants on dangerous sea journeys to Europe.

The capital Tripoli in the west is held by the U.N.-recognized Government of National Accord (GNA), while a parliament based in the eastern city of Tobruk is backed by illegitimate forces led by putschist Gen. Khalifa Haftar.

Haftar, mainly supported by Russia, the United Arab Emirates (UAE) and Egypt, launched an offensive on Tripoli in April 2019 but was pushed back early this year as pro-GNA forces received crucial support from Turkey. Fighting has since stalled around the central coastal city of Sirte.

Libya's rival factions have agreed to a lull in fighting and to open internal land and air routes, the U.N.'s envoy to the troubled North African country said Wednesday, expressing optimism about prospects of a cease-fire.

In Geneva, the two sides had agreed to "support and continue the current calm on the frontlines and to avoid any military escalation," said Stephanie Williams, acting head of the U.N. Support Mission in Libya (UNSMIL).

"I'm quite optimistic. ... There is an air of seriousness and commitment," she said on the prospect of a cease-fire.

Regarding the situation in Syria, the parties pointed out “the relevance of further coordinated efforts of Russia and Turkey, including as part of the Astana process, on assisting in reaching a comprehensive settlement on the basis of Resolution 2254 of the U.N. Security Council and the commitment to the principles of the unity, territorial integrity and sovereignty of Syria," the statement added.

The Astana peace process to end the Syrian conflict was launched in January 2017 by Turkey, Russia and Iran. While Turkey is the main backer of the moderate opposition groups against the Syrian regime led by Bashar Assad, Russia has provided strong support to the regime leader since its direct military involvement in 2015.