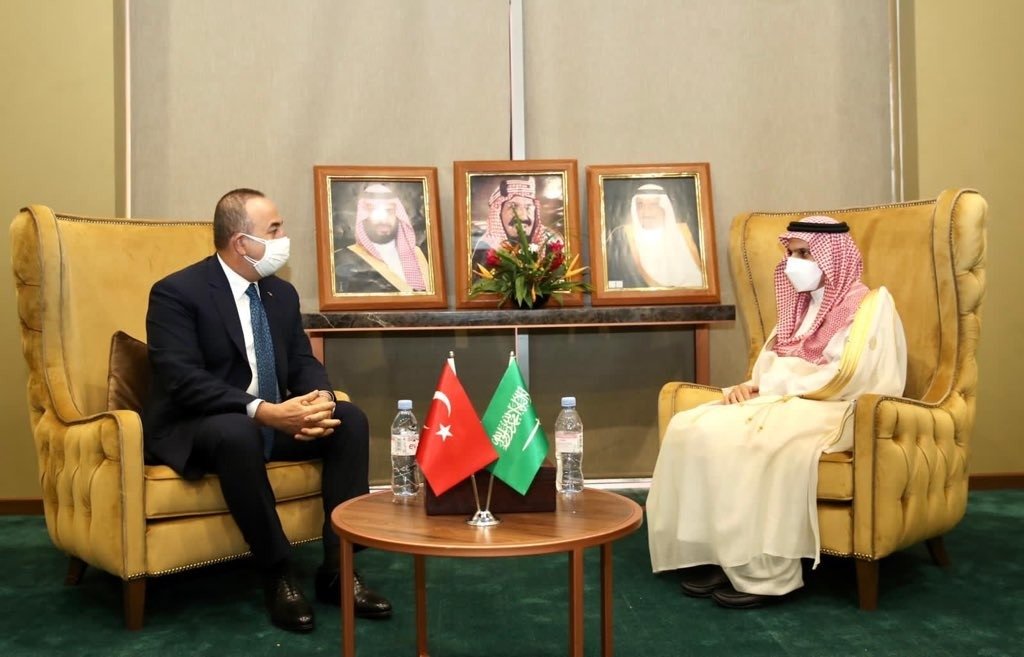 Turkey's Foreign Minister Mevlüt Çavuşoğlu said on Friday that he held a "sincere" meeting with his Saudi counterpart in which they discussed bilateral relations and regional issues.

Çavuşoğlu said in a tweet that the meeting with Faisal bin Farhan Al Saud was held on the occasion of the 47th session of Organization of Islamic Cooperation's (OIC) Council of Foreign Ministers.

"A strong Turkey-Saudi partnership benefits not only our countries but the whole region," Çavuşoğlu said, adding Ankara attaches high importance to its bilateral ties with Riyadh.

In a separate post, Çavuşoğlu said he attended the Youth Council of Foreign Ministers organized by the OIC.

"With such gatherings, one can feel the dynamism of the Muslim youth," he said. "The Ummah [community] trusts the youth's energy to cope with challenges."