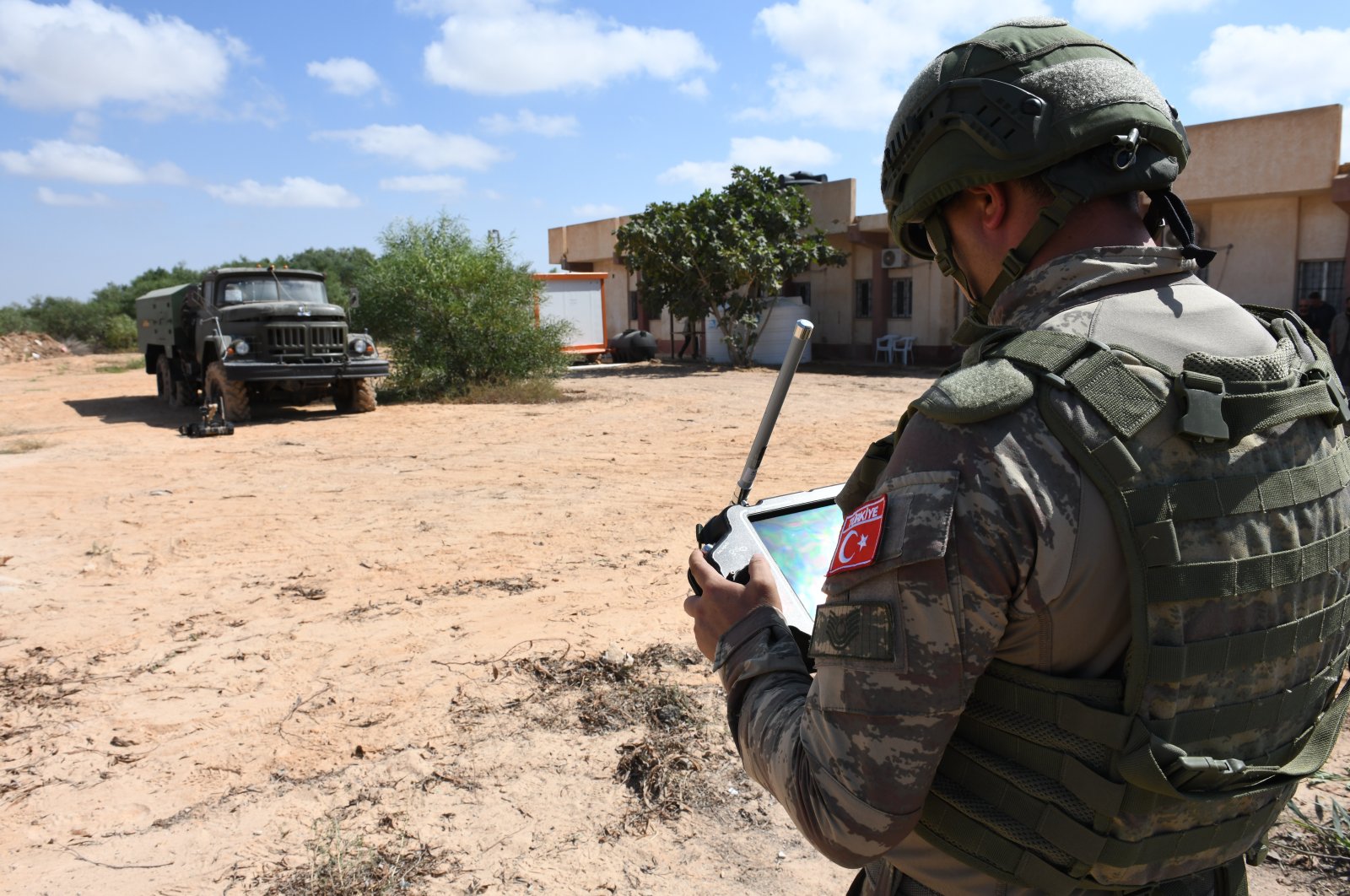 Turkish soldiers, who are in Libya by official invitation from the United Nations-recognized Government of National Accord (GNA), conduct demining activities in southern Tripoli, Libya, Aug. 6, 2020. (AA PHoto)
by DAILY SABAH WITH AA Dec 04, 2020 10:38 am
RECOMMENDED

"As part of the 'Military Training, Cooperation and Consultancy Agreement,' Multiple Rocket Launcher Training was provided to the Libyan Armed Forces," the ministry said on Twitter.

TSK personnel, who are in Libya by official invitation from the United Nations-recognized Government of National Accord (GNA), have been providing support to hundreds of Libyan military students in various capacities.

On Nov. 27, 2019, Ankara and Tripoli signed two memorandums of understanding (MoU): one on military cooperation and the other on maritime boundaries of countries in the Eastern Mediterranean.

The MoU involves technical information, support, development, maintenance, repair, planning and material support and training and consultancy services regarding the use of weapons systems and equipment. It covers joint military exercises, the security and defense industry, counterterrorism, illegal migration, the security of land, sea and air borders, narco-terrorism, smuggling prevention, operations on improvised explosives and natural disasters, joint training operations and the organizational structure of defense and security forces.

Turkey is a longtime supporter of Libya's GNA, established in late 2015 under an agreement for a political solution in the country, the same government that the U.N. has recognized as Libya's legitimate administration since the day it was founded.

Despite this agreement, some European and regional countries supported attacks launched by Gen. Khalifa Haftar, the leader of illegitimate militias in Libya, as he tried to seize the capital Tripoli in April 2019. Most international actors remained silent in the face of the putschist's attacks.

Nevertheless, the two pacts with Turkey shifted the balance of power in the country in favor of the legitimate government. Turkey's support for the war-torn country prevented it from plunging into further conflict and paved the way for a U.N.-led political solution between the warring parties.