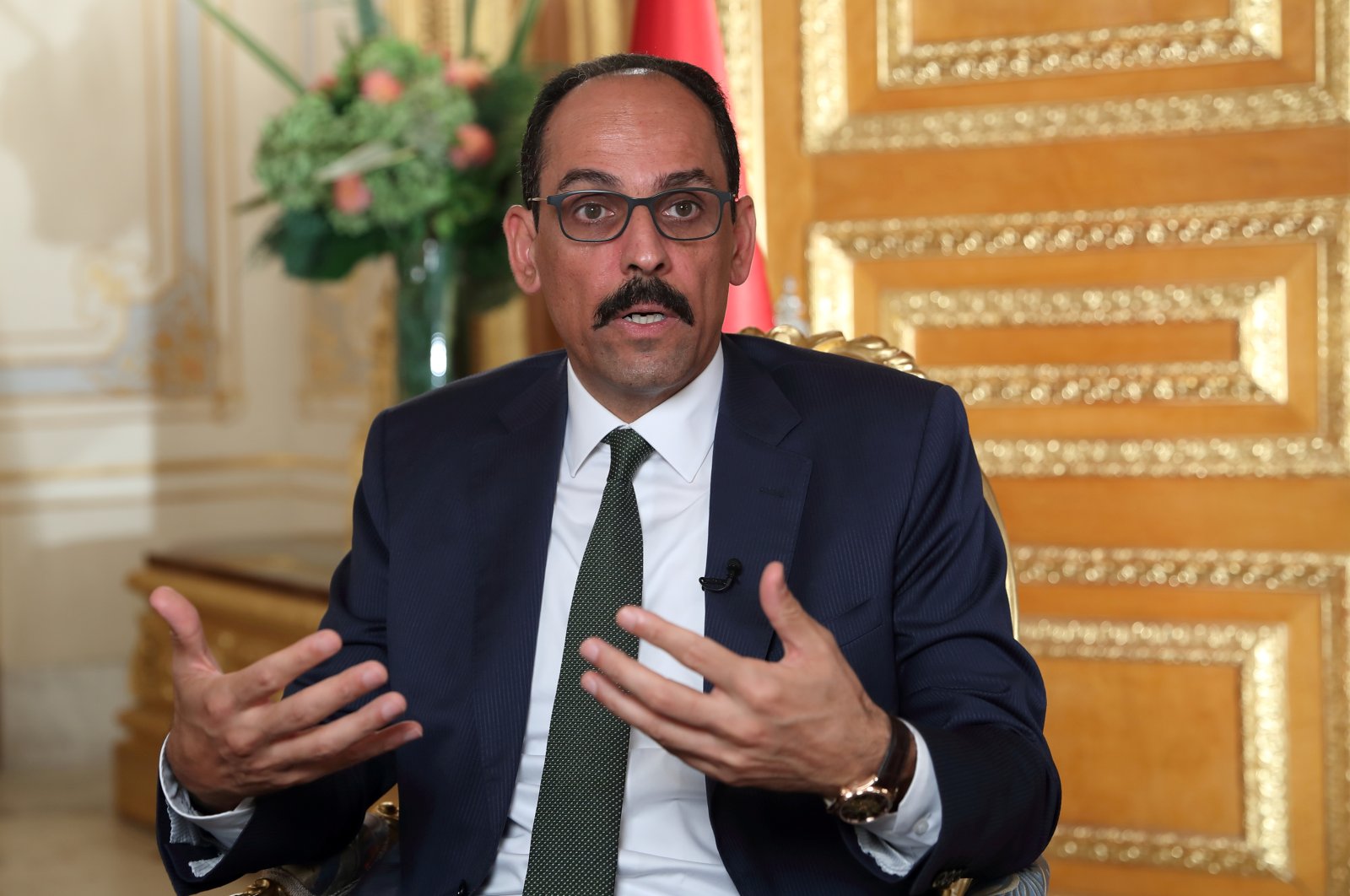 According to a written statement by Ankara, Kalın told O'Brien that while supporting the cease-fire between Azerbaijan and Armenia declared on humanitarian grounds, a permanent solution can only be achieved through Armenia's withdrawal from the occupied Azerbaijani territory of Nagorno-Karabakh and its surroundings.

Armenia's attacks against civilians violate international law, and they are not acceptable, Kalın stressed in the phone talk, according to the statement.

He also noted that the international community should take concrete steps to ensure the territorial integrity of Azerbaijan within the framework of the United Nations Security Council (UNSC) and Organization for Security and Co-operation in Europe (OSCE) resolutions.

Twenty percent of Azerbaijan's territory has remained under illegal Armenian occupation for around three decades.

The OSCE Minsk Group – co-chaired by France, Russia, and the U.S. – was formed in 1992 by OSCE to find a peaceful solution to the conflict, but to no avail. A cease-fire, however, was agreed to in 1994.

Turkey's expectation from the U.S. to take a fair and impartial stance on the Eastern Mediterranean issue was also reiterated, the statement added.

Declaring the Greek-Egyptian deal "null and void," Turkey authorized the Oruç Reis to continue activities in an area within Turkey's continental shelf.

Also speaking in a televised interview on Tuesday, Kalın underlined the "very special relations" between Turkey and Azerbaijan.

Kalin said there is currently a power struggle in the South Caucasus, referring to ongoing clashes between Azerbaijan and Armenia.

He said all parties in Turkey support Azerbaijan.

Refuting claims by the Armenian side blaming Turkey for violating a cease-fire, the top Turkish official noted that the country favors a diplomatic solution in the region while stressing the importance of Armenia ending its occupation of Azerbaijani lands.

Kalın further pointed out that it would not be possible to end the conflict between Azerbaijan and Armenia without the Minsk Group putting forward an action plan with a clear-cut framework and dates.

Regarding the Eastern Mediterranean, Kalın said the path for diplomacy remains open.

Underscoring that the recently announced survey activity of the Oruç Reis research vessel is in an area within Turkey's continental shelf, he reiterated that Greece's demands regarding the Eastern Mediterranean are "unjust."

In response to a question regarding the possible restoration of ties between Turkey and Egypt, Kalın said "If Egypt reveals a willingness to act with a positive agenda on regional issues, Turkey would not leave it unanswered."