UAE, Egypt not after political solution in Libya: Turkey's FM 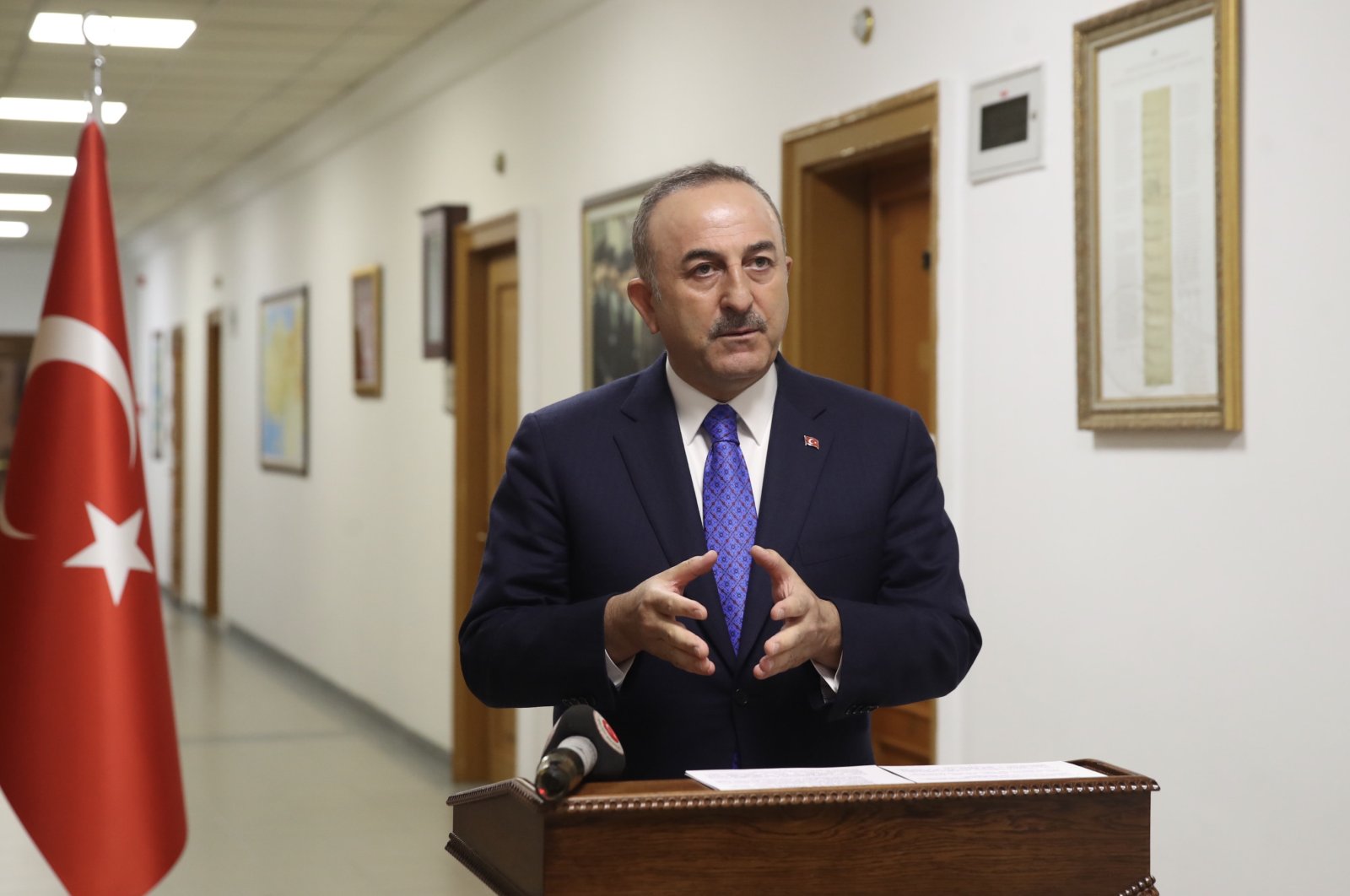 None of the backers of the militia of warlord Khalifa Haftar are in favor of a political compromise in Libya, Turkey's foreign minister said on Wednesday.

"The Haftar side doesn't want a political solution in Libya, nor do the countries backing Haftar such as the UAE (United Arab Emirates), Egypt and Russian-backed Wagner (Group) mercenaries," Mevlüt Çavuşoğlu said in a televised interview, adding that Haftar cannot win the ongoing conflict in Libya

The Libyan government has been under attack by Haftar's forces since April 2019, with more than 1,000 killed in the violence.

The UAE has been under fire recently for supporting chaos in Libya by backing warlord Haftar, who has been engaged in an attempt to seize the capital from the United Nations-recognized Government of National Accord (GNA). Several U.N. and rights groups' reports revealed the country’s activities in Libya. For instance, it has been documented that the UAE illegally benefits from the conflict-ravaged country’s oil reserves in order to provide financial resources to Haftar's forces.

The UAE has also spent a fortune supporting Haftar, despite his failures. Although there has been an international arms embargo on the war-torn country in place since 2011, the Persian Gulf nation has been continually looking for ways to get heavy and strategic weapons to Haftar and his forces in eastern Libya to overthrow the government since 2014.

U.N. reports reveal that Egypt is also involved in Libya, allowing the UAE to use its territory as a supply base.

The UAE and Egypt, however, are not the only countries that support the illegitimate Haftar militias in Libya. The involvement of Russia, in particular, in the process has been reported many times by international agencies.

A confidential U.N. report by experts monitoring the arms embargo confirmed the presence of troops from Russia’s Wagner Group in Libya, as well as Syrian fighters from Damascus, both supporting Haftar in the region.

The latest transfer of Syrian fighters to Libya via Russia took place last week as local sources confirmed that Damascus sent 150 fighters to join Haftar as mercenaries. The Syrian mercenaries will receive between $1,000 and $1,500 from Russia in return for their services, the sources added.

On recent developments in the U.S., Çavuşoğlu called for clear-headedness amid protests over the killing of George Floyd, an unarmed black man who died last week after being pinned down on his neck by a white police officer.

"It is unacceptable for police to kill any person in such a way, regardless of race or religion," said Çavuşoğlu.

Floyd, a black man who was in handcuffs at the time, died after a policeman, who is white, ignored bystander shouts to get off him, and Floyd's cries that he couldn't breathe. His death, captured on video by a nearby citizen, sparked days of protests in Minneapolis that have spread to cities around the U.S.

On U.S. President Donald Trump saying he would declare far-left anti-fascist group Antifa a terror organization, Çavuşoğlu referred to recent press reports linking the movement to the YPG/PKK group, urging the U.S. to take a similar stance against Antifa as it jointly attacks Turkish soldiers with the YPG/PKK.

Trump’s labeling Antifa as a terrorist organization amid protests raised questions over its affiliated terror groups. As protesters took to the streets in the U.S., a striking statement came from Trump on Sunday, when he tweeted the U.S. would designate the loosely knit movement. “This is an ANTIFA Organization,” he said, accusing the group of orchestrating violence in the country.

With the revelation of the strong links between the Antifa and the YPG/PKK under the pretext of fighting Daesh in Syria, their ideological commonalities and the use of similar tools to create violence and terror to reach their ultimate political goals have also come to light.

Now all eyes are searching for future indicators to see whether the U.S. will designate other terrorist groups connected to Antifa, such as the PKK’s offshoots in Syria, the YPG/PYD/SDF and women's branch YPJ, similarly in the near future.

In its more than 40-year terror campaign against Turkey, the PKK – listed as a terrorist organization by Turkey, the U.S. and the European Union – has been responsible for the deaths of 40,000 people, including women, children and infants. The YPG is the PKK's Syrian offshoot.