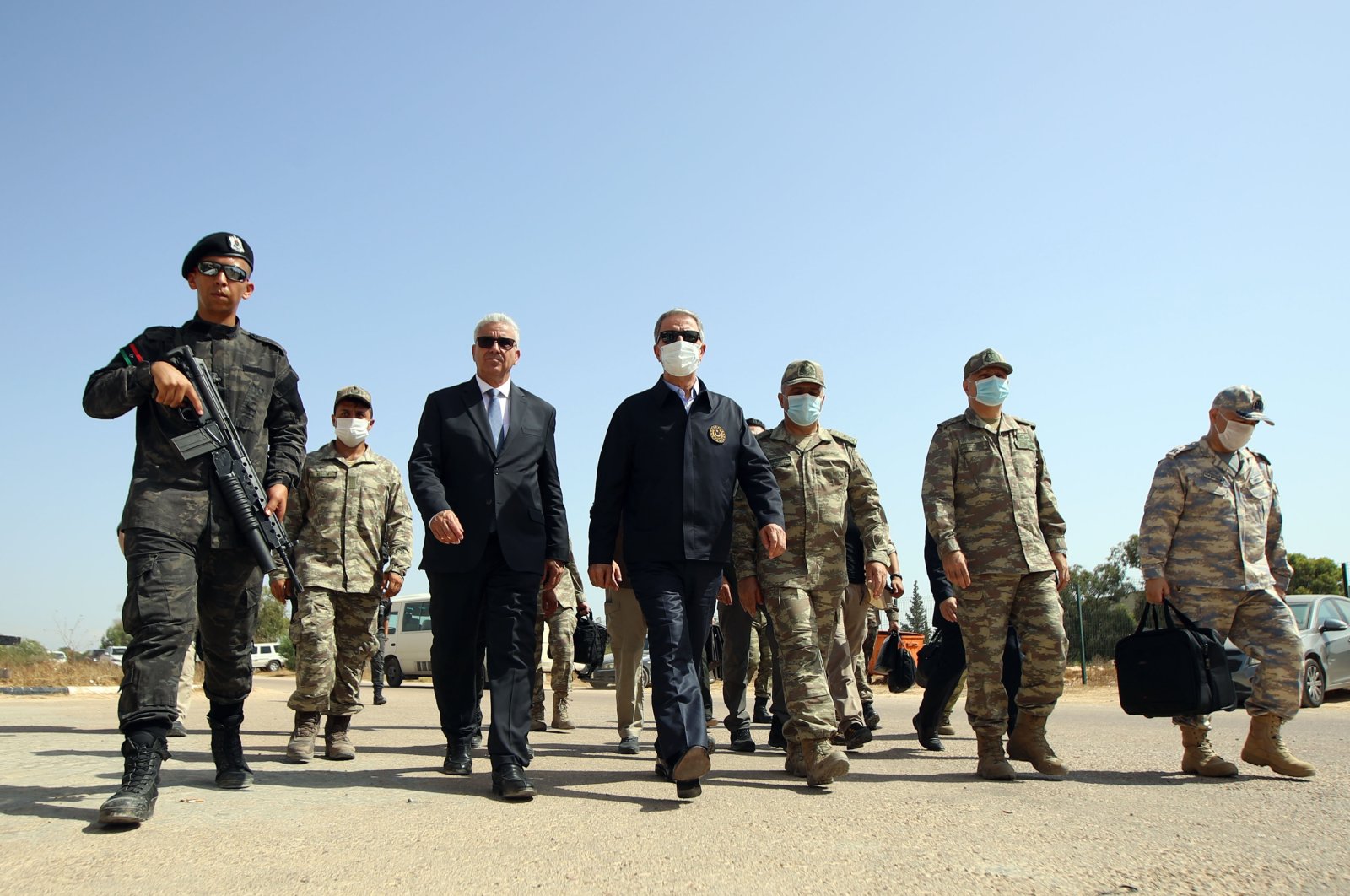 "The statement by Bahrain's Foreign Ministry on National Defense Minister Hulusi Akar's response to questions during an interview with Al Jazeera TV broadcast on July 31 does not reflect the truth," the ministry said in a statement.

Akar told at Al Jazeera on Friday that the UAE has committed malicious acts in Syria and Libya and that the UAE will be held accountable at the right place and time.

"It is an unfortunate and futile effort to characterize the destabilizing activities carried out by the Abu Dhabi administration by violating the universal rules and moral values in regions such as Syria, Libya, Yemen and the Horn of Africa as constructive and to reflect our legitimate reaction to these activities as if against our Arab brothers," the ministry said.

"Arab people are our friends and our brothers," the statement added.

Referring to countries that support putchist Gen. Khalifa Haftar in Libya, the ministry said regional peace, stability and security can only be defended by standing with law and legitimacy, not with coupists.

Noting that relations between Turkey and Libya date back to over 500 years, it said Turkey acts with the principle of "Libya is Libyan" and Turkey's aim is an independent and sovereign Libya led by the United Nations-recognized government.

Turkey will decisively continue to provide military training, assistance and consultation to the Libyan government, it added.

Libya has been torn by civil war since the ouster of late ruler Moammar Gadhafi in 2011. The government was founded in 2015 under a U.N.-led agreement, but efforts for a long-term political settlement failed due to a military offensive by forces loyal to Haftar. Tripoli has battled Haftar's militias since April 2019 in a conflict that has taken more than 1,000 lives.

The U.N. recognizes the Tripoli government headed by Fayez Sarraj as the country's legitimate authority.

The UAE has been sowing chaos in the war-torn country. Human Rights Watch (HRW) in late April confirmed that an airstrike by the UAE on a biscuit factory south of Tripoli, on Nov. 18, 2019, killed eight civilians and injured 27 others.

Additionally, in May, a confidential U.N. report revealed that two Dubai-based companies have been sending Western mercenaries to support Haftar in his offensive.