UK thanks Turkey for medical supplies for COVID-19 outbreak 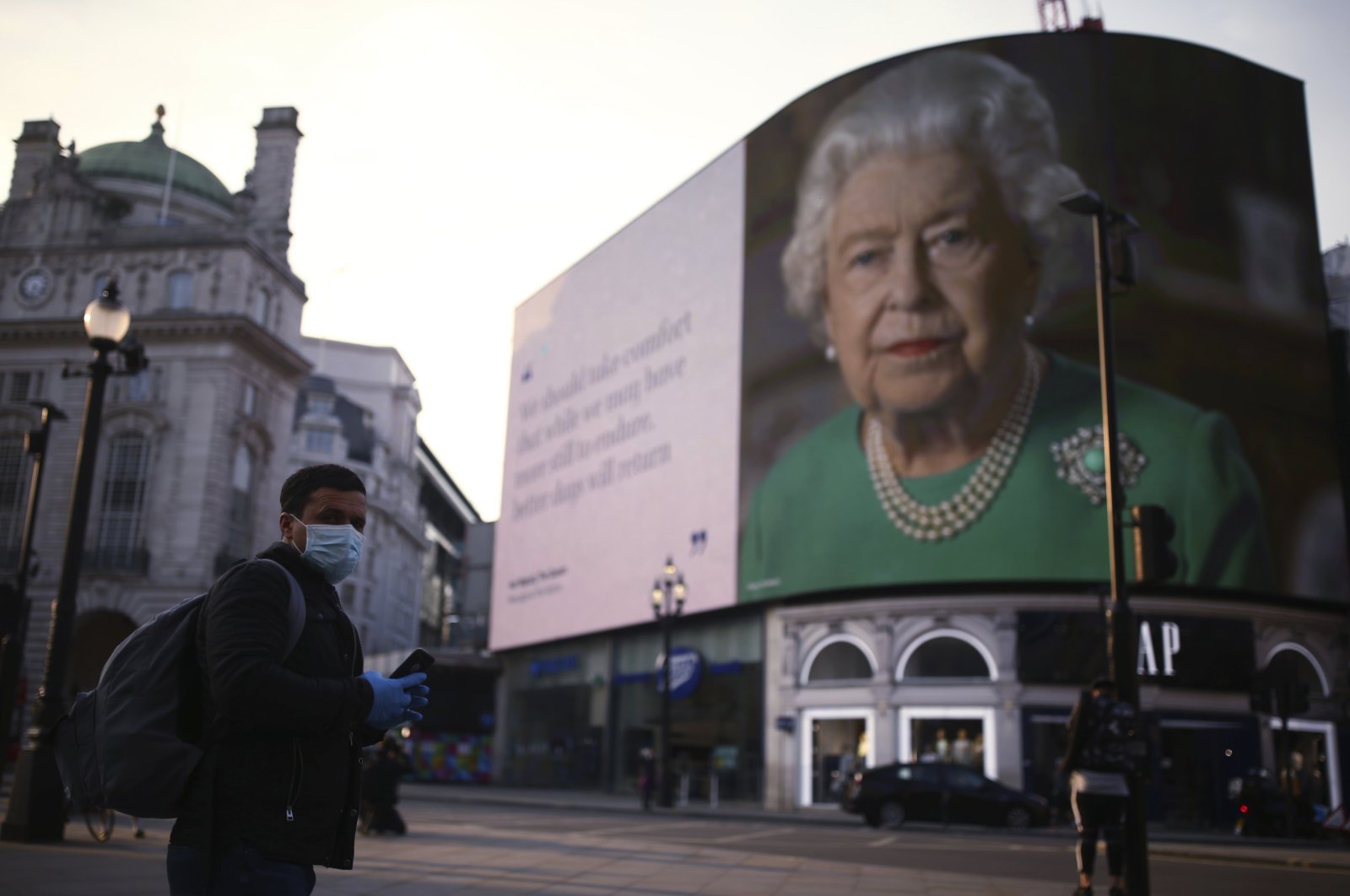 An image of Queen Elizabeth II and quotes from her historic TV broadcast commenting on the coronavirus epidemic are displayed at Piccadilly Circus in London, April 8, 2020. (AP Photo)
by DAILY SABAH Apr 09, 2020 2:47 pm
Edited By Dilara Aslan
RECOMMENDED

Raab spoke via telephone to Foreign Minister Mevlüt Çavuşoğlu and said the supplies were an "indication of strong friendship between the two countries."

He also thanked President Recep Tayyip Erdoğan for his wishes for a speedy recovery to U.K. Prime Minister Boris Johnson, who was admitted to intensive care Monday as his condition deteriorated since being infected with the virus nearly two weeks ago. The premier had asked Raab to take his place when necessary.

The 55-year-old leader had been quarantined in his Downing Street residence since being diagnosed with COVID-19 on March 26 – the first known head of government to fall ill with the virus.

As almost all countries around the globe struggle to fight the spread and the effects of the coronavirus pandemic, Turkey has been sending medical aid to almost 30 countries in need, including Italy, Spain and several Balkan countries.

The U.K. has around 60,000 confirmed cases of the virus while at least 7,000 have died so far. Britain said on Wednesday it aimed to roll out millions of coronavirus tests in the coming months after criticism that it had moved too slowly on the issue, adding that a partnership with private firms would help it hit 100,000 tests a day by the end of April. The Department of Health said a new testing laboratory set up by AstraZeneca, GSK and Cambridge University would aim to carry out 30,000 tests a day by May, and Thermo Fisher would continue to supply the U.K. with testing kits and aim to scale up manufacturing.