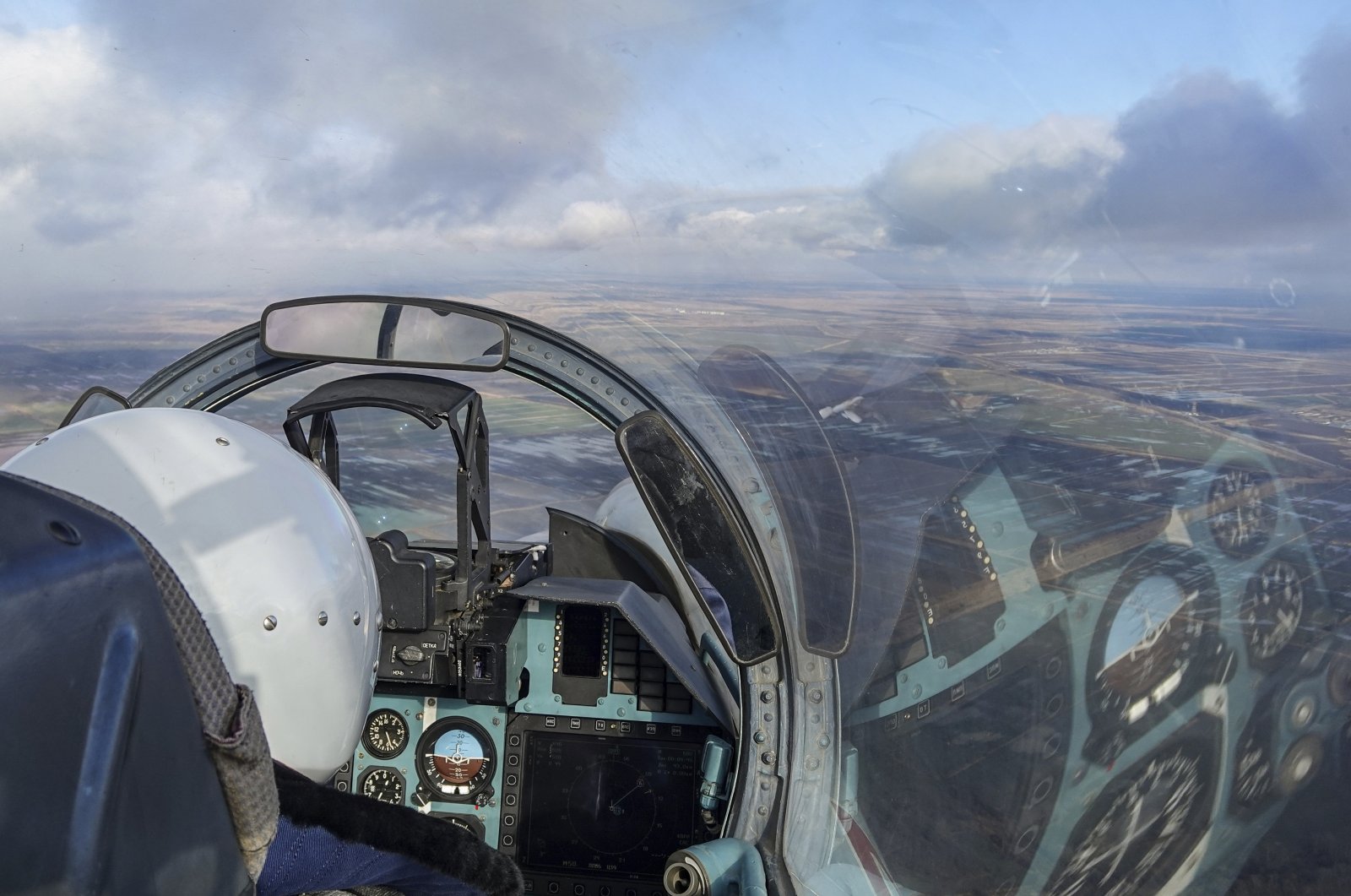 Ukraine's envoy welcomed Turkey's offer to act as a mediator with Russia amid ongoing tensions between Moscow and Kyiv.

"Both Ukraine and Turkey want to ensure stability and peace in our region. We're working together to ensure this stability," Ukrainian Ambassador Vasyl Bodnar said at a conference held by the Ankara Center for Crisis and Policy Studies (ANKASAM) in the Turkish capital.

Underlining that Ukraine and Turkey had achieved significant progress in terms of developing relations over the last 30 years, he said the two countries share common interests.

Referring to President Recep Tayyip Erdoğan's offer for his country to mediate between Russia and Ukraine, he said: "I'd like to express that we welcome Turkey's offer of mediation, especially in this context, your president's offer to invite both our president (Volodymyr Zelensky) and (Russian President Vladimir) Putin to Turkey, and also his role as a mediator in this matter."

"The Ukrainian side welcomes this offer and is ready to hold these negotiations in any format. I hope Moscow will likewise consider it positively," he added.

Noting that Turkey and Ukraine both have strong economies and that their bilateral trade is increasing further, he said: "We've reached the stage of signing a free trade agreement. Even without a free trade deal, our trade volume has increased by 50% in 2021."

Noting that Turkish businesses are in a leading position in large projects in Ukraine, he said more than 35,000 Ukrainians currently live in Turkey.

On tensions between Kyiv and Moscow, Bodnar said this conflict had been going on for eight years.

"Therefore, the presence of Russian soldiers on the Ukrainian border is nothing new to us, but what is new here is their number and intentions. We're ready to hold negotiations in any format and the Ukrainian side has welcomed all previously existing formats," he said.

"We're doing our best to solve it. On the other hand, we need to strengthen both our defense and the defense capacity of our army. We're ready for the worst scenario, we're ready to defend ourselves," he added.

Underlining that it had been "a big mistake" not to accept Ukraine into NATO in 2008, he said Kyiv's membership would increase the security of NATO allies.

Stressing that Ukraine's NATO membership would be one of "the strongest factors that can stop Russia," he said NATO would not have to send troops to Ukraine if it became a member of the alliance.

"Ukraine is ready to defend itself, but expects the following understanding from both NATO and European countries: Russian aggression may not stay only in Ukraine, but in other countries over time. The front that exists in Ukraine today is actually protecting not only Ukraine but all of Europe from war," he added.

On Sunday and Monday, the United States and United Kingdom governments decided to withdraw the families of their diplomats in Kyiv.

NATO allies are sending more ships and jets to "enhance deterrence and defense" in eastern Europe as Russia "continues its military build-up in and around Ukraine," the organization announced on Monday.

The U.S., with its European allies, has been warning that Russia is setting the stage for an invasion of Ukraine and has pre-positioned over 100,000 troops on its border with the former Soviet republic alongside significant artillery and tank deployments.

Moscow has denied preparing for a military offensive, saying its troops are there for regular exercises.

NATO began to increase its presence in eastern Europe following Russia's illegal annexation of Crimea in 2014.