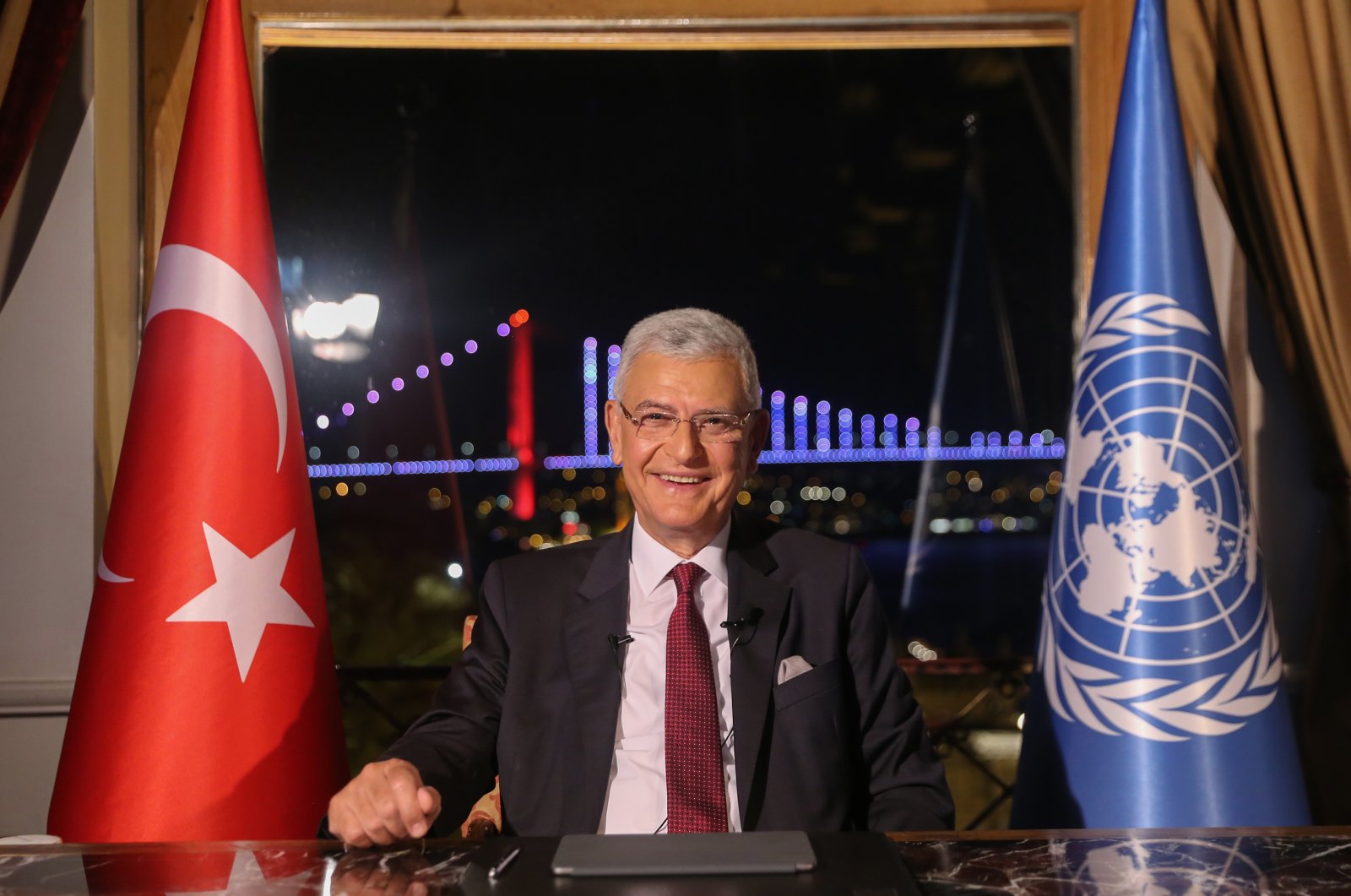 Newly elected Turkish U.N. General Assembly (UNGA) President Volkan Bozkır said Monday that as president, he will be serving all U.N. members and represent the U.N.'s membership as a whole.

"The expectations and views of each and every group and their members will be equally important and valuable to me," he said at his inauguration ceremony via videoconference.

The General Assembly last Wednesday elected Bozkır, a former Turkish ambassador, to be its president ahead of the 75th General Debate in September.

In a secret ballot, Bozkır, who ran unopposed, received 178 votes from the body, with 11 abstentions.

In his speech, Bozkır expressed his gratitude to U.N. states, Turkish President Recep Tayyip Erdoğan and Foreign Minister Mevlüt Çavuşoğlu for their confidence and support in his election.

"This is also a unique privilege as we marked the 75th anniversary of our organization," he said, adding it is a great honor to have the support of its members.

Stressing that humanitarian crises, deadly conflicts and COVID-19 are global issues that require global responses, he said the General Assembly, the parliament of the world, is uniquely situated to steer multilateral efforts.

"Consensus building will be at the core of my efforts. I will use to the extent possible moral authority and the soft power of the president of the General Assembly. The guiding principles of my presidency will be impartiality, effectiveness, transparency and nondiscrimination," Bozkır added.

The three pillars of the United Nations — peace and security, sustainable development and human rights — will receive equal and balanced attention during his term in office, he noted.

Touching on COVID-19 as a health emergency and humanitarian crisis, he said the virus is also a threat with social, political and economic consequences.

"In our collective response to the pandemic, we must focus on the special needs of the most vulnerable across the three pillars of the U.N."

Bozkır is the first Turkish national to head the General Assembly. He will take office in September and hold the post for one year.

He is currently a ruling Justice and Development Party (AK Party) lawmaker from Istanbul and the head of Parliament's Foreign Affairs Committee.

He was elected to the Turkish legislature in 2011 following nearly 40 years in the foreign service which included posts in Germany, New York, Baghdad and Romania.

Bozkır also served as Turkey's minister for EU affairs and chief negotiator for EU accession between 2014 and 2016.

The General Assembly is the main deliberative policymaking and representative organ of the U.N.

It provides a forum to discuss all international affairs for the 193 nations of the U.N.