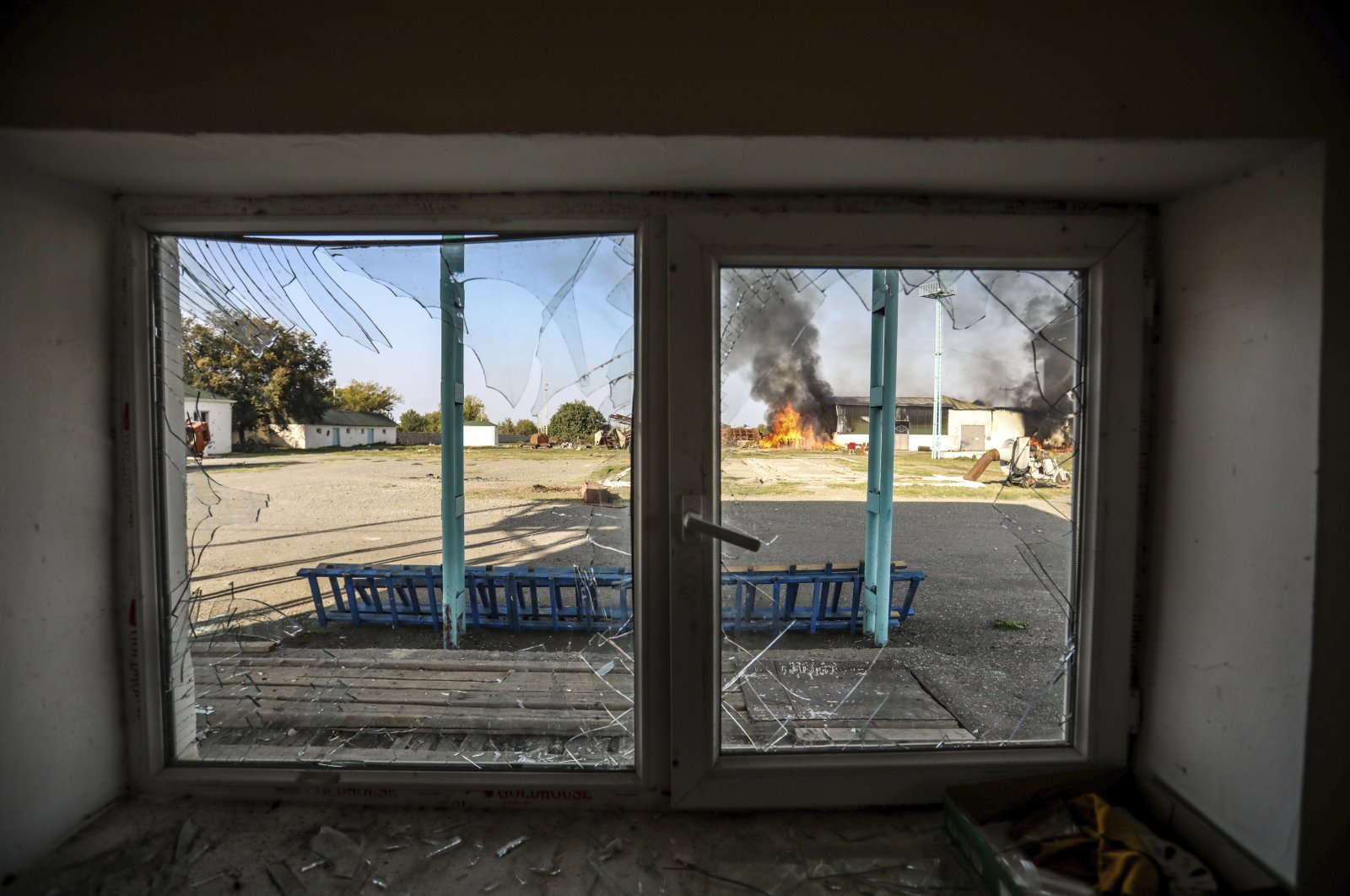 A view of a fire near a local factory following recent shelling during fighting over the occupied region of Nagorno-Karabakh, in Tartar, Azerbaijan, Oct. 19, 2020. (AP Photo)
by Daily Sabah with AFP
Oct 20, 2020 10:15 am

United Nations Security Council (UNSC) members called on Armenia and Azerbaijan to respect a new cease-fire in Nagorno-Karabakh during a meeting on the occupied region Monday.

The council held closed-door discussions at the U.N. headquarters in New York on the fighting, which has left hundreds dead since clashes erupted on Sept. 27.

During the meeting – which was requested by France, Russia and the United States – the council's 15 members reiterated a plea by U.N. chief Antonio Guterres for parties to honor a new cease-fire.

"Everyone was saying the same thing: The situation is bad and both sides need to pull back and heed the secretary-general's calls for a cease-fire," a U.N. diplomat said.

Russia, which currently holds the council's rotating presidency, is working on a statement that would call for adherence to the cease-fire, diplomats say.

The text – which is expected to be agreed upon between council members this week – will also call on Armenia and Azerbaijan to resume negotiations facilitated by the Minsk Group. Russia, France and the U.S. chair the group, which was created by the Organization for Security and Co-operation (OSCE) in 1992 to find a solution to the territorial conflict.

A new cease-fire, the second since hostilities around Armenian-occupied Nagorno-Karabakh began on Sept. 27, was announced Saturday and took effect at midnight, but Armenia immediately violated the truce by carrying out attacks against civilians.

The cease-fire was reached between Baku and Yerevan after the Oct. 10 truce, to allow an exchange of prisoners and the recovery of bodies. It was breached hours later by Armenian missile attacks on Azerbaijan's city of Ganja.