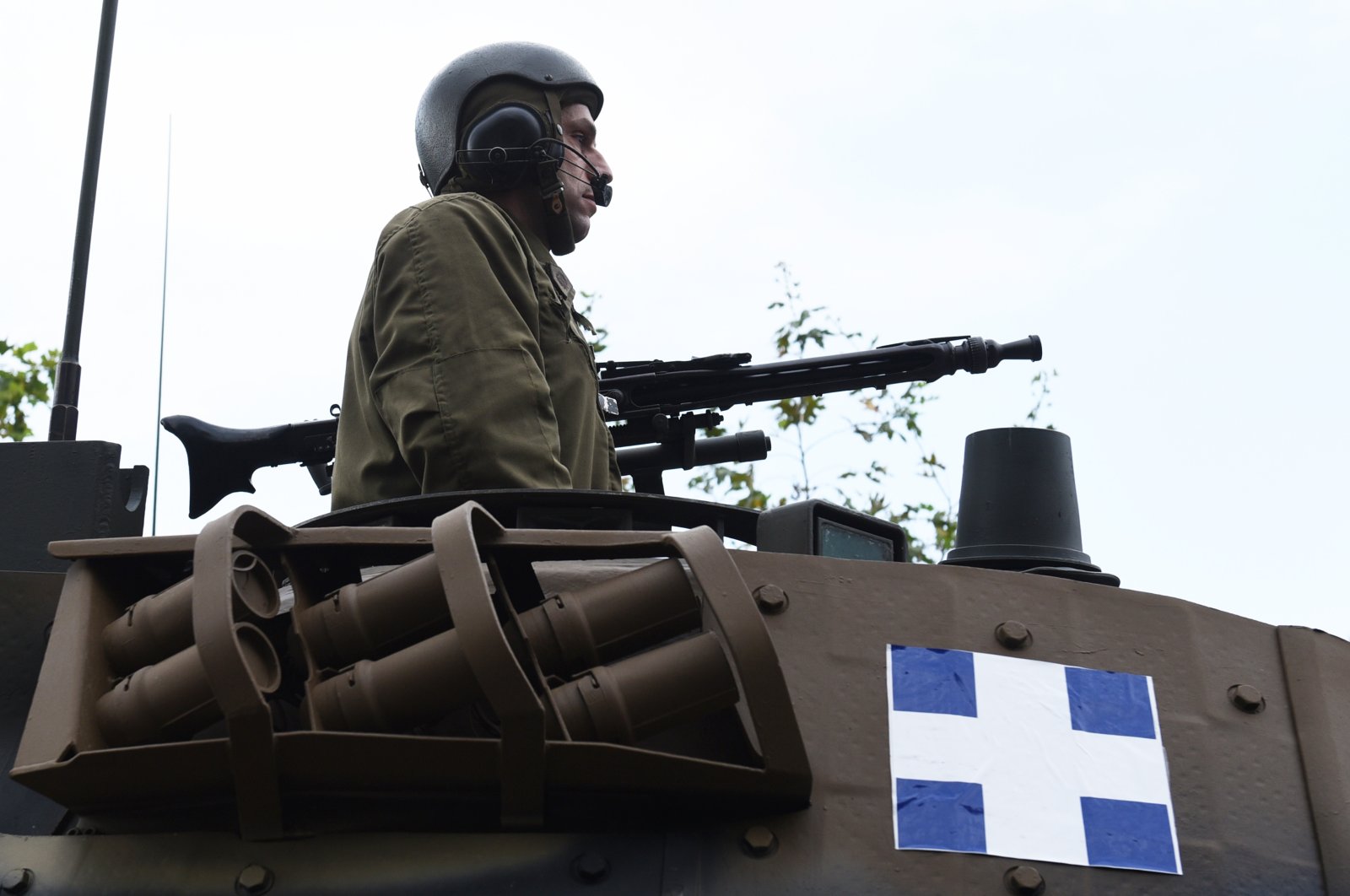 In this Oct. 28, 2015 file photo, a gunner atop a tank parades through the streets of the northern port city of Thessaloniki, Greece during a military parade. (AP File Photo)
by daily sabah Sep 14, 2020 1:39 pm

The Greek army’s Leopard tanks will join the U.S. Army’s M1 Abrams tanks for a drill near the Petrochori village in Xanthi.

The exercise will be watched by Greek Chief of General Staff Konstantinos Floros and top U.S. commanders and diplomats in Europe, reports said.

Ankara had previously criticized Athens for holding a heavily armed training session in a Turkish village in Xanthi, calling it an attempt to intimidate the area's Muslim population.

In July, Pompeo had announced that the U.S. would include the Greek Cypriot administration in its military training program for 2020.