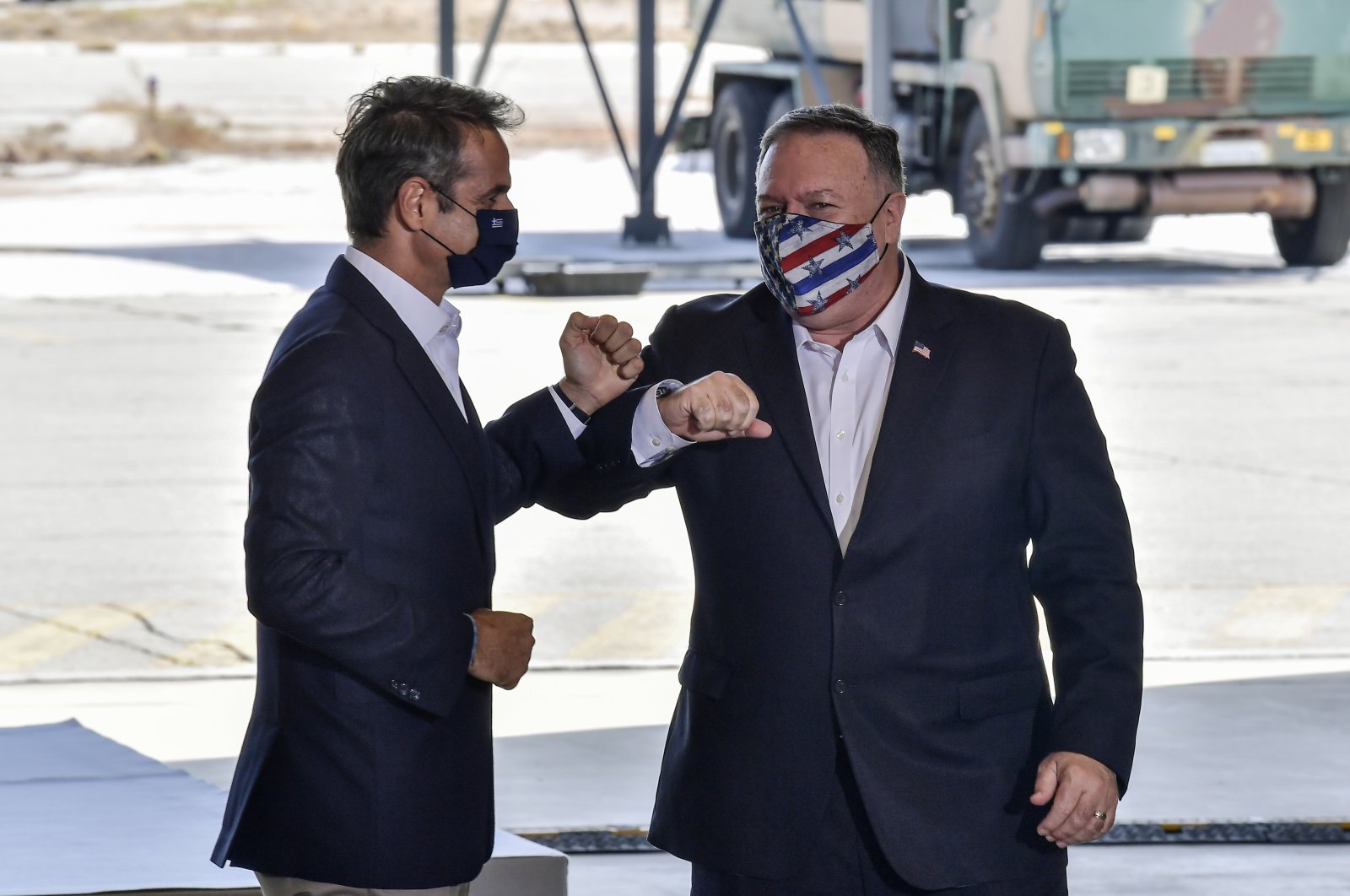 U.S. Secretary of State Mike Pompeo, right, and Greek Prime Minister Kyriakos Mitsotakis pose during their visit at the Naval Support Activity base at Souda, on the Greek island of Crete, Tuesday, Sept. 29, 2020. (AP Photo)
by daily sabah
Sep 29, 2020 6:59 pm

The United States no longer appears impartial in the row over the Eastern Mediterranean, the spokesperson of Turkey's ruling Justice and Development Party (AK Party) said Tuesday.

U.S. Secretary of State Mike Pompeo's one-sided remarks and multiple visits to Greece and Greek Cypriot administration, but not the Turkish side, show that he has lost his neutral stance, Ömer Çelik said after the party's Central Executive Committee (MYK) meeting.

"By only going to the Greek side (of Cyprus), not visiting the Turkish side, or visiting Greece twice in a month, by giving messages that are biased, (the U.S.) loses its neutrality and does not make a positive contribution to the solution of this problem," Çelik said.

He expressed hope that Washington and Pompeo will soon change their stance on the issue.