US move on CAATSA disrespectful, Turkey to patiently wait and see, Erdoğan says 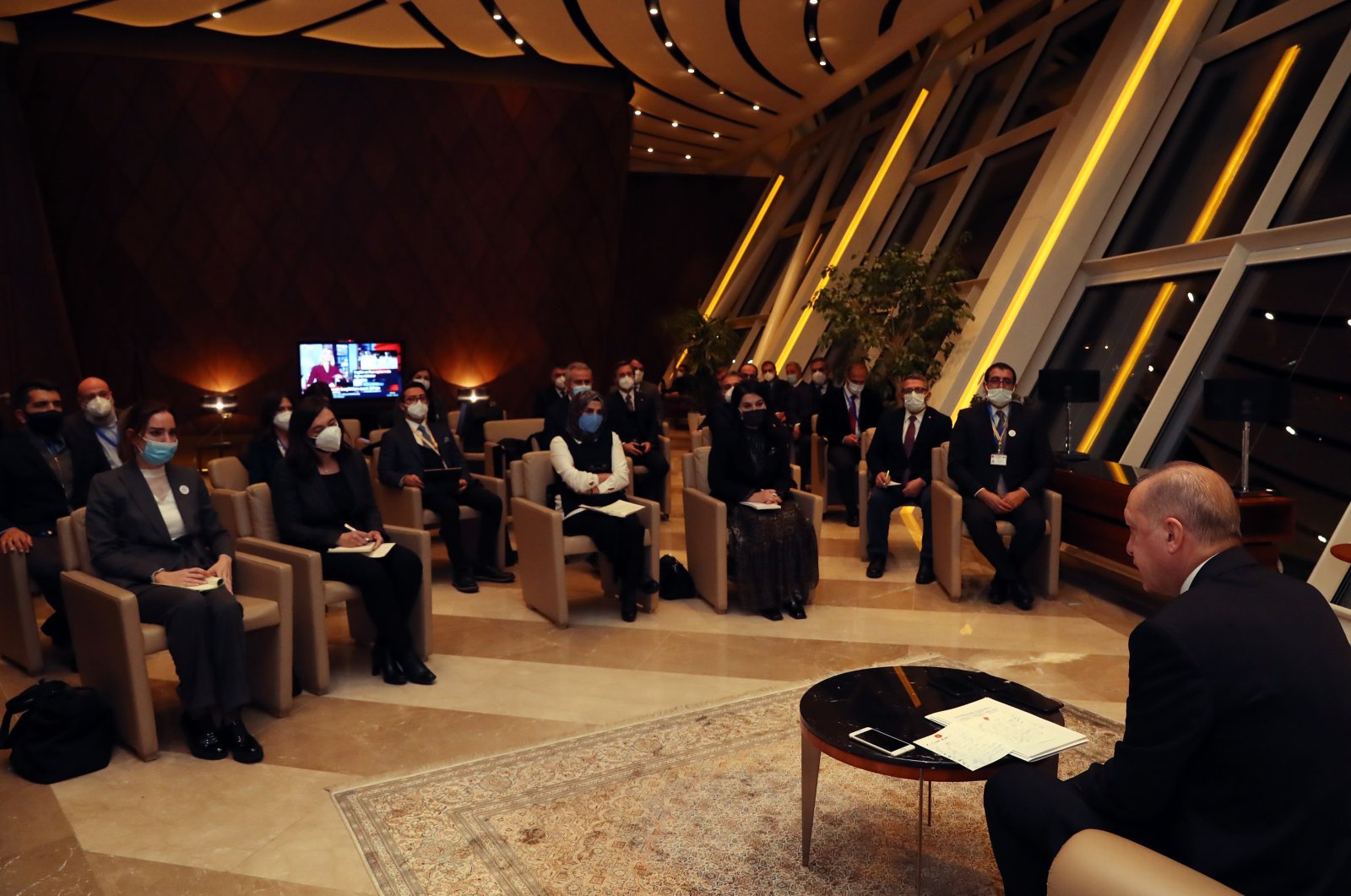 Ankara considers it disrespectful for the United States to impose sanctions on NATO ally Turkey for the purchase of Russian S-400 missile defense systems, President Recep Tayyip Erdoğan said Friday, as he said he had worked smoothly with presidents Donald Trump and Barack Obama and will wait patiently to see what happens.

“The fact that Turkey is facing something called CAATSA is disrespectful against a strategic NATO ally,” Erdoğan told members of the Turkish press accompanying him as he attended victory celebrations in the Azerbaijani capital Baku.

The president noted that Turkey is not an ordinary country and is among the top members of the alliance and both Trump and Obama had praised Ankara as a NATO ally.

He continued by saying that he does not know how things will turn out until Trump leaves office and newly elected Joe Biden takes over but noted that he has taken positive steps related to several issues during Trump’s presidency.

“On the other hand, I had also worked with Mr. Obama – who is a Democrat – during his eight-year period in office, and I am someone whom he says is one of his five first friends among global leaders,” Erdoğan said, adding that he does not understand why the issue of the Countering America's Adversaries Through Sanctions Act (CAATSA) has come up now.

Erdoğan also said he had warm relations with Biden, who visited him at his home when he was sick, and the two leaders know each other well.

“But since I am used to some things, I believe that we will see how things flow after the handover is finalized,” Erdoğan said, adding that he will “patiently wait and see.”

The U.S. House of Representatives on Tuesday passed a defense bill that paves the way for imposing sanctions on Turkey over the country's purchase of S-400 missile systems from Russia.

Trump said that if the Senate also approves the bill, he will veto it. To block Trump's veto power, the Senate must achieve a two-thirds majority. The Senate is expected to vote on the bill by the end of the week.

The bill requires the imposition of sanctions within 30 days of the legislation passing. It calls for sanctions on "each person that knowingly engaged in the acquisition of the S-400 air defense system" by Turkey.

The bill would allow the president to rescind the sanctions after a year.

The defense bill calls on Trump to impose sanctions within the scope of CAATSA. The sanctions law, which Trump signed in 2017, mandates that the president choose five among a range of 12 sanctions, from banning visas and denying access to the U.S.-based Export-Import Bank to harsher options such as barring transactions with the U.S. financial system and denying export licenses.

Trump's opposition to the bill stems not from the article that imposes sanctions on Turkey but from a section that provides legal insurance to social media companies. The president also opposes an article that limits the withdrawal of U.S. troops from Germany and Afghanistan.