US presidential candidate Biden takes another aim at Turkey 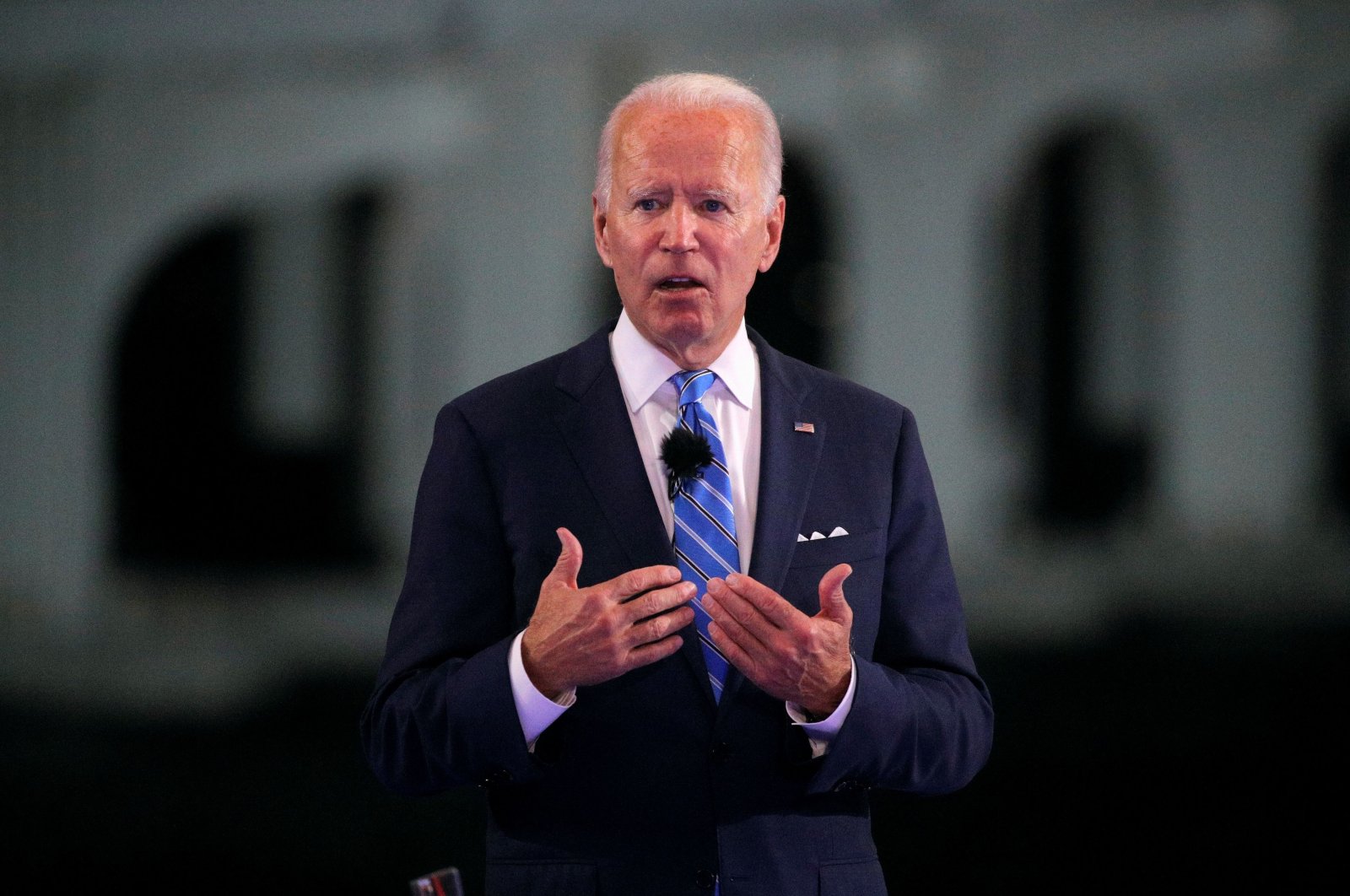 U.S. Democratic presidential candidate Joe Biden has again aimed criticism at Turkey, calling on the Trump administration to press Ankara to refrain from “any further provocative actions in the region against Greece.”

In his latest anti-Turkey remarks on Tuesday, with the candidate saying he supported NATO efforts to defuse tensions between the two Aegean neighbors and that agreements to establish a military deconfliction mechanism and resume diplomatic talks were steps in the right direction.

"The Trump administration must press Turkey to refrain from any further provocative actions in the region against Greece, including threats of force, to create the space for diplomacy to succeed," Biden said in a statement.

"I also call on Turkish President (Recep Tayyip) Erdoğan to reverse his recent decision to convert the Hagia Sophia into a mosque and to return this treasure to its former status as a museum, ensuring equal access for all, including the Orthodox faithful,” he added.

This was not the first time Biden has targeted Turkey. In a video that surfaced in August, the current front-runner in the U.S. presidential race said he would seek a regime change in Turkey and expressed his willingness to work with "opposition leadership" in the country to topple Erdoğan in Turkey's 2023 elections.

Another topic subject to scandalous statements by Biden was the issue of terrorist groups threatening Turkey’s national security. Biden also expressed his unhappiness with Trump administration policies toward Turkey.

Trump "yielded" to Turkey, said Biden, adding: "The last thing I would've done is yielded to him with regard to the Kurds. The absolute last thing."

Biden's remarks illicitly conflated "Kurds" with the terrorist group YPG/PKK in northern Syria, a group that attacks Turkish security forces, kidnaps children, including many Kurds, and has tried to set up a terrorist statelet along Turkey's borders.

Biden last week also criticized Turkey over its position in the ongoing Azerbaijani-Armenian conflict, writing: “With casualties rapidly mounting in and around Nagorno-Karabakh, the Trump administration needs to call the leaders of Armenia and Azerbaijan immediately to de-escalate the situation. It must also demand others – like Turkey – stay out of this conflict.”