We will not leave our homes, Ganja locals hit by Armenia attacks say 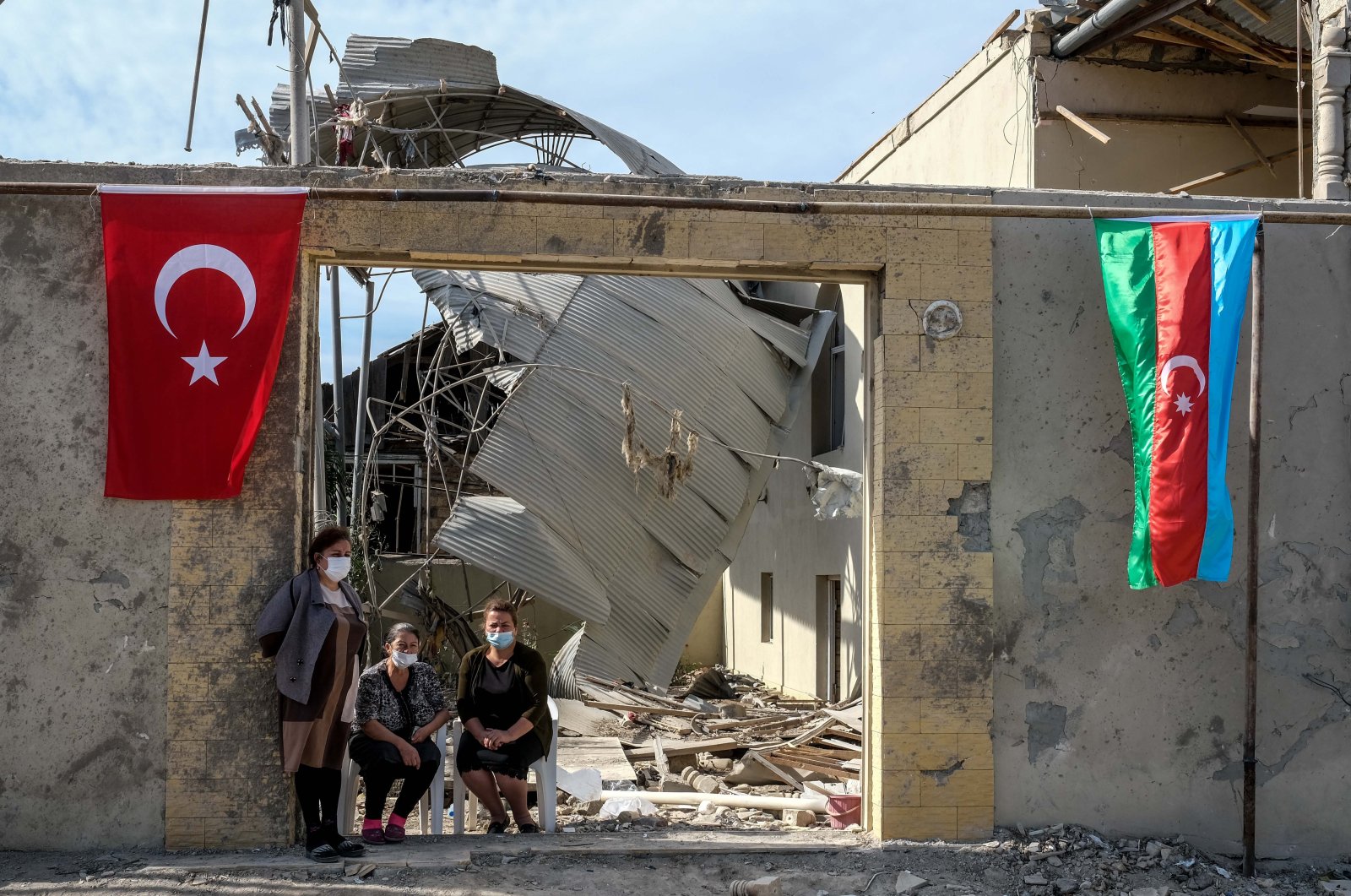 Locals in Azerbaijan's Ganja, where the subsequent Armenian attacks had killed 26 civilians last month, refuse to leave their properties, calling on the international community to pay attention to their suffering.

"Why does the world remain silent?" asked Şaire Guliyeva, who lost her 13-year-old nephew Artur Mayakov in the Armenian attacks.

"He had his own dreams. He wanted to live well. He left me with the pain of his loss," Guliyeva said, remembering her nephew, who was a Russian citizen.

"This is my home. This is where I was born and raised. I've lived here. This is the land of my ancestors. I would not leave this place," she underlined, adding that once a scene from the movies, now the notion of war is more than real to them.

Guliyeva is only one of the hundreds of civilians who fell victim to the Armenian attacks.

The first Armenian attack on the region took place on Oct. 4, when a missile hit the city and killed one while injuring 30 others. The second attack took place on Oct. 8 during which many residential buildings were damaged, however, no loss of life was incurred. Then, on Oct.10, only a day after Russia brokered a cease-fire between the warring sides, Armenia attacked for the third time. An Armenian Scud missile hit an apartment complex in Ganja, completely destroying it. During this attack, the city's infrastructure was heavily damaged as well. In the attack, 10 civilians were killed and 40 others were injured, including women and children. A total of 95 buildings were damaged, impacting the lives of approximately 205 people. The fourth and final attack took place on Oct.17. After the firing of the Armenian Scud missiles, three massive explosions rocked the city. These attacks were made in densely populated areas. The attack damaged about 20 buildings and killed 15 civilians, including Guliyeva's nephew. Fifty-five civilians were also injured.

The attacks have been strongly condemned by Azerbaijan and Turkey, while Armenia denied targeting civilian settlements in the city. Although countries such as Qatar, Malaysia, Switzerland and the U.K. expressed their condolences over the incident, the majority of the international community has remained mostly silent. Condemnation came from the EU regarding the fourth attack, while the U.N. referred to the incident as "unacceptable."

Azerbaijan's civilian populated areas have come under intense attacks by Armenia since clashes broke out between Armenian and Azerbaijani forces in late September over the occupied Nagorno-Karabakh region.

Hanging Azerbaijani flags on their damaged houses, the people of Ganja now spend their time collecting fruit from their gardens and looking for their lost properties among the ruins.

"Thank God we were not at home when the attack took place," said Hicran Guliyeva, yet another resident who was at her friend's house during the incident.

Expressing that they are not afraid of such attacks anymore, Guliyeva stated that they are determined to protect their houses and lands while appreciating the efforts of Turkey and the Azerbaijani army to secure their hometown.

"Everything would be alright once our lands are liberated," she emphasized.

Ragibe Guliyeva, 67, however, was not as lucky as she was at home when the attack took place.

"Stones started to fall over my head. We were taken to the hospital. Now, I am well," she said.

Her daughter, on the other hand, was rescued from the rubble hours later and is still being hospitalized.

"We will do our best to move on with our lives from where we left off," she said and added: "However, the liberation of Karabakh is the priority."

Four United Nations Security Council (UNSC) resolutions and two from the U.N. General Assembly (UNGA), as well as international organizations, demand the "immediate complete and unconditional withdrawal of the occupying forces" from the occupied lands of Azerbaijan.

The Minsk Group, which was set up in 1992 by the Organization for Security and Co-operation in Europe (OSCE) and co-chaired by France, Russia and the U.S., was formed to find a peaceful solution to the conflict but to no avail.

A cease-fire, however, was agreed to in 1994. World powers, including Russia, France and the U.S., have called for a new cease-fire. Turkey, meanwhile, has supported Baku's right to self-defense and demanded the withdrawal of Armenia's occupying forces.