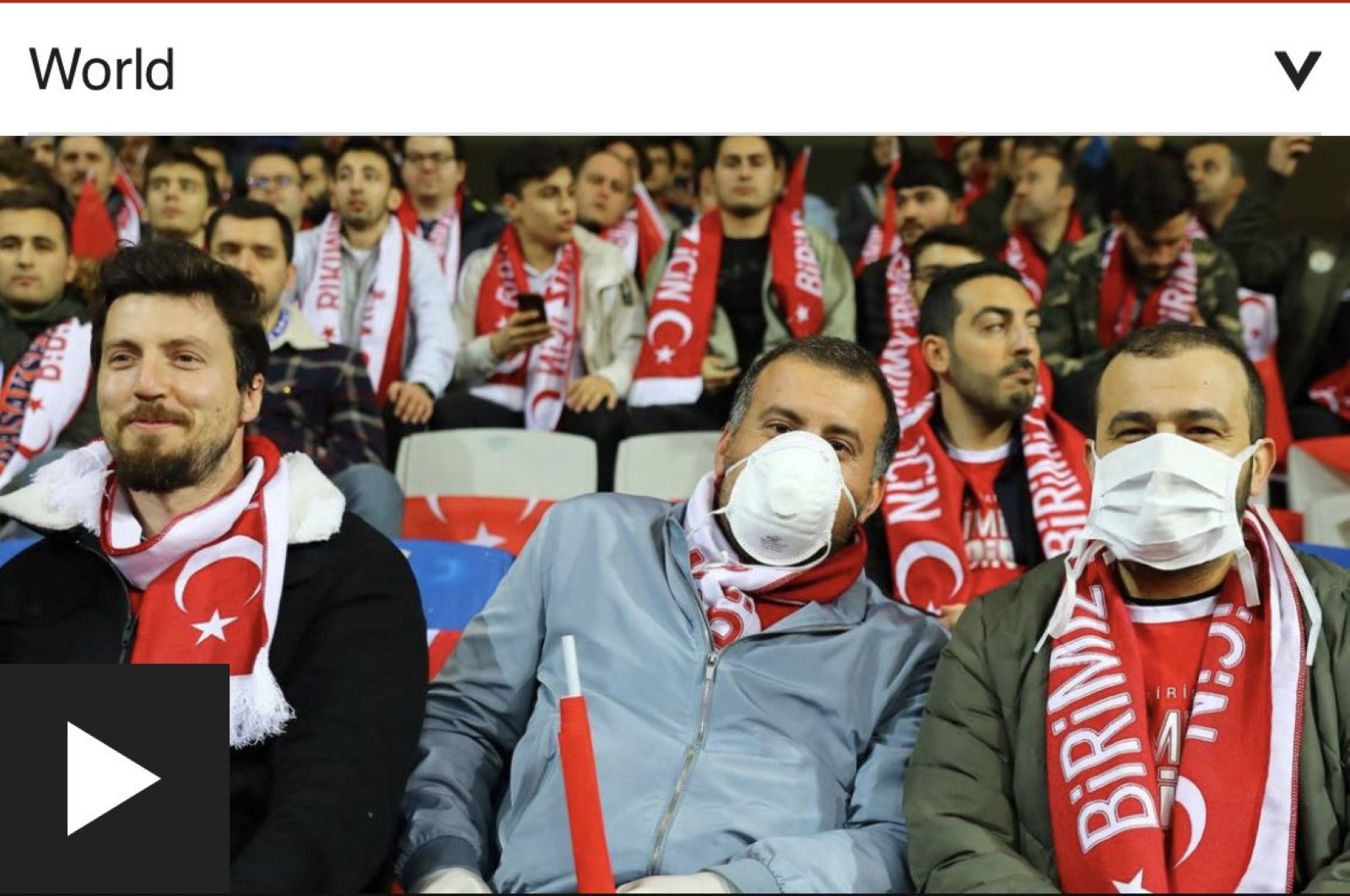 BBC continued to use irrelevant photos from Istanbul in its coverage of the coronavirus for two consecutive days despite criticism from Turkish authorities and the public.

This time, the BBC used an image showing Turkish fans wearing masks in the stands during a football match in Turkey between Istanbul's Başakşehir and Copenhagen for a story titled "Trudeau and wife isolate after she tests positive." Although the story was about the Canadian prime minister and his wife, the BBC once again opted to use photos from Turkey.

The Western media’s use of irrelevant photos from Turkey in their coverage about the coronavirus developments has drawn criticism from Turkish authorities and the public.

Several Western media outlets, including The New York Times, BBC and CNN International, opted to use images related to Turkey and Istanbul with their news stories about developments on the issue.

"It is deplorable that @CNN deliberately and insistently publishes photos from Istanbul in its coverage on #Covid_19 developments in US," the embassy said on Twitter.

"@CNN has to explain to its readers the logic of using a picture of a mosque in Istanbul in news concerning visits to #Congress or CA prisons," it wrote, referring to the U.S. state of California.

CNN International used the photo of an Istanbul Municipality worker disinfecting the Kılıç Ali Paşa Mosque to prevent the spread of the COVID-19 in several of its news stories about the disease, but none of them were related to Turkey.

The New York Times also sparked outrage for its misleading use of photographs in reporting a travel restriction due to the outbreak.

The U.S. announced Wednesday it was suspending travel from Europe in an effort to stem the pandemic. The restrictions include EU and Schengen region countries but does not include Turkey, a nation that has to date only two confirmed cases of the virus.

The virus originated in Wuhan, China, last December and has since spread to more than 100 countries.

After months of successful containment of COVID-19, Turkey has only two cases of the virus.

The global death toll now exceeds 4,900, with more than 134,000 confirmed cases, according to the World Health Organization, which declared the outbreak "a pandemic" earlier this week.