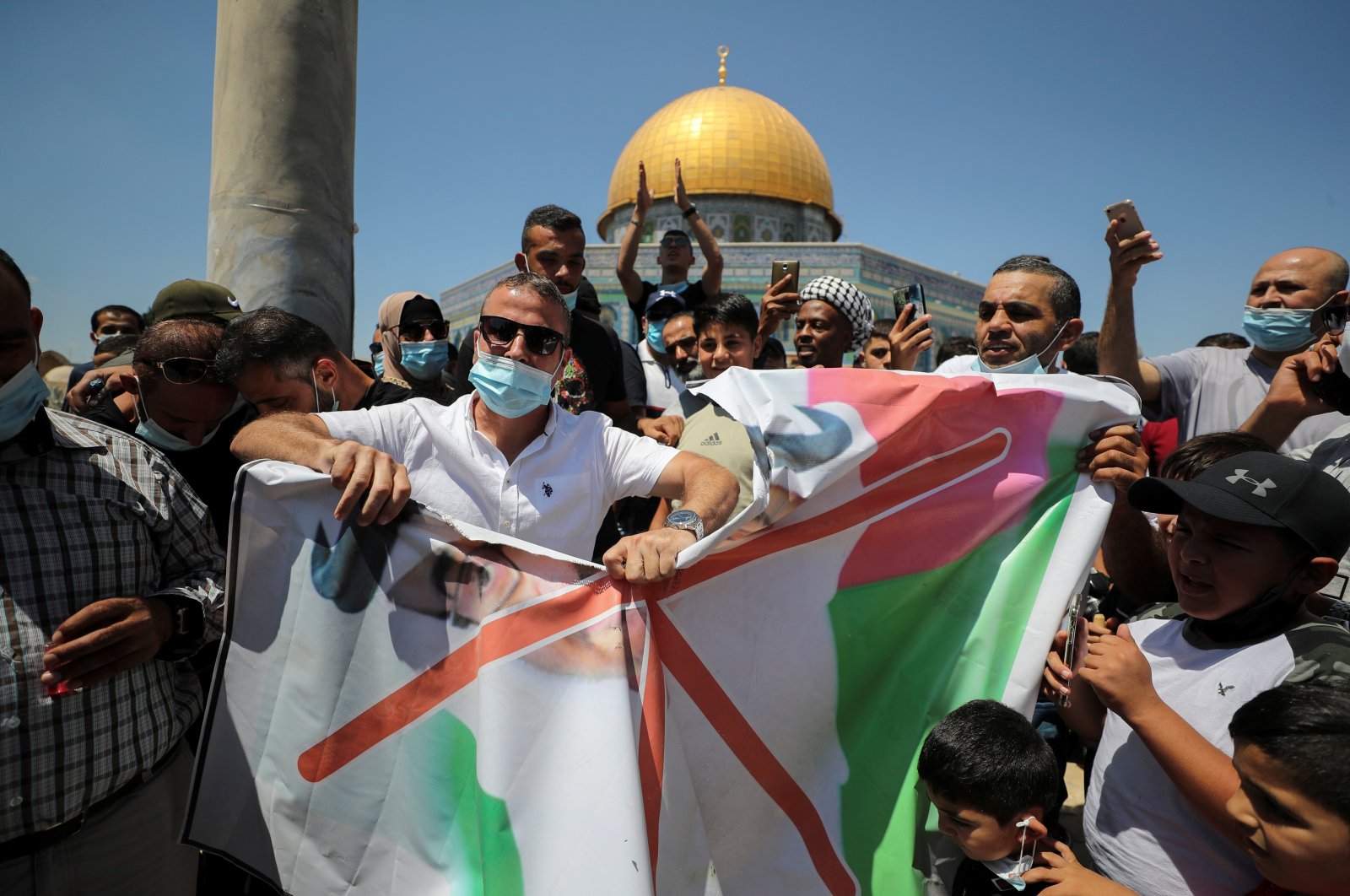 Israel and the United Arab Emirates' (UAE) agreement Thursday to normalize relations, which is regarded by many as a historic shift making the Gulf state the third Arab country to establish full diplomatic ties with the Jewish state, created controversy in the international realm. The world was divided over how to respond to the deal as many condemned the move as a disgrace to the decadeslong Palestinian struggle while others welcomed it as a diplomatic step toward regional stability.

The Palestinian leadership voiced its "strong rejection and condemnation" of the deal and announced it would withdraw its envoy from the UAE.

Palestinian President Mahmoud Abbas called the agreement an "aggression" against the Palestinian people and a "betrayal" of their cause, including their claim to Jerusalem as the capital of their future state.

Hazem Qasem, a spokesperson for Palestinian group Hamas, which controls the Gaza Strip, said the deal "does not serve the Palestinian cause," calling it "a reward for the Israeli occupation and crimes."

A series of protests also took place in both Israel and Palestine Friday, with many protesters ripping the UAE flag down.

Israel's arch-enemy Iran also condemned the deal, saying the Palestinian people would "never forgive the normalizing of relations with the criminal Israeli occupation regime and the complicity in its crimes."

The move was an act of "strategic stupidity from Abu Dhabi and Tel Aviv which will undoubtedly strengthen the resistance axis in the region," the foreign ministry said.

Yemen's Iran-allied Houthi rebels slammed the deal as "a move that provokes the Arab and Islamic nation... and proves that these countries, including the Emirates which is launching an assault against Yemen, serve the Israeli entity," their spokesperson Mohammed Abdelsalam said.

A leading group of Muslim scholars also labeled the move as "high treason" on Friday.

In a statement, the International Union for Muslim Scholars (IUMS) urged the Muslim world to take a "decisive position against such concessions ... and to exert efforts to preserve the full rights of the Palestinian people."

The group also rejected the UAE's claim that the deal will halt Israel's annexation of more Palestinian territory, citing the Israeli premier's comments that he "achieved this agreement and others without any concession."

However, while being condemned by the various regional powers, the move was welcomed by most of the Western world.

"Everybody said this would be impossible... After 49 years Israel and the United Arab Emirates will fully normalize their diplomatic relations," Trump later told reporters.

France also welcomed the deal, stressing the suspension of Israel's plans to annex swathes of the occupied West Bank.

"The decision taken within this framework by the Israeli authorities to suspend the annexation of Palestinian territories is a positive step, which must become a definitive measure," French Foreign Minister Jean-Yves Le Drian said in a statement.

"China is happy to see measures that are helping to ease tensions between countries in the Middle East and promoting regional peace and stability," said foreign ministry spokesperson Zhao Lijian.

"We hope relevant parties will take concrete actions to bring the Palestinian issue back to the track of dialogue and negotiation on an equal footing at an early date," Zhao said, reiterating Beijing's support for an independent Palestinian state.

Germany also welcomed the "historic" deal, with Foreign Minister Heiko Maas saying normalization of ties between the two countries was "an important contribution to peace in the region."

"The secretary-general (hopes) it will create an opportunity for Israeli and Palestinian leaders to re-engage in meaningful negotiations that will realize a two-state solution in line with relevant U.N. resolutions, international law and bilateral agreements," his spokesperson said.

Jordan has become one of the few regional states that appreciated the deal. The country, bordering the West Bank and Israel, said the outcome of the agreement would depend on Israel's actions, including its stance on a two-state solution with the Palestinians.

Foreign Minister Ayman al-Safadi said: "the impact of the deal on peace efforts is linked to the actions Israel will take."

"I appreciate the efforts of the architects of this agreement for the prosperity and stability of our region," Egyptian President Abdel-Fattah el-Sissi tweeted.

He added he hoped the deal to halt Israel's annexation of Palestinian land would help bring "peace" to the Middle East.