Displaced Azerbaijanis of Shusha eager to return to homeland 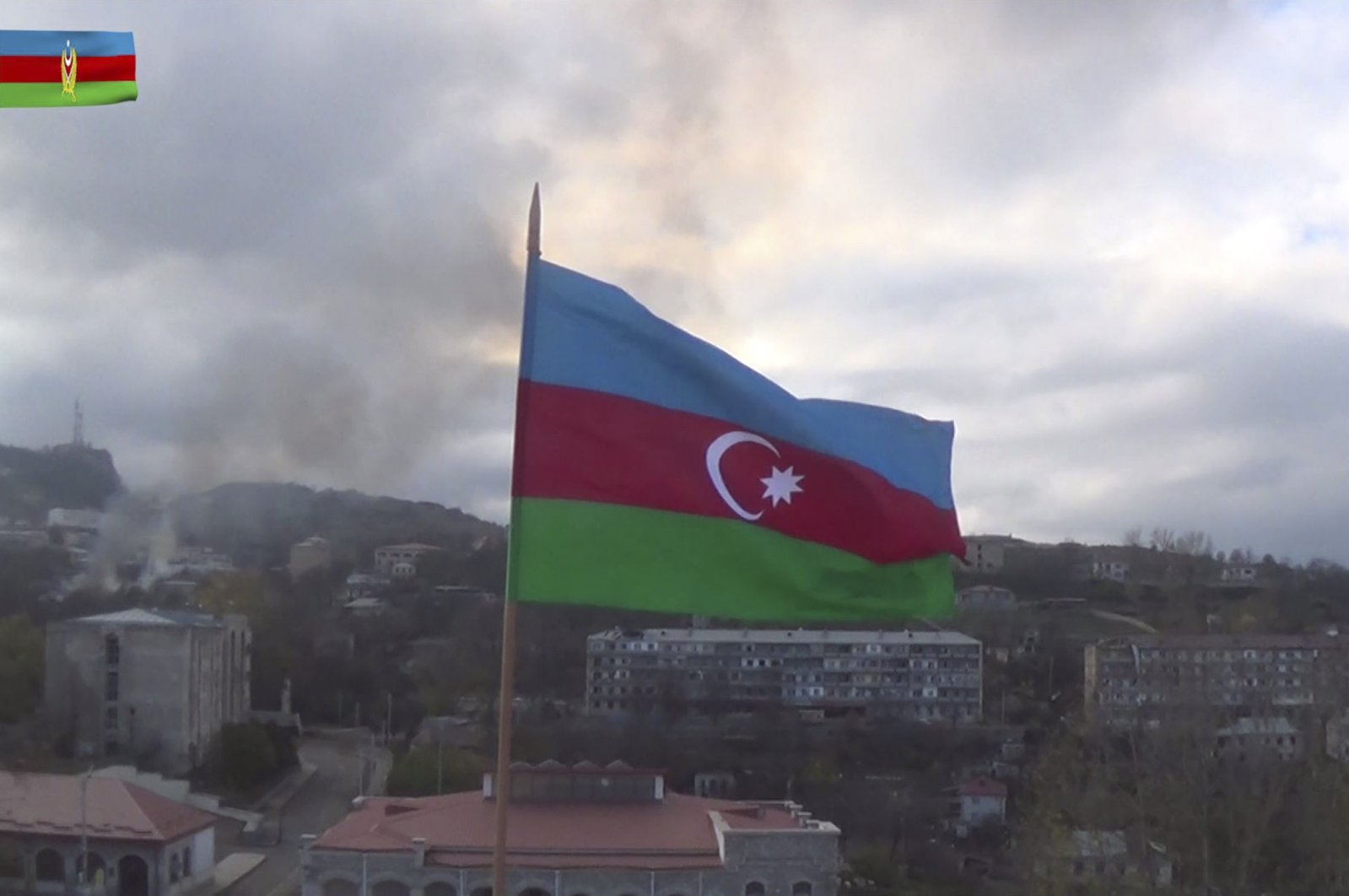 An Azerbaijani flag flies in the wind atop a building in the town of Shusha in the region of Nagorno-Karabakh, Azerbaijan, Nov. 9, 2020. (AFP Photo)
by Daily Sabah with AA Nov 16, 2020 2:19 pm
RECOMMENDED

Azerbaijani people who were displaced from Shusha when it was occupied by Armenian forces have expressed joy over the liberation of the historical town of the Nagorno-Karabakh region and say they are eager to return home.

Shusha was occupied by Armenian forces on May 8, 1992, during the first Nagorno-Karabakh war just after the dissolution of the Soviet Union. After 28 years, displaced Azerbaijani residents of Shusha are excited about the prospect of returning to their homeland.

The Meherremov family, who is living in the capital Baku now, is among those who were displaced from their homes in 1992. Hamlet Meherremov told Anadolu Agency (AA) that the inclusion of Karabakh is a must for Azerbaijan’s territorial unity. "Shusha means Azerbaijan to me," he said.

"We have known that we would return one day. It has become reality. I will go there even by walking or crawling. We will definitely return," Meherremov said.

Sugayet Medetova also said she has been seeing Shusha in her dreams for years and always believed that they would return. Saying that they have begun their preparations for a return, she added that they are awaiting news from President Ilham Aliyev.

A similar feeling is present among the Hasanov family. The family has kept their property deeds ready for a possible return.

Decorating their home in Baku with Azerbaijani and Turkish flags, the Hasanov family has been receiving guests who come to congratulate them on the victory.

The eldest member of the family, Beybala Hasanov, said his grandchildren have not seen Shusha yet and they will go to their homeland with his children and grandchildren when the government allows it.

“Shusha brings to mind fresh air, green forests, mountains and icy fountains. Shusha is everything for us. I have believed that we would return. If I hadn't believed, I would not have kept these property deeds and keys,” he said.

His wife, Gulabe Hasanova, said that they were very happy upon hearing the announcement of the liberation of Shusha.

“Our home in Baku is very good, but we want to return to our house and our homeland in Shusha,” she said.

On Nov. 8, the Azerbaijani army liberated the key town of Shusha in the Nagorno-Karabakh region after 28 years of Armenian occupation.

The town has significant military value as it is located on strategic heights about 10 kilometers (6 miles) south of the region’s capital, overlooking Khankendi (Stepanakert) and on the road linking the town to Armenian territory.