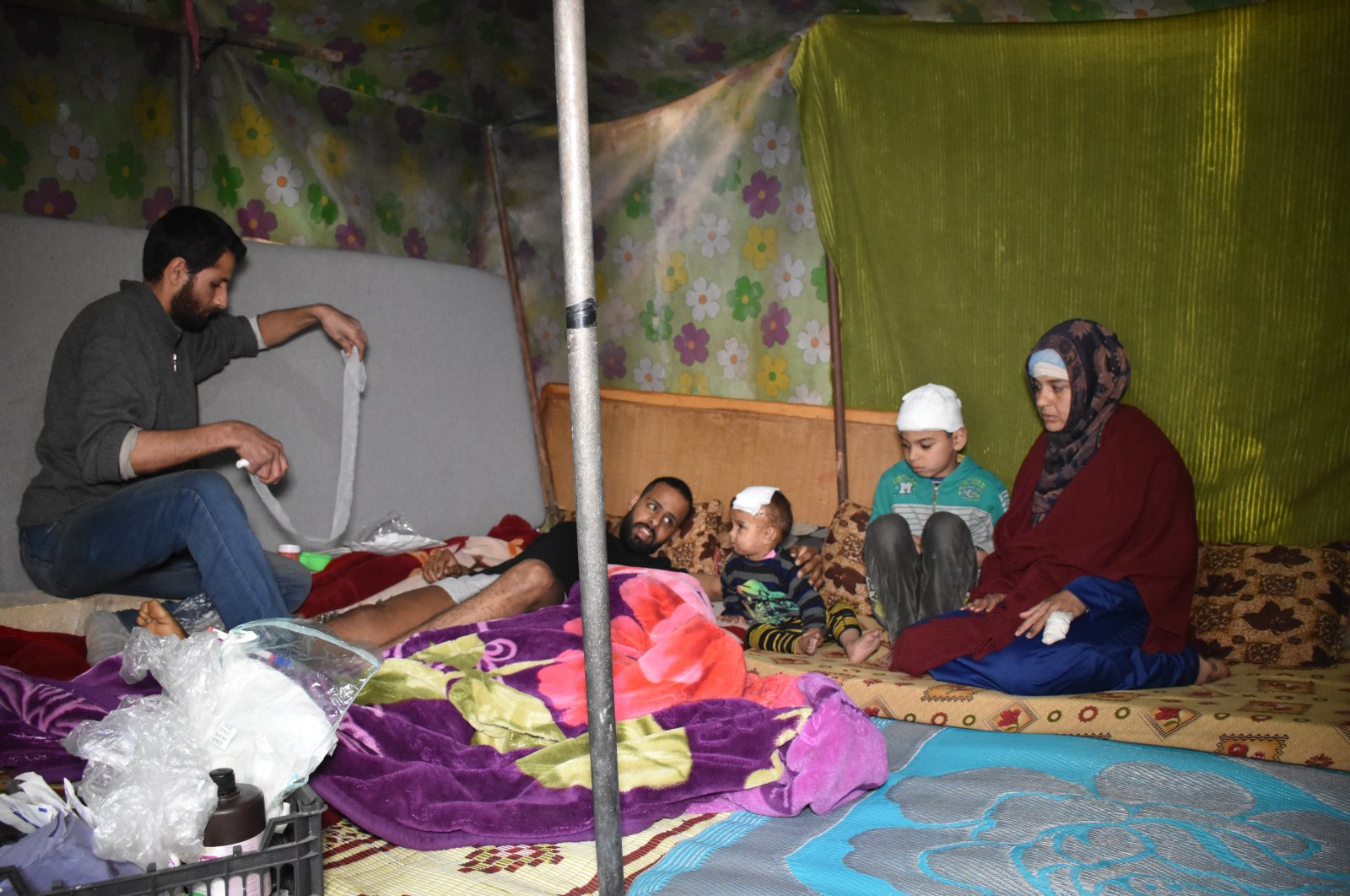 The Qutaish family, whose six members were killed in a Russian airstrike in Syria’s Idlib on March 6, is in need of urgent help as the situation remains tense in the war-ravaged country.

The family was displaced from Hama province after brutal attacks by the Bashar Assad regime and took shelter in a poultry farm in Idlib’s Maarrat Misrin. The majority of the family fell victim to reckless Russian airstrikes that destroyed the farm.

Hitam Qutaish, an aggrieved mother who buried two of her daughters, 15 and 5 years old, also lost four other members from her extended family.

Mira, an 18-month-old infant, is the youngest son of the Qutaish family and he will have to live with the scars caused by shrapnel and a fracture on his skull.

“Was my baby a terrorist? May Allah avenge us,” the mother said.

“We were sleeping in safety. A Russian warplane suddenly targeted us. I could hear the screaming from my husband, who was trapped under the debris. I could not hear any voice from my two daughters, my sister-in-law, her daughter, my father-in-law and my mother-in-law. At that time, I understood that they were long gone,” she said.

“I pulled my son out, he survived. Mira had stones fallen on his feet, and he was crying,” she added.

“I hope our situation will be better. We want peace. We want the war to end. We need everything to survive here. We were left with nothing after the attack,” Qutaish concluded.

Step News Agency, an activist collective, said 16 people were killed, including five children, and 18 people were wounded in the attack.

Such discrepancies on casualty figures are not uncommon in the immediate aftermath of attacks in Syria.