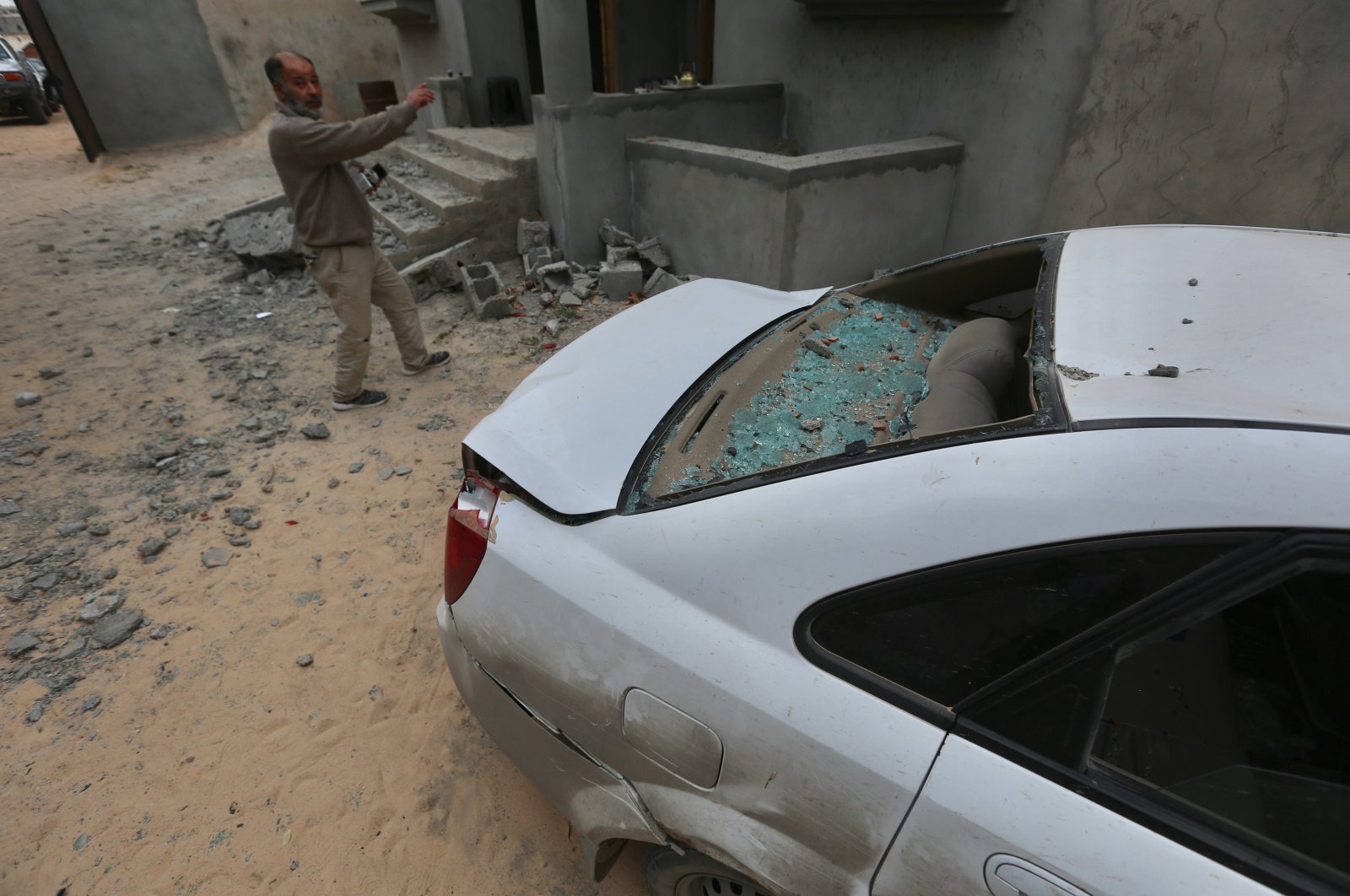 According to a written statement made by the press center of the U.N.-recognized Government of National Accord's (GNA) Burkan al-Ghadab ("Volcano of Rage") operation, Abdulmunim Bugaffe, a brain surgeon, was killed by a missile when he left his home to go to Tripoli University Hospital where he works.

It was also reported by Demirören News Agency (DHA) that another family has been injured during an attack near Mitiga International Airport, located in eastern Tripoli, on Friday.

As a result, a total of 11 civilians were injured during Friday’s attacks.

Haftar forces' attacks on southern Tripoli have accelerated in the last couple of days as the GNA gained major advances recently.

On Wednesday, the GNA reported that its forces conducted airstrikes on militants loyal to Haftar.

GNA military spokesman Mohammed Qanunu issued a brief statement on the developments at al-Watiya air base in western Libya.

Al-Watiya is regarded as one of the most important air bases in the country and is second only to Mitiga International Airport near Tripoli. Haftar forces captured the air base in August 2014. He and his illegally armed forces in eastern Libya used it as their headquarters for western operations.

Since the ousting of late dictator Moammar Gadhafi in 2011, two seats of power have emerged in Libya: Haftar in eastern Libya, supported by Egypt and the United Arab Emirates, and the GNA in Tripoli, which enjoys U.N. and international recognition.