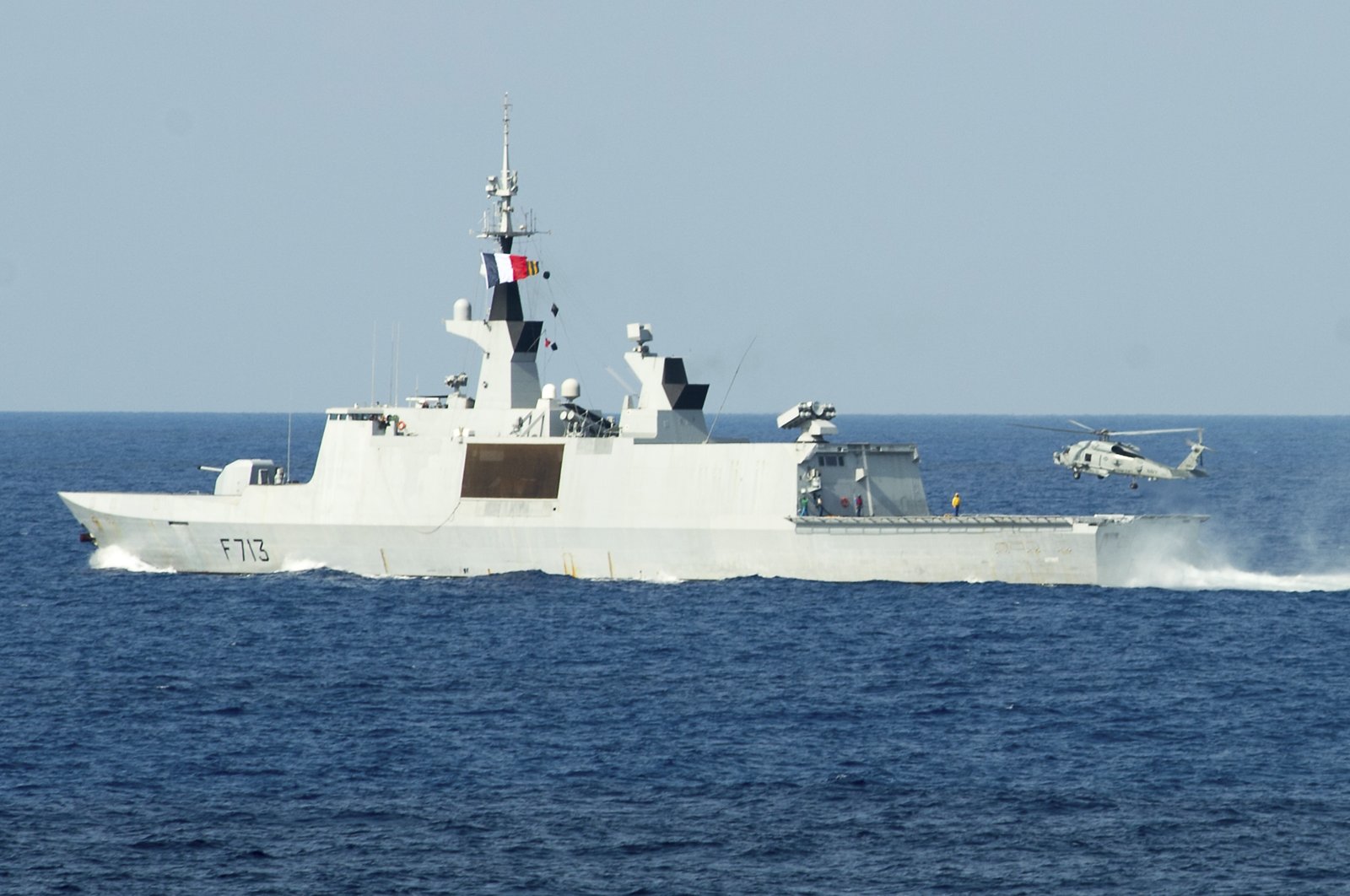 The Egyptian army on Saturday announced that it carried out joint maritime training with France, using an old photo.

However, in the photo attached to the official announcement of the training, the frigate carrying the Egyptian flag was added later to the photo with the French frigate Aconit.

Accordingly, the photo’s original is seen on the official website of the U.S. navy and is dated Sept. 19, 2013.

The U.S. Navy described the image as “A U.S. Navy Sikorsky MH-60R Sea Hawk helicopter from Helicopter Maritime Strike Squadron (HMS) 74 'Swampfoxes' assigned to the guided-missile destroyer USS Gravely (DDG-107) prepares to land on the flight deck of the French frigate Aconit (F 713) during a passing exercise in the Mediterranean Sea.”

An Egyptian frigate, however, is not in the photo.

The announcement put forth that the training was conducted to establish “stability and peace in the Eastern Mediterranean, experience sharing and supporting efforts for maritime security.”

Egypt is siding with France in disputes regarding the Eastern Mediterranean and supporting putschist Gen. Khalifa Haftar in Libya, a warlord aiming to overthrow the country’s official government established through the U.N. and recognized internationally.