El-Sissi, Trump agree on need to maintain cease-fire in Libya 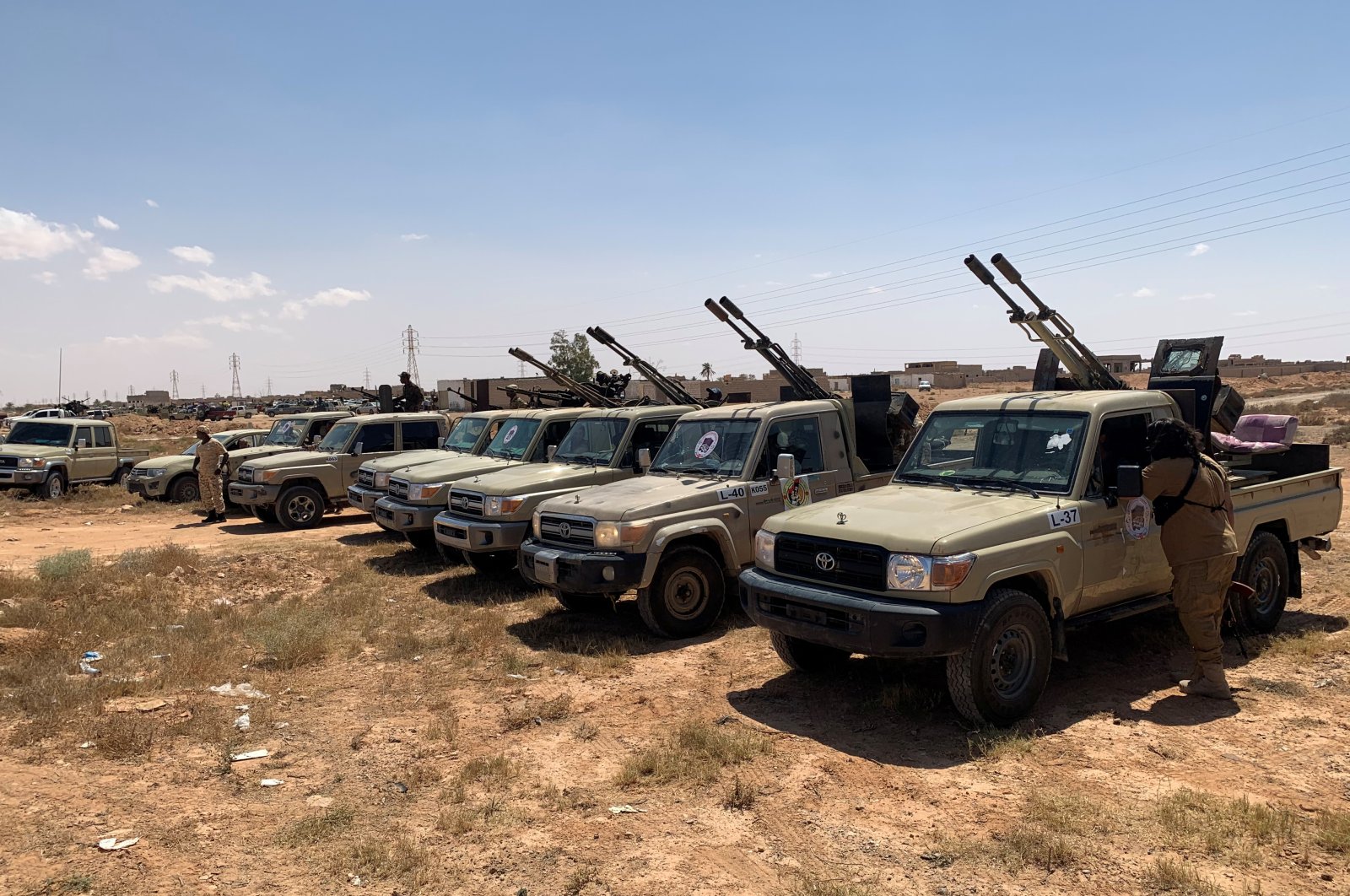 Troops loyal to Libya's internationally recognized government are seen in military vehicles as they prepare before heading to Sirte, on the outskirts of Misrata, Libya, July 18, 2020. (REUTERS Photo)
by Agencies Jul 20, 2020 7:35 pm
RECOMMENDED

Egyptian President Abdel-Fattah el-Sissi and U.S. President Donald Trump agreed Monday on the need to maintain a cease-fire in Libya and avoid an escalation between the forces fighting there, Egypt's presidency said.

At the end of the session, Egyptian lawmakers approved the deployment of armed forces in combat missions abroad, giving el-Sissi a mandate to intervene in the conflict in Libya.

El-Sissi said last week Egypt would not stand idle in the face of what he called threats to Egyptian and Libyan security, and that any intervention in Libya would require the approval of Parliament, which is dominated by his supporters.

Egypt is concerned about instability in Libya and Turkey's support for the internationally recognized Government of National Accord (GNA) in Tripoli, whose troops have moved closer to the central city of Sirte in the hope of recapturing it from the eastern-based forces loyal to putschist Gen. Khalifa Haftar.

Sirte is the gateway to oil-exporting ports which are held by Haftar, and el-Sissi last month declared the Sirte front line a red line for Egypt, which supports Haftar alongside the United Arab Emirates (UAE) and Russia.

Turkish support for the internationally recognized government's forces has contributed to the Haftar forces abandoning their 14-month offensive on Tripoli, a setback for Haftar's plan to unify Libya by force.

The Tripoli forces retook the capital’s airport, all main entrance and exit points to the city and a string of key towns in the region. They pushed on eastward, vowing to also retake Sirte, which Haftar captured earlier this year. Both sides have been mobilizing forces for weeks.

A big escalation in Libya could risk igniting a direct conflict among the foreign powers that have poured in weapons and fighters in violation of an arms embargo.

The U.S. has sent mixed signals to the rival sides over the course of the war, but has become increasingly concerned about Moscow’s growing influence in Libya, where hundreds of Russian mercenaries backed a failed attempt by Haftar’s forces to capture Tripoli.

Later in the day, Trump also spoke with French President Emmanuel Macron on ways to de-escalate the situation in Libya, the White House said in a statement.

The conflict in Libya "has been exacerbated by the presence of foreign forces and arms," the statement said.

Stephanie Williams, acting head of the U.N. support mission in Libya, on Monday called for an “immediate cease-fire ... to spare the 125,000 civilians who remain in harm’s way and for an end to the blatant violations of the U.N. arms embargo.”

Her comments came following her meeting Sunday with the president of neighboring Algeria, Abdelmadjid Tebboune.