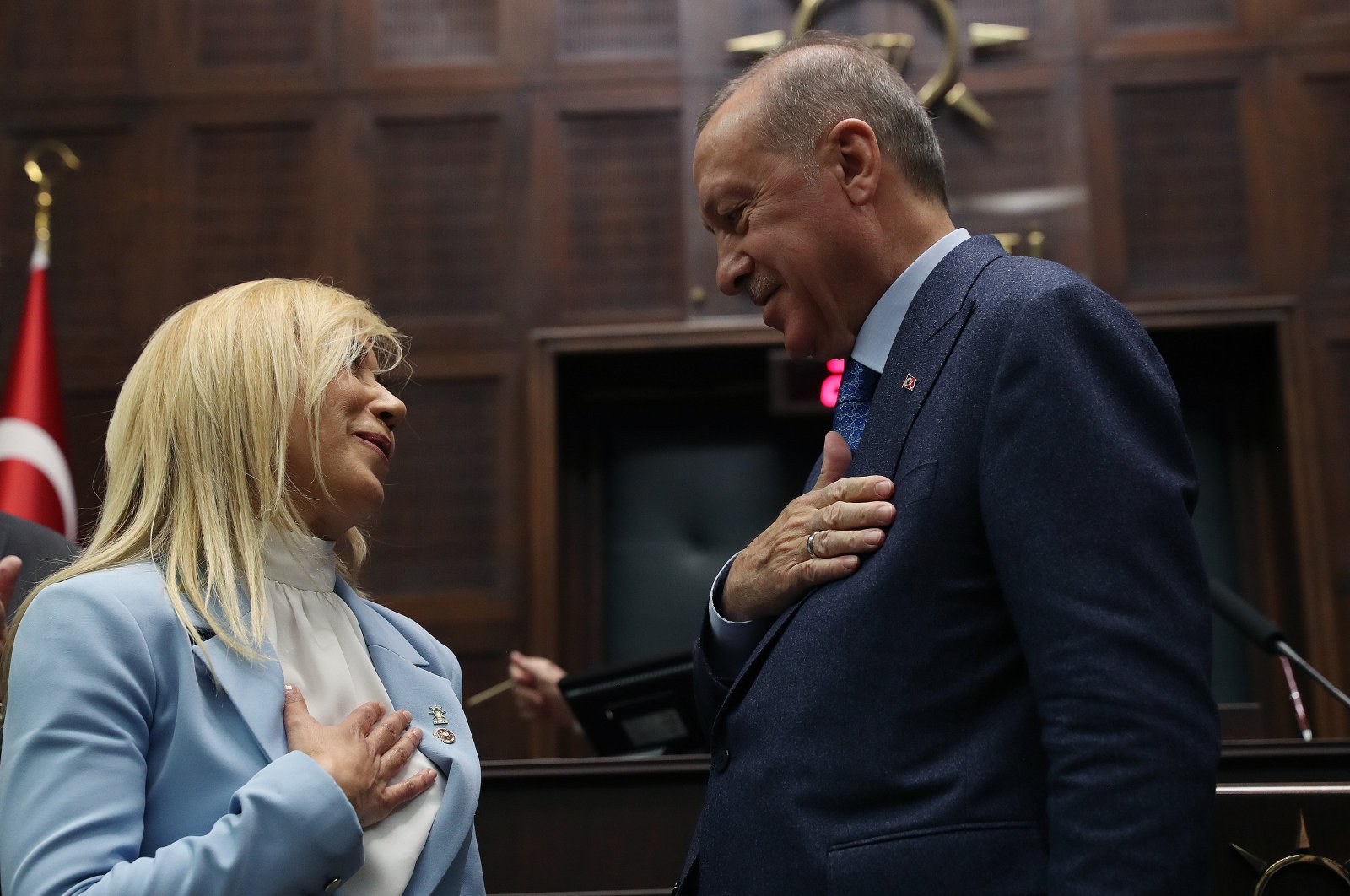 Eighteen years since its foundation, the AK Party counts a membership of millions, with the number of applicants increasing every day

Almost two decades since its foundation, the ruling Justice and Development Party (AK Party) continues to attract members of the public, with numbers having recently gained momentum in the form of thousands of new applicants.

The latest surge in membership occurred on Sunday as a thousand people from the southeastern province of Diyarbakır decided to join. Uniting behind a respected lawyer and businessman, Hacı Süleyman Çiçek, the crowd was welcomed by staff at the provincial AK Party headquarters, who facilitated membership applications.

"Today, I am overjoyed to be here to join family and loved ones with the AK Party. The AK Party has had a revolutionary impact across the country over the last 18 years of its tenure. We believe that these services will be followed by political and economic stability," Çiçek said, during his speech in front of the party headquarters, adding that efforts to attract even more people to join the party would continue.

This latest move was actually the continuation of a trend that seems to have caught momentum over recent months, as more and more started to take their place among the AK Party ranks. While some join as defecting senior figures and deputies from other parties, still others represent ordinary citizens seeking to pledge personal support. While some applicants, as in the case of Çiçek, have joined en masse, others have come as the result of personal decisions.

With these latest additions, the number of AK Party members across the country surpassed 10 million, which, according to head of the party President Recep Tayyip Erdoğan, is the largest amount of party members in the world.

"The AK Party, with almost 10.5 million members, is Turkey's number one party. And not just in Turkey, this is valid for the whole world, too, since there are no other parties with so many members," Erdoğan said recently while welcoming new members to the party at celebrations held during the party's group meetings in Parliament.

According to data released by the court of cassation in February, the AK Party, which already has the largest number of members, is the party whose ranks expanded the most over the course of three months, between Nov. 22, 2019, and Feb. 4, 2020. Over this period, a total of 378,917 people joined the party ranks, increasing the number of members to 10,195,904.

However, party membership has risen across the board, albeit to a lesser degree. The main opposition Republican People's Party (CHP)'s membership reached 1,257,753 with the addition of 4,149 new members, while Good Party (İP) attained 266,440 members, with the influx of 57,211 new recruits over the same period. Meanwhile, the number of Nationalist Movement Party (MHP) members swelled to 479,199 with the addition of 9,562 people. At the same time, the Peoples' Democratic Party (HDP) remained the party with the lowest number of supporters, with 470 joining the party, bringing membership to a total of 39,334.

Founded on Aug. 14, 2001, under the leadership of Erdoğan, the AK Party has become the most successful political party in modern Turkey's democratic history with successive election victories and a string of reforms that have reinforced the country's democracic and economic standards.

Having transformed Turkish politics over the last 18 years, the AK Party has been preparing to lead new reforms that will enable Turkey to reach its 2023 targets. Only one year after its foundation, the AK Party penned an enormous achievement, garnering 34.3% of the vote in the Nov. 3, 2002 elections and earning 363 seats in Parliament. The vote was the very first election the party took part in.

Since then, the AK Party has never lost an election. In the last 17 years, Turkey has witnessed rapid development in many areas, including the economy, democratic reform, liberties and rights, health and educational services and political stability.

On Friday, a former member of the İP, Antalya deputy Tuba Vural Çokal, joined the AK Party alongside five provincial heads from various other groups, such as the Felicity Party (SP). Çokal recently abandonned the İP ranks citing disappointment and deflated expectations.

Ahead of Çokal's defection, a trickle of İP members have switched to the AK Party's ranks, leading to the biggest drop in party members, despite new gains continuing.

One of the most major political resignations took place on March 9, when in eastern Erzurum province's Palandöken district, when hundreds left the İP to join the AK Party. In total, 450 people transferred to the governing party, alongside two district council members

"I am honored to be a part of the AK Party. Before the (local) elections, we rallied alongside with Good Party (İP) with 450 people and won. However, since the Good Party has failed to fulfill our expectations, we have resigned," said one council member, Burhanettin Atmaca, after their collective resignation.

The Erzurum provincial head of the AK Party, Mehmet Emin Öz, on the other hand, said that the AK Party had a place for everyone, inviting others to join up.

The İP managed to enter Parliament in an alliance with the CHP in the 2018 presidential and parliamentary elections when the party received just 9% of the votes. The alliance continued into the March 31 local elections of the same year. However, during the local elections, the HDP was also indirectly involved in the alliance as a matter of shared interest. As the CHP's cooperation with the HDP has become more apparent since March 31, the İP, known for its nationalist tendencies, has seen its concerns peak. Much of the İP's base has revealed discomfort with the alliance and shifted its position, resigning from the party and returning to roles as MHP chairs.

Previously, MHP leader Devlet Bahçeli had called on party dissidents who joined the ranks of the İP to "come back home," in a move welcomed by some.

Having failed to dislodge Bahçeli in a heated judicial process, MHP backbenchers, under the leadership of Akşener, created a splinter movement within the party. The disgruntled ministers then left the party in 2016, establishing the İP in October 2017.