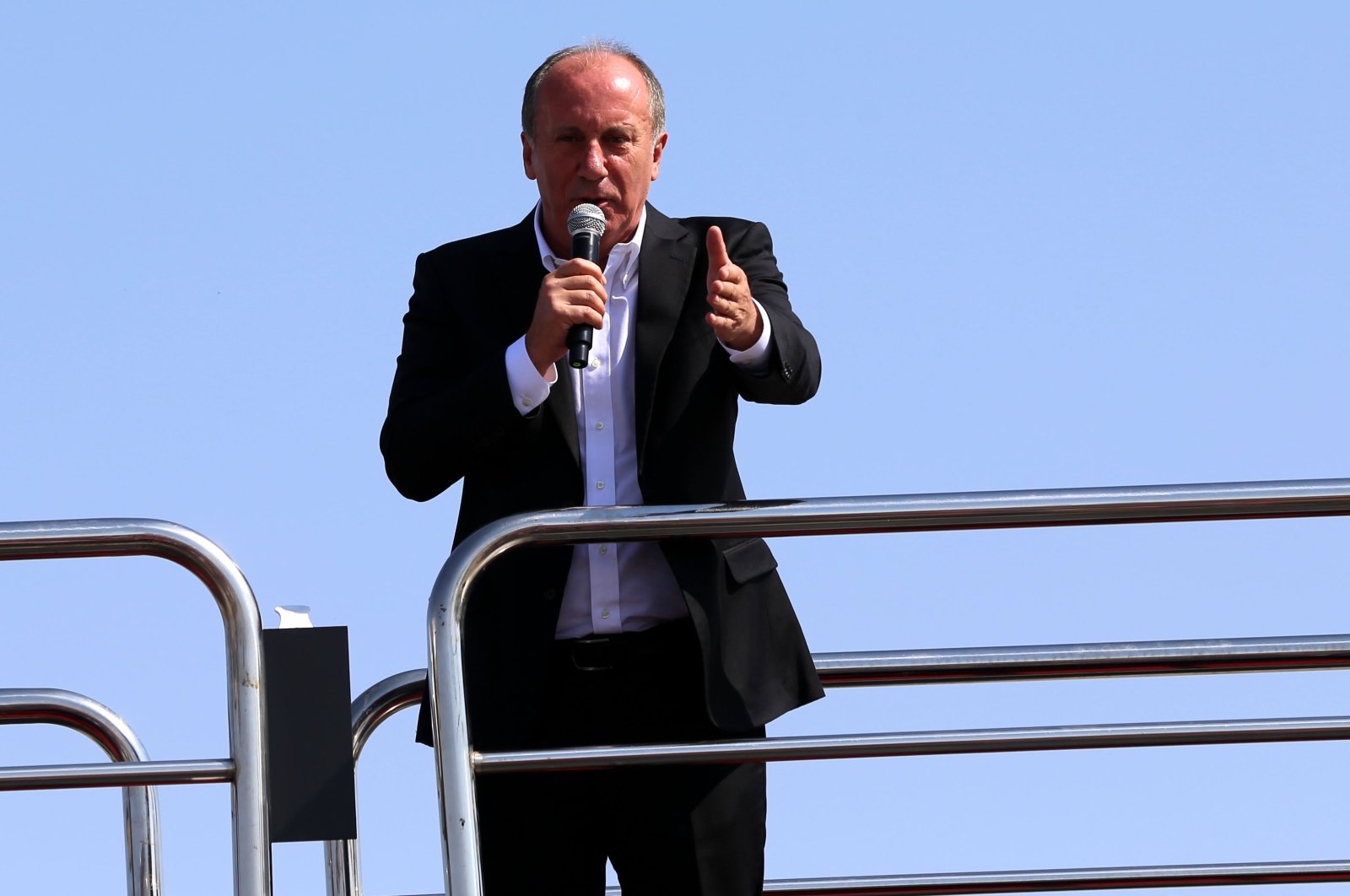 Muharrem Ince, a dissident member of the main opposition Republican People’s Party (CHP), arrived in the central Sivas province Friday to launch his “Homeland in a Thousand Days” movement.

Speaking to reporters at Istanbul Airport, Ince responded to a question about allegations of his dismissal from the CHP, saying that he does not care much about it.

“I do not have such concerns. But I have just one fear; it would be for one of our citizens to say to me in the future: ‘You did not raise your voice while the situation in our country was getting worse,’” he said.

The request by two members of the CHP to refer Ince to the party’s disciplinary committee has sparked rumors about his dismissal, but CHP Chairman Kemal Kılıçdaroğlu rejected the rumors.

“He is a member of our party and his movement is quite nice; we have no opposition. He can talk about the problems in Turkey,” Kılıçdaroğlu said.

Before his program, Ince warned all citizens to follow coronavirus measures saying, “We should protect ourselves first. This is my warning to everyone. We will observe social distancing, mask usage and hygiene rules. The 'Homeland in a Thousand Days' movement will be Turkey’s blessing.”

He also thanked Kılıçdaroğlu for not hindering him from starting a movement.

After his statements, Ince left Istanbul at 8:40 a.m. to go to Sivas, which is a symbolic place for him to launch his campaign.

The Sivas Congress in 1919 was a historic event where founders of the Republic of Turkey planned the country's fight for independence and its future. The nation’s founder, Mustafa Kemal Atatürk, who was an officer of the Ottoman Empire at that time, called representatives of all resistance forces to come together to repel the post-World War I occupation of Turkey.

Ince was elected four consecutive times, in 2002, 2007, 2011 and 2015, as a CHP deputy for his hometown Yalova. He also served as the CHP's parliamentary group deputy chairman for two terms.