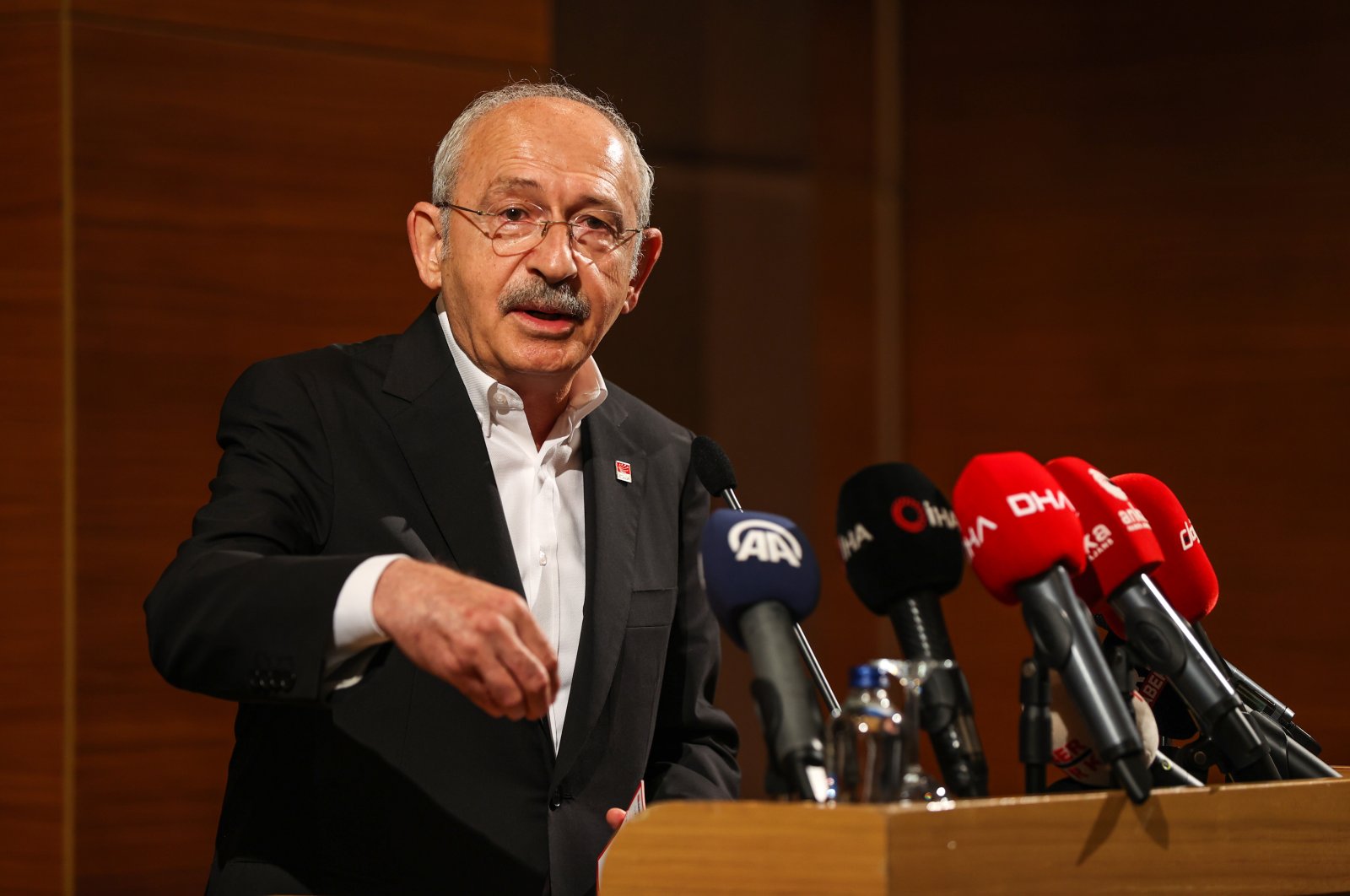 Kemal Kılıçdaroğlu, the main opposition Republican People's Party (CHP) chairperson, stated that he would be the presidential candidate if the Nation Alliance, Turkey’s opposition bloc against the ruling Justice and Development Party (AK Party)-led People’s Alliance, nominates him.

Saying that the votes of the CHP and the Good Party (IP) have been increasing in polls, Kılıçdaroğlu told Sözcü daily on Monday that their alliance has yet to discuss whether a single presidential candidate will be proposed or if every party will nominate a different one.

He also reiterated that the alliance would bring back the parliamentary system and that some of the president’s power would be transferred back again to the parliament.

It has been more than four years since Turkey switched from a parliamentary system to the current presidential system after the majority of Turkish voters opted to create the new system. Turkish voters narrowly endorsed an executive presidency in the April 16, 2017 referendum with 51.4% of the votes in favor.

Consisting of the center-left main opposition CHP, the right-wing IP, conservative Felicity Party (SP) and the center-right Democrat Party (DP), the Nation Alliance has been focusing its policies on anti-Erdoğan rhetoric and has experienced internal problems mainly due to veiled cooperation with the pro-PKK Peoples’ Democratic Party (HDP).

Back in September 2020, Kılıçdaroğlu had dismissed rumors about his party nominating metropolitan mayors of Istanbul and Ankara as candidates in the next presidential elections.

While the opposition has been calling for having snap polls to elect a new president, the People’s Alliance has opposed it, saying that the elections will be held on the designated date in 2023.