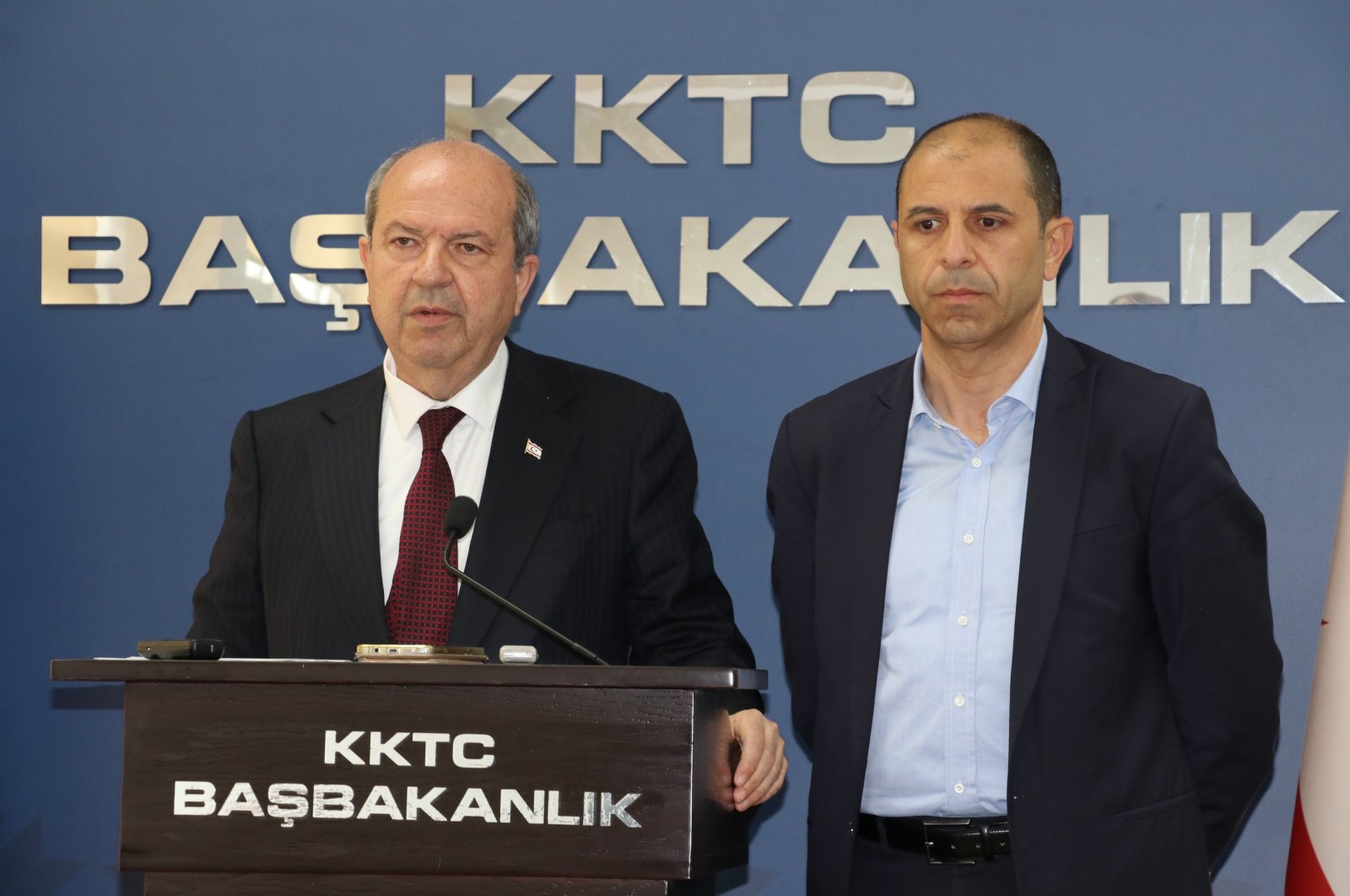 The People’s Party (HP) announced its withdrawal from the coalition government with the National Unity Party (UBP) in the Turkish Republic of Northern Cyprus (TRNC), reports said Wednesday.

The party's chairperson, Yenal Senin, announced the decision late Tuesday, saying that his party will continue to act with a sense of responsibility until a new government is formed.

Deputy Prime Minister and Foreign Minister Kudret Özersay, who is a HP lawmaker from the city of Lefkoşa (Nicosia), criticized the government for announcing plans for the ghost town of Varosha (Maraş).

He claimed that the government’s announcement on opening the city was misleading because the area’s military status has not been changed and a Cabinet decision would be required to modify that status.

“In summary, the steps taken today do not necessarily mean the actualization of the project to reopen closed Maraş under the Turkish Cypriot administration and return properties to their former owners as we’ve previously mentioned, based on Cabinet decisions. This is not the opening of Maraş, but rather a statement about Maraş,” Özersay said on Twitter.

In addition to his political career, Özersay served as a part of Turkish Cypriot negotiating team for over 12 years.

He also criticized Prime Minister Ersin Tatar for informing him about the decision just a few hours before its announcement and using the matter as a “tool” for the upcoming elections.

Özersay’s remarks followed Tatar’s recent visit to Ankara on Tuesday. The prime minister announced that the beaches in the abandoned town would be reopened on Thursday.

In response to the People’s Party’s withdrawal from the coalition, Tatar said the government will continue to serve and the constitutional process will proceed.

“The National Unity Party (UBP) will take into consideration other coalition options or snap elections following the presidential election on Sunday and will make the best decision for our people,” Tatar said.

He continued by criticizing the PP for its announcement of the decision at such a critical time when he reinaugurated with President Recep Tayyip Erdoğan the 80-kilometer (49.7-mile) pipeline project to send freshwater to the island under the Mediterranean and open public access to Varosha’s beaches.

“We believe this was not the right decision that would benefit the country,” Tatar said regarding the HP’s withdrawal.

He also rejected Özersay’s claims that he was bypassed in the process.

“I personally called the foreign minister and informed him about the situation after our decision about Maraş was finalized,” Tatar said, adding that he also thanked Özersay for his work in that respect.

He also noted that he expects all parties to meet on the beaches of Maraş on Thursday and display solidarity, as he said opening the abandoned town was a “national cause.”

There are six political parties in the 50-seat TRNC parliament, including the UBP with 21 seats, the Republican Turkish Party (CTP) with 12, the HP with nine, the Democrat Party (DP) with three and the Rebirth Party (YDP) with two seats.

The parliament requires the party to have 26 seats to be able to form a government.

The city is protected by a 1984 United Nations Security Council resolution stating that the empty town can only be resettled by its original inhabitants.

If the Greek Cypriots had accepted, the 2004 U.N. Cyprus reunification plan, the Annan Plan, Varosha would now be back under Greek Cypriot control and the residents back in their homes.

If the Greek and Turkish sides reach an agreement, Greek Cypriots will gain access to Varosha as well as Turkish ports and airports, and Turkish Cypriots will be able to engage in direct trade via the Gazimağusa (Famagusta) port.