Erdoğan: AK Party will be victorious in 2023 elections 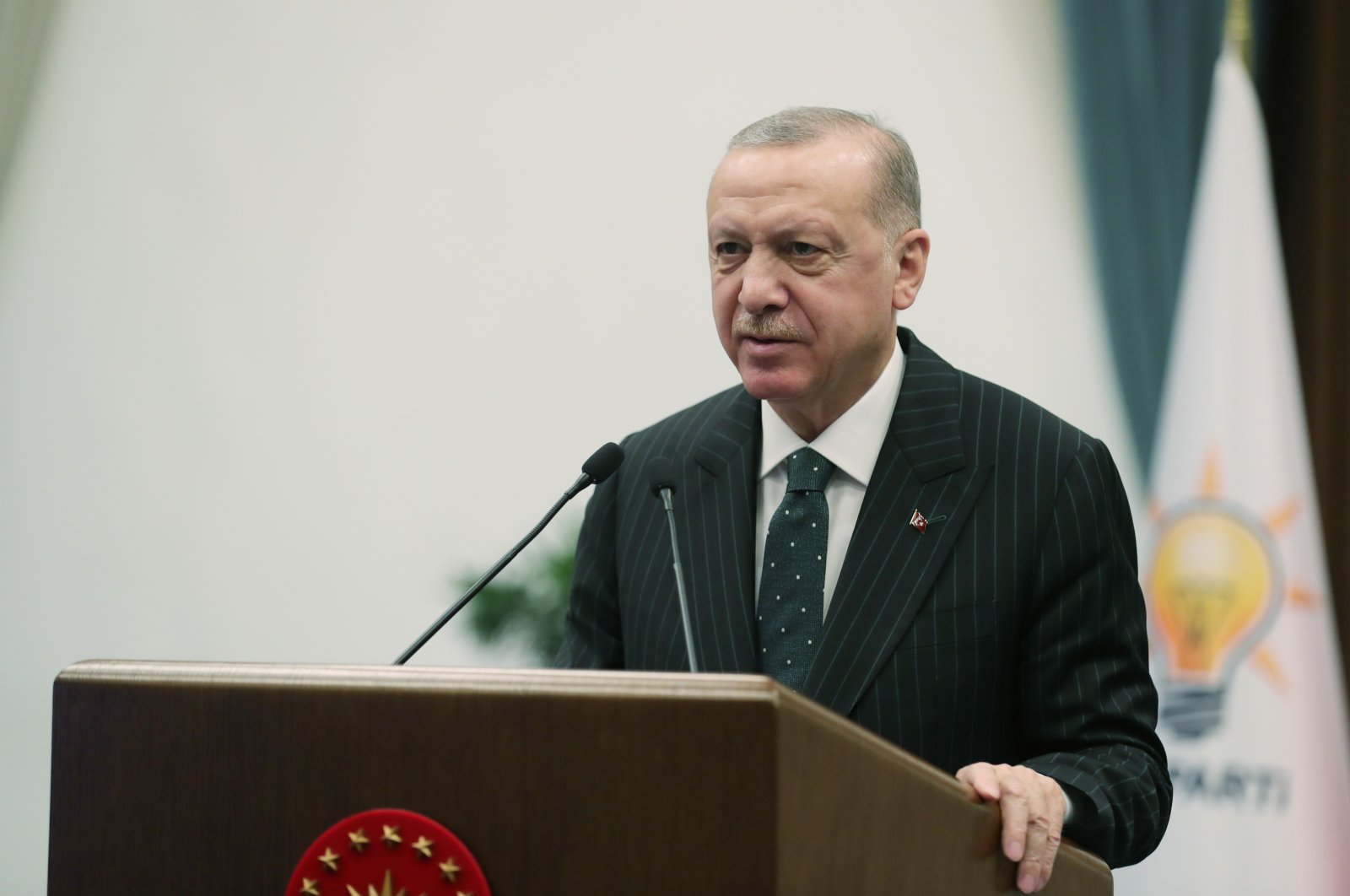 The ruling Justice and Development Party (AK Party) will be victorious in the 2023 presidential and parliamentary elections, as it did in every other election in the past 20 years, President Recep Tayyip Erdoğan said on Wednesday.

Speaking at the party's joint provincial congress for the central provinces of Kırşehir, Kırıkkale, Yozgat, and Sivas via a videoconferance, the president stated that in 2020 alone, the AK Party increased its membership by 1 million despite the harsh circumstances created by the pandemic, proving that people are putting their trust in the party.

"AK Party is the party with the highest capacity to rejuvenate itself. If there is anyone left who we did not knock on her/his door to ask if she/he has any problems, it is our party's failure."

The AK Party was founded in 2001 under the leadership of Erdoğan and quickly gained momentum, emerging as the leading body in the Nov. 3, 2002, general elections, receiving 34.28% of the votes. Since then, the AK Party has participated in six general elections – in 2002, 2007, 2011 and June 2015, plus in the November snap elections in 2015 and 2018 – and won them all. As a result, over the last 19 years, two presidents and four prime ministers have been selected from the AK Party. In the presidential election of 2018, Erdoğan, who is also currently the head of the AK Party, became the first democratically elected leader under Turkey’s new system of presidential government. Within its base, the AK Party has millions of people from differing political backgrounds, and since winning its first election, its voter count has increased in every subsequent election.

Turkey is expected to hold its upcoming presidential and parliamentary elections in June 2023. So far, the AK Party has consistently denied rumors of early elections, despite speculation by opposition parties.

Underlining that the AK Party receives its power and inspiration from the people, Erdoğan expressed that the party will continue its political journey in 2023 as well, with an overwhelming majority in the National Assembly.

"We will not only be represented in the national assembly with an overwhelming majority but also win the presidential elections once again," he said, and continued: "The People's Alliance will continue its path in the upcoming period."

The ruling AK Party forged an alliance with the Nationalist Movement Party (MHP) in the 2018 parliamentary and presidential elections.

The alliance got a majority in Parliament, while their presidential candidate, Erdoğan, also won the election with 52.6% of the votes.

Since both parties consider the results of the June 24 elections as successful, they continued their alliance in the local elections back in 2019 as well. The People's Alliance received 51.6% of the votes and won more than 700 municipalities in the March 31 local elections.