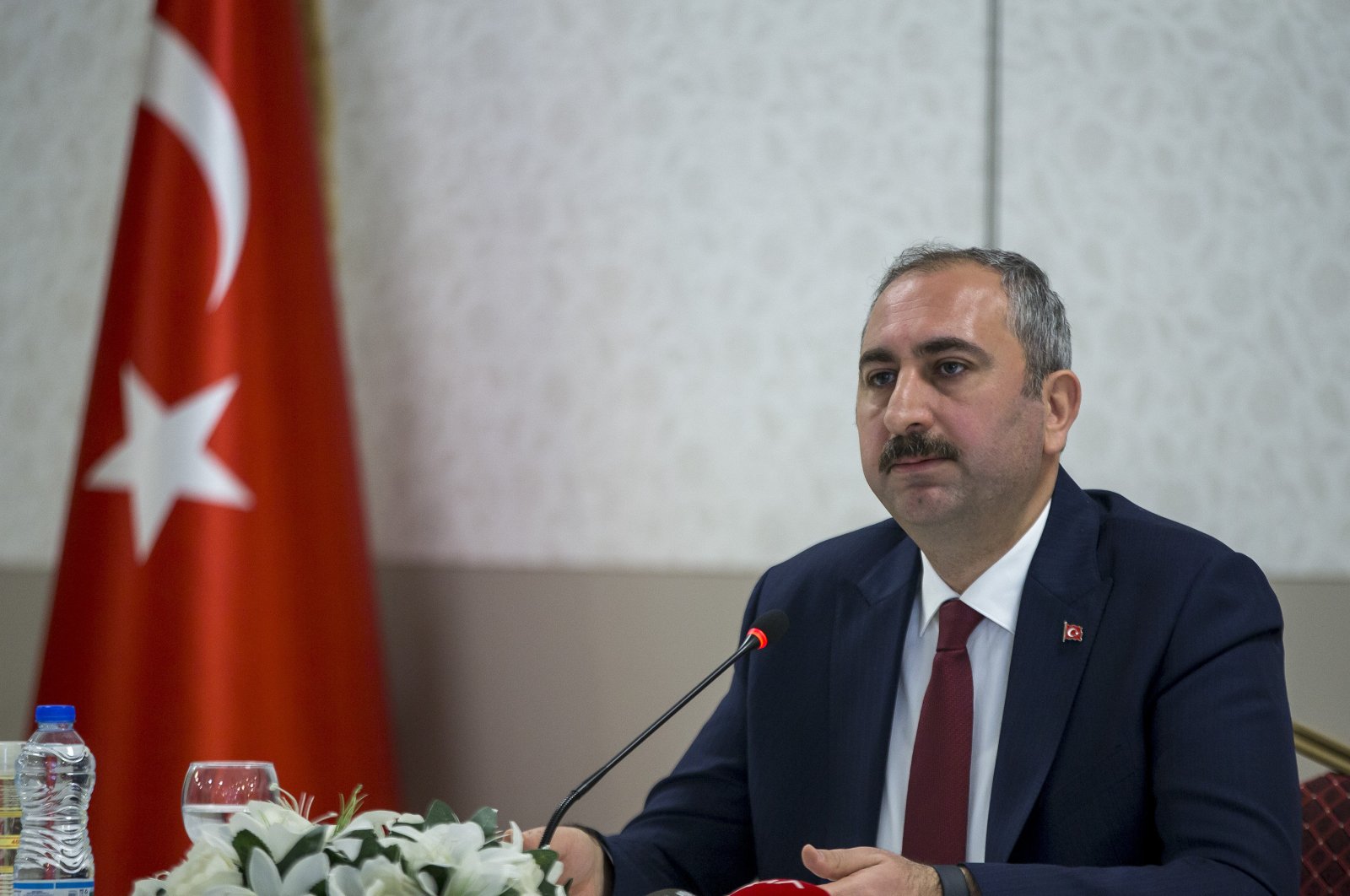 Asked about their situation, Gül said final judgments under the judicial proceedings have been made against the lawmakers.

"According to the Constitution, if the final prison sentence is submitted to Turkey's Grand National Assembly, then this would be the consequences."

In response to criticism of the court's decisions, he said the removal of legislative immunity that led to the prosecution of the lawmakers was thanks to the support of the main opposition Republican People's Party (CHP) in 2016.

Gül said if the CHP did not provide this support, the constitutional regulation that led to the prosecution of the lawmakers would not have passed through parliament.

On the question of whether there is a deficiency of laws regarding the election of lawmakers and mayors, he said considering and preparing a new election law is useful and necessary.

One of the former lawmakers who was sent to prison is from the CHP and the other two are from the pro-PKK Peoples' Democratic Party (HDP).

The final judgments of the judicial proceedings against CHP lawmaker Enis Berberoğlu and HDP lawmakers Leyla Güven and Musa Farisoğulları were read out in the National Assembly.

Güven, from Hakkari province, was sentenced to six years and three months in prison by a provincial court for "being a member of an armed terror group."

Farisoğulları, from Diyarbakır province, received a nine-year sentence, also for "being a member of an armed terror group."

Berberoğlu, an Istanbul lawmaker, was sentenced to five years and 10 months in prison for leaking state secrets to a newspaper in June 2017. The sentence was later affirmed by an appeals court.

He was found guilty of leaking footage to a journalist showing National Intelligence Organization (MIT) trucks being stopped en route to Syria in January 2014.

In that incident, gendarmerie officers affiliated with the Gülenist Terror Group (FETÖ) stopped the trucks on their way to Syria despite government orders to let them pass.

On the suspension of a large number of local HDP mayors from office who are facing terrorism charges, Gül said they should have avoided having links to terrorism.

He said no one who uses democracy to provide assistance to terrorists is welcomed anywhere in the world.

Gül said necessary legal actions will continue to be taken against those who have links to terrorism.

Several local officials from the HDP, a political party accused by the government of having links to the PKK terror group, were detained as part of a terror probe in eastern and southeastern Turkey.

A large number of local HDP mayors have been suspended from office and are facing terrorism charges.

For almost a year, dozens of families have been staging sit-in protests outside the HDP office in Diyarbakır province, accusing party officials of helping the PKK terror group forcibly recruit their children.

In its more than 30-year terror campaign against Turkey, the PKK -- listed as a terrorist organization by Turkey, the U.S. and the European Union -- has been responsible for the deaths of some 40,000 people, including women, children and infants.

On the court's decision on Osman Kavala, a businessman who has suspicious relationships with anti-Turkey groups, Gül said it would not be appropriate to comment on an ongoing case.

"I trust the decisions made by members of the judiciary. If the decision is wrong, the superior courts will monitor it," he said.

On the measures in courts and prisons against the coronavirus outbreak, Gul said all necessary measures were taken on time.

He said the government is taking all health precautions against COVID-19 for convicts and detainees in prisons.