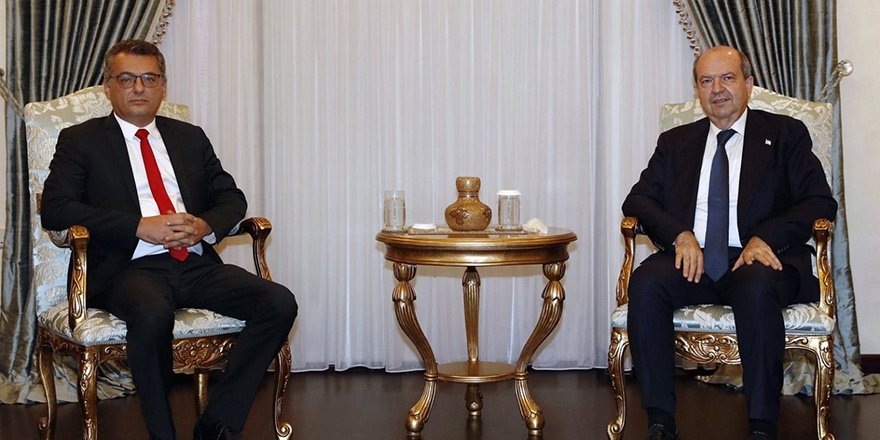 Tatar said he has assigned Tufan Erhuman to form the new government.

Erhüman said there was a possibility for more than one coalition and he would try to form a government capable of finding solutions to problems faced by the TRNC residents.

"We will meet with all political parties," he told reporters after a meeting with Tatar.

The support of 26 deputies is required for the establishment of a government in the TRNC's Assembly of the Republic, which consists of 50 seats.

Last month, Tatar became the fifth president of the TRNC by winning the presidential elections with 51.74% of the votes against rival Mustafa Akıncı, who received 48.26%.

Akıncı, the fourth president of the TRNC and in office since 2015, supports a federalist solution on the island of Cyprus in line with the United Nations initiatives, and such a resolution could be efficient in solving other regional problems too, particularly tensions in the Eastern Mediterranean.

Tatar, on the other hand, seeks a two-state outcome, expressing a stance more in line with that of Ankara, compared with Akıncı and Erhürman.

Although he does not directly oppose a federalist solution, Tatar believes that tying hopes to such a plan is not realistic, considering the TRNC's complex past with the Greek Cypriot administration.

The island of Cyprus has been divided into a Turkish Cypriot government in the north and a Greek Cypriot administration in the south since a 1974 military coup aimed at Cyprus' annexation by Greece. Turkey's military intervention stopped yearslong persecution and violence against Turkish Cypriots by ultra-nationalist Greek Cypriots.