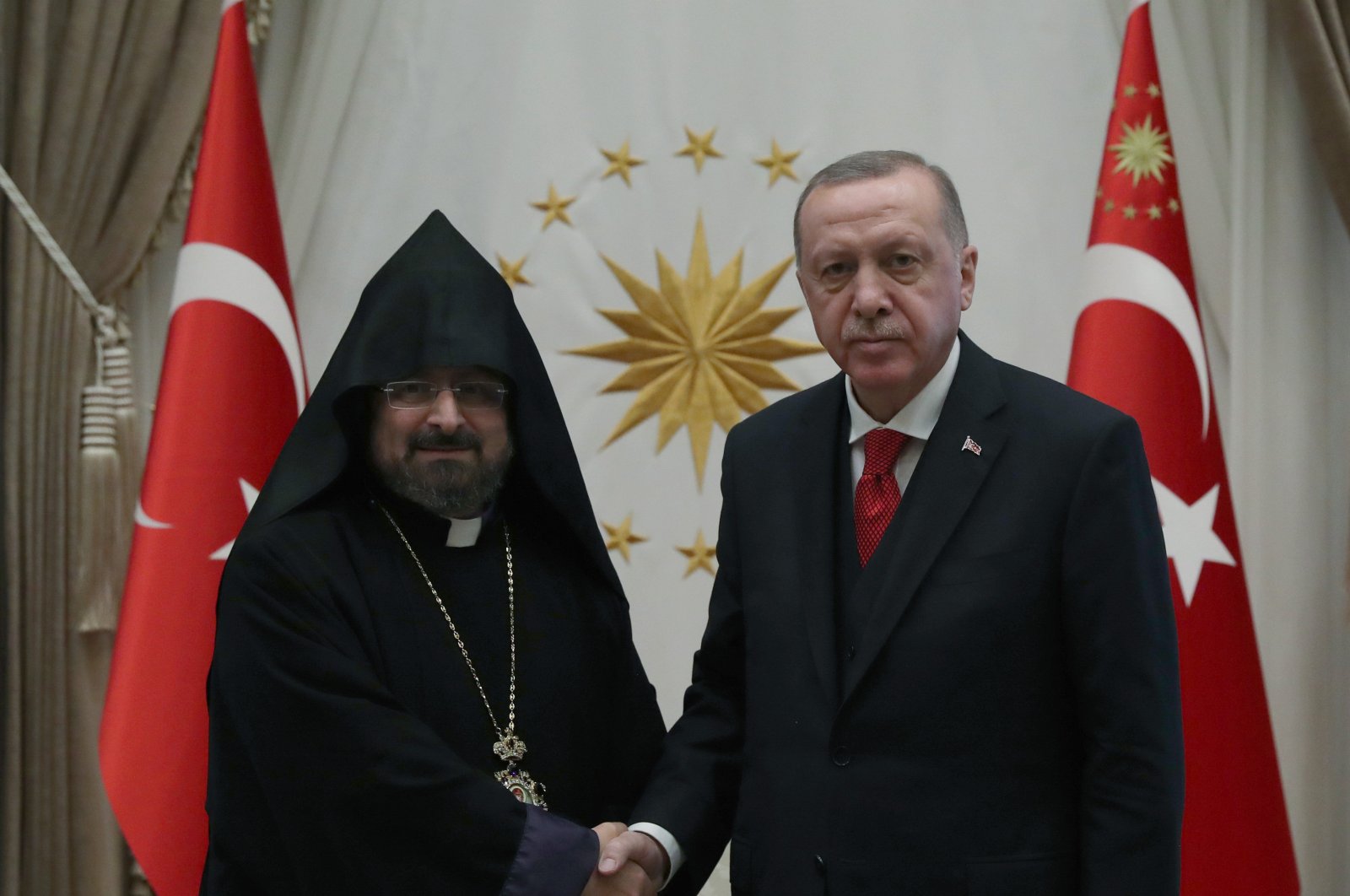 President Recep Tayyip Erdoğan offered condolences to the Patriarch of Turkey's Armenian community, as he highlighted determination to ensure that no citizen would be discriminated against based on their faith or ethnic identity.

“We have never let even one citizen to be otherized or discriminated against for their beliefs or identity,” Erdoğan said in a letter sent to Patriarch Sahak Maşalyan on Friday.

In his letter, Erdoğan greeted the Armenian community as he anticipated that the sense of unity and fraternity has enhanced following the coronavirus pandemic.

"I remember with respect the Ottoman Armenians who have lost their lives in the difficult conditions of World War I, which has caused immense suffering for the people of the world, as I extend my condolences to their grandchildren," the president said.

The president continued by saying that Turkey will not allow provocateurs to exploit history and spoil the unity of different people who have lived together in Anatolia for centuries.

He noted that Turkey wants a future with unity, prosperity and peace and prioritizes protecting these ideals.

Turkey's position on the 1915 events is that the death of Armenians in eastern Anatolia took place when some sided with invading Russians and revolted against Ottoman forces. A subsequent relocation of Armenians resulted in numerous casualties, added by massacres from militaries and militia groups of both sides. The mass arrests of prominent Ottoman Armenian politicians, intellectuals and other community members suspected of links with separatist groups, harboring nationalist sentiments and being hostile to the Ottoman rule were rounded up in then-capital Istanbul on April 24, 1915, is commemorated as the beginning of later atrocities.