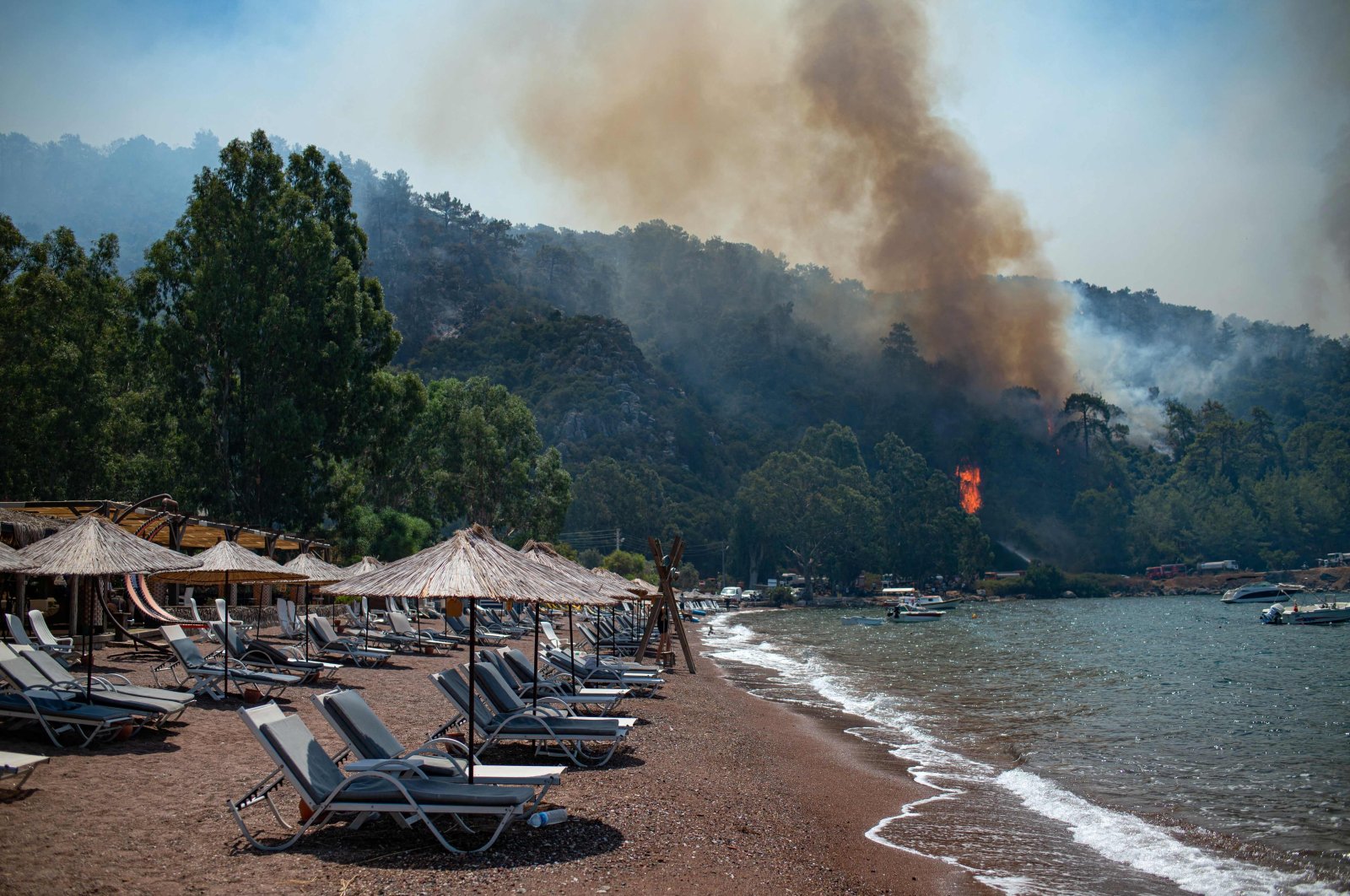 Turkish President Recep Tayyip Erdoğan on Tuesday thanked countries that were sending aid, expressing condolences and stating a readiness to assist in Turkey’s fight against blazes tearing through forests and villages on the country's southern coast.

“I thank on my nation’s behalf all the friendly countries and organizations that have extended their support, get-well wishes and condolences, voiced their readiness to help, and provided aid in our fight against the forest fires. We will inshallah overcome these difficult times as soon as possible,” he wrote on Twitter.

Most recently, three firefighting planes from Spain and Croatia have joined international efforts to battle blazes sweeping across Turkey's south.

One plane from Croatia landed in the southern province of Antalya late Monday while two Canadairs from Spain arrived in the nearby city of Muğla on Tuesday.

At least 154 large wildfires broke out in Turkey over the past week, the president's office said on Tuesday, the worst fire catastrophe in decades.

A total of 16 planes, 51 helicopters and more than 5,000 personnel were tackling the fires, officials said.

A heatwave across southern Europe, fed by hot air from North Africa, has led to wildfires across the Mediterranean, including in Italy and Greece.