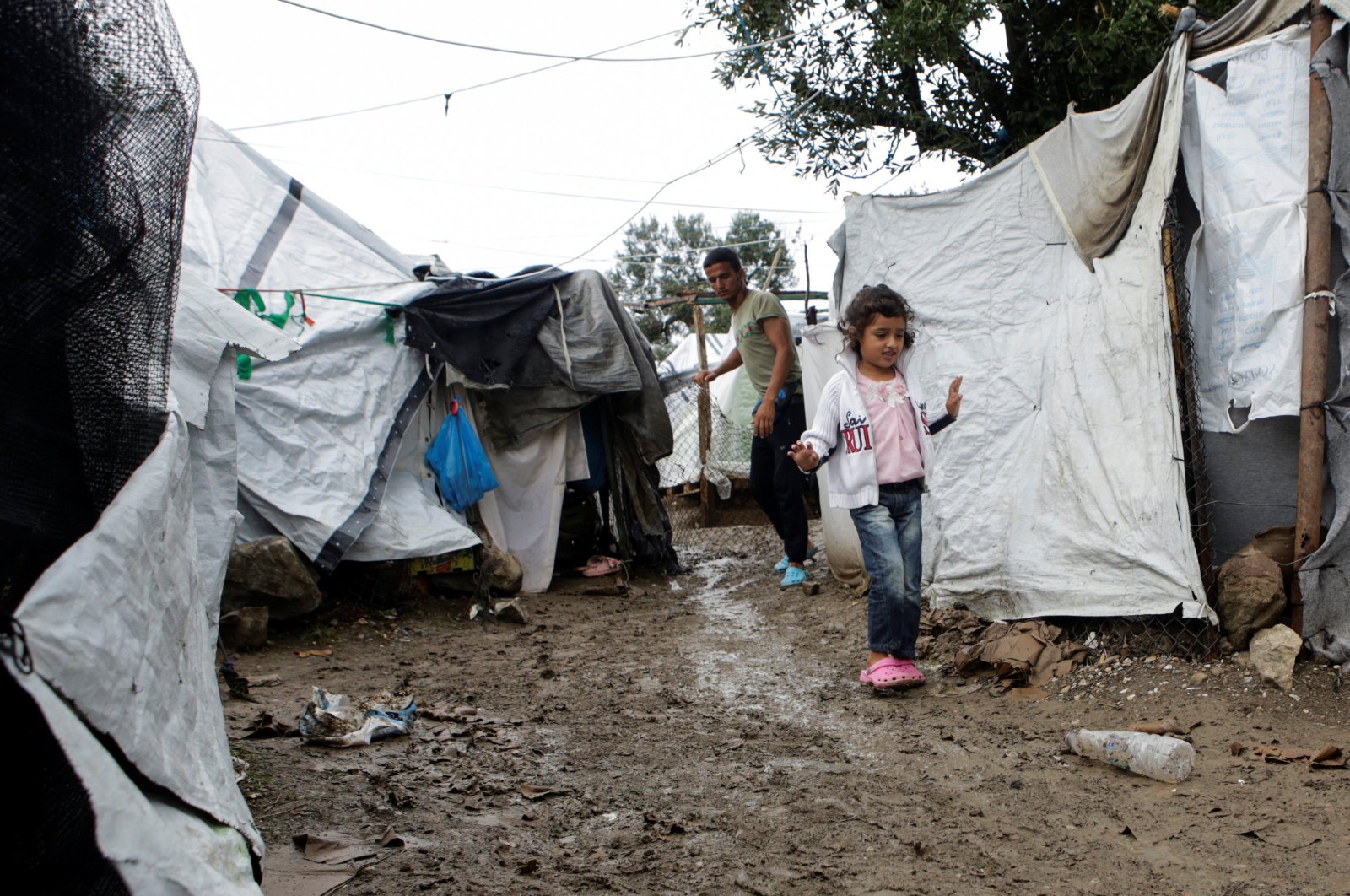 A girl walks next to tents at a makeshift camp for refugees and migrants next to the Moria camp, following rainfall on the island of Lesbos, Greece, Oct. 8, 2019. (Reuters Photo)
by Daily Sabah with DPA Jun 17, 2020 12:36 pm
Edited By Dilara Aslan
RECOMMENDED

Berlin took a step toward developing a plan to take in 300 people from overcrowded Greek migrant camps separately from federal initiatives on Tuesday with the submission of a draft proposal to the city's Senate.

However, the plan has to be in agreement with the federal Interior Ministry. Interior Minister Horst Seehofer has already refused the matter three times before, said Andreas Geisel, the senator for internal affairs.

"If he refuses (the agreement), we cannot realize it," said Geisel, who had submitted the draft. However, if that happens, then there is a possibility that the federal program will be implemented more quickly, said Geisel. So far, Germany has taken in only 47 minors from overcrowded camps in Greece, eight of whom have been sent to Berlin.

In addition to minors, as has been previously discussed, Berlin is also pushing to take in people who are especially vulnerable, such as those with illnesses, single parents and pregnant women.

Many refugees are covered under the legal basis of granting someone a residence permit for humanitarian reasons. The camps, whose residents mainly come from Syria, Iraq and Afghanistan, have made headlines in recent months for being overcrowded and falling below basic hygiene standards. The conditions have worsened recently due to outbreaks of the coronavirus.

Some 39,000 people are currently staying in camps on the islands in the east of the Aegean. According to the U.N. High Commissioner for Refugees (UNHCR), around 36% are minors.

The European Union said on March 13 that a group of member countries had agreed to take in at least 1,600 children who reached Greece by traveling without their parents. Restrictions that EU member nations adopted to slow the spread of the coronavirus, however, complicated efforts to start putting the deal into effect.