Çavuşoğlu: France must apologize to Turkey for false claims in East Med 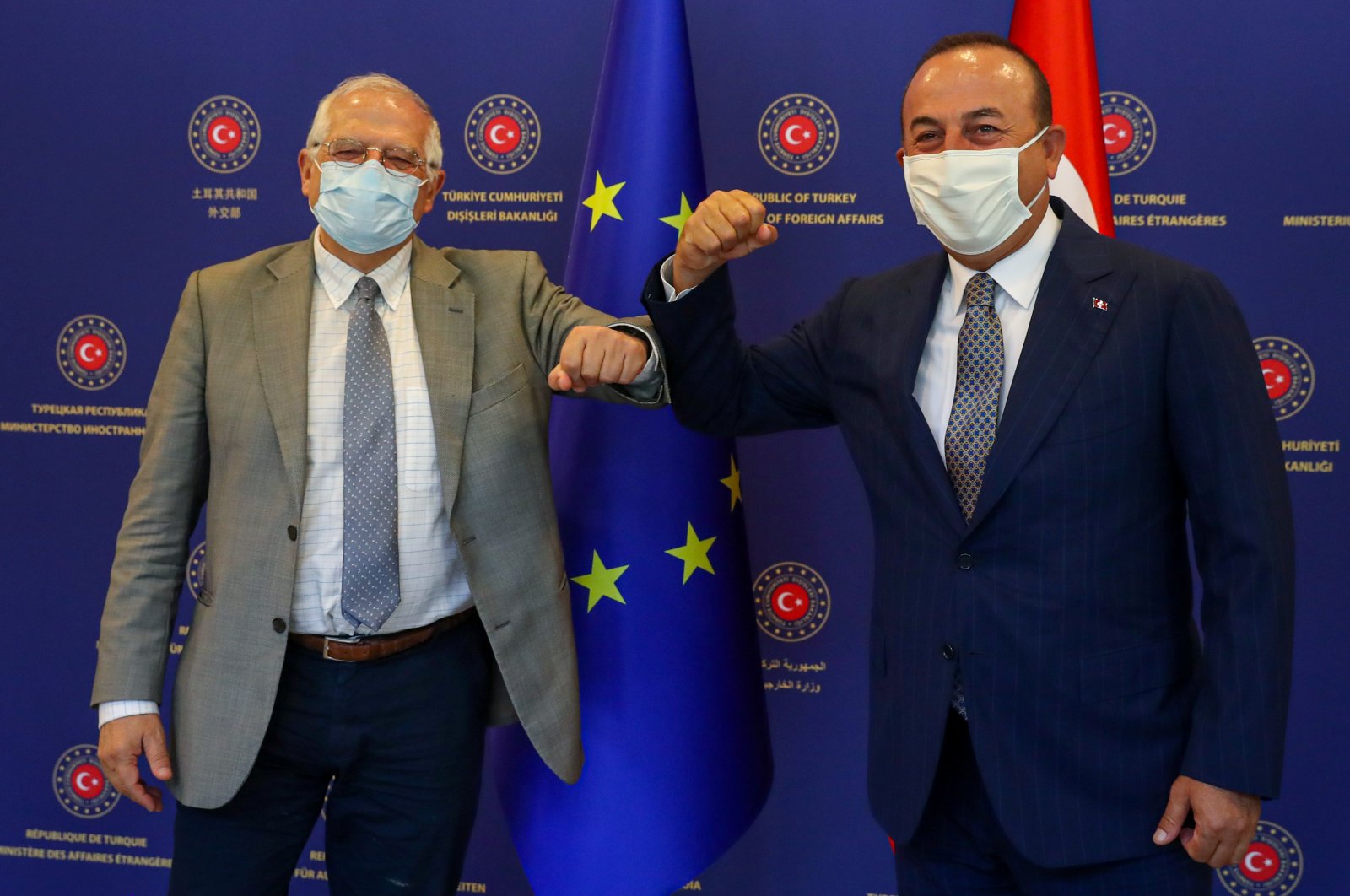 Turkey proved false France’s claims of possible harassment against its ships in the Eastern Mediterranean, Foreign Minister Mevlüt Çavuşoğlu said in a press conference with European Union Minister for Foreign Affairs Josep Borrell on Monday, calling on the country to apologize to Turkey.

"The EU should side with the solution, not the conflict in the Eastern Mediterranean," he added.

A French official claimed recently that the Turkish Navy had harassed one of France's warships taking part in a NATO mission in the Mediterranean.

Already strained ties between NATO allies France and Turkey have worsened in recent days following the claim, as the two sides exchanged accusations over the Libya conflict and activities in the Eastern Mediterranean.

"I am here (in Turkey) to find a solution to the conflict between Turkey and Greece over the Eastern Mediterranean. We (as the EU) plan to organize negotiation talks between the two sides," Borrell also said on the issue, referring to the disagreements between the two countries, especially the Cyprus crisis.

The Cyprus problem has remained unresolved for decades, despite a series of efforts by the United Nations, while recent tensions in the Eastern Mediterranean have further complicated the problem.

The island has been divided into a Turkish Cypriot government in the north and the Greek Cypriot administration in the south since a 1974 military coup aimed at Cyprus' annexation by Greece.

Turkey's military intervention as a guarantor power in 1974 had stopped yearslong persecution and violence against Turkish Cypriots by ultra-nationalist Greek Cypriots.

Regarding the ties with the EU, Borrell shed light on the union's approach to Turkey.

"EU plans to have a new agreement with Turkey and update bilateral ties regarding all problematic subjects, including the refugee crisis, the crisis in Libya, Syria and the customs union," he highlighted.

However, he then stated that Greek Cypriots' – which are a member of the EU – sensitivities on the issues should also be considered, causing Çavuşoğlu to react.

"If you keep pushing Greek Cypriots forward on every other subject regarding bilateral ties, then we will also come up with new conditions to meet your requests," he continued.

The foreign minister further added that although he believes in EU’s good intentions toward Turkey, some of the union’s members should be restrained for bilateral ties to improve.