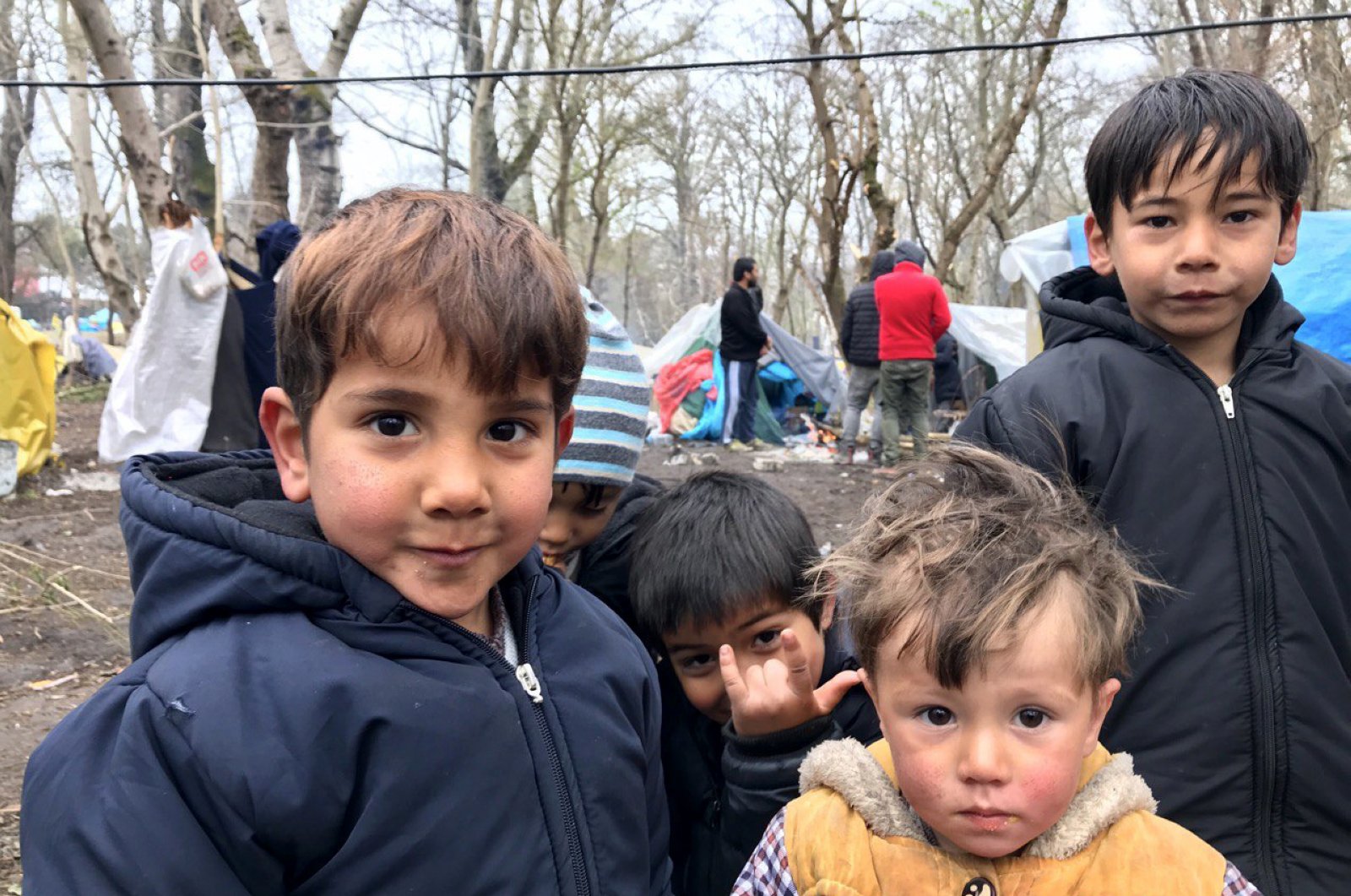 For the past 26 days, thousands of families seeking asylum have been stranded at the Turkey-Greece border in the hope of entering Europe, and the excruciating wait is taking its toll on children.

Among the harsh realities of everyday life, these children have to brave tear gas canisters being thrown at them by Greek border forces. The cold weather, coupled with sporadic rain, often makes it impossible for them to lie down to rest, as tents often fill with rainwater.

All day, children are seen roaming around the camp, trying to invent games with whatever they can find. For now, the best playmates they have are security forces, police or government officials stationed at the camps on official duty.

Though there is some equipment available for children to play with, like swings and footballs, these are insufficient to provide daylong entertainment. Children generally loiter around and invent imaginary games to pass the difficult time.

Unfortunately, the anxiety and sense of apprehension on their innocent faces are unmistakable. They seem to be well aware of their families' plight.

The Edirne Governorate, the Immigration Authority, Turkey's Disaster and Emergency Authority (AFAD), the Turkish Red Crescent and other civil organizations provide the asylum-seekers and migrants with food and other basic supplies, and from time to time, they offer children sweets to raise their spirits.

Turkey currently hosts some 3.7 million Syrian refugees and migrants, more than any other country in the world.

Meanwhile, due to incessant attacks on civilians in Idlib, Syria, 1 million more refugees have recently moved toward Turkey's borders, whom Ankara says it cannot absorb.

Last month, Turkey opened its borders to Europe for asylum-seekers and migrants, accusing the EU of failing to keep its commitments in their 2016 refugee deal.