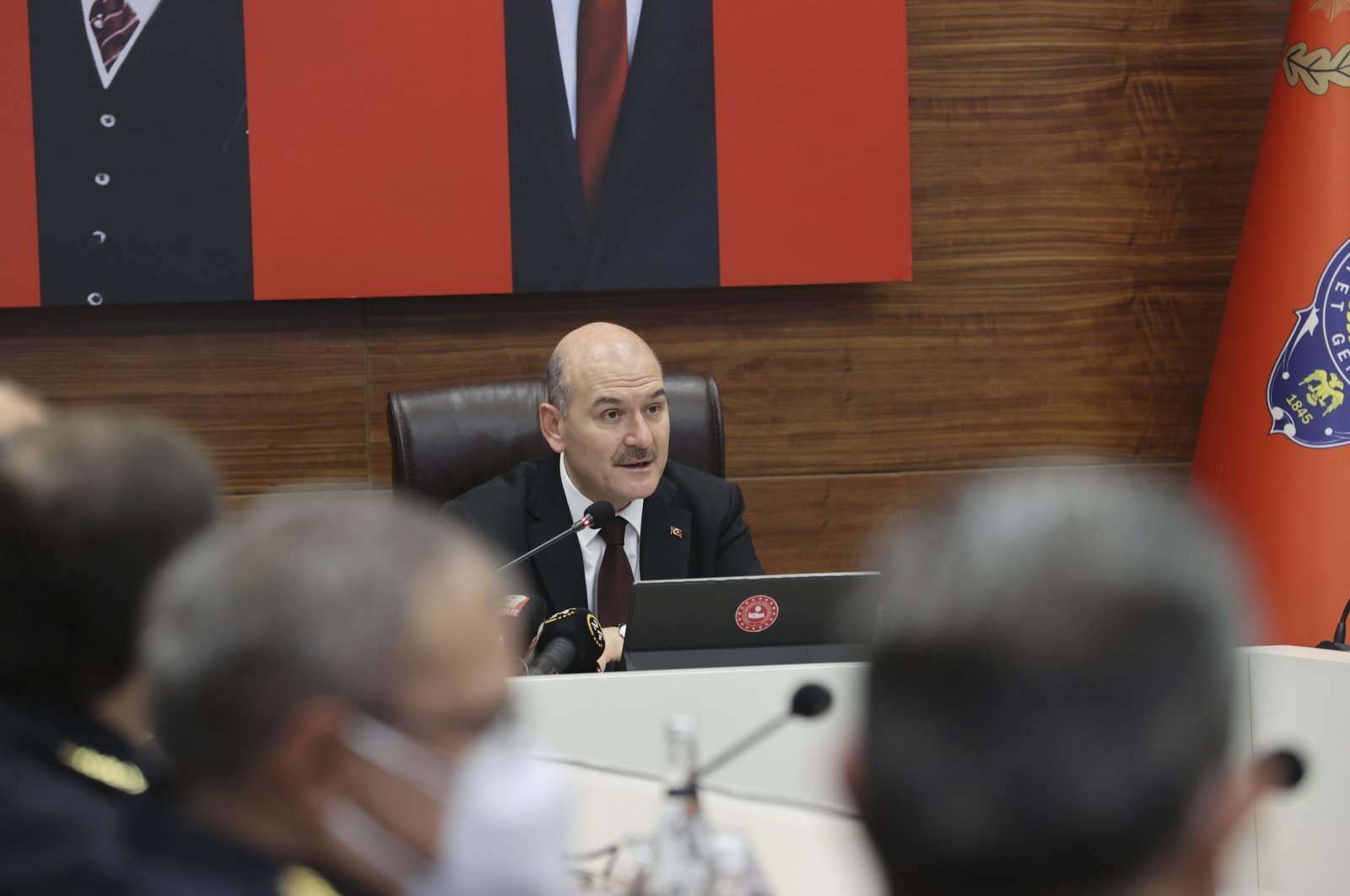 "Demirtaş is a terrorist. The European Court of Human Rights' decision, whatever the reason, is meaningless," Soylu said about the ruling on the former co-chair of the HDP

The Grand Chamber of the ECtHR said that the politician – who is charged with terrorism-related offenses – had his freedom of expression, liberty and other rights violated. His pretrial detention sent "a dangerous message to the entire population" that sharply narrowed free democratic debate, it said. "The court thus concluded that the reasons put forward by the authorities for the applicant's pretrial detention had merely been a cover for an ulterior political purpose, which was a matter of indisputable gravity for democracy," the chamber said.

In November 2016, Demirtaş, along with 12 HDP lawmakers, was arrested on terror-related charges.

He was sentenced in September 2018 to four years and eight months in prison after he was convicted of "spreading terrorist propaganda," "terrorist organization leadership" and "public incitement to hatred and hostility."

On Wednesday, President Recep Tayyip Erdoğan also criticized the decision, saying that the ECtHR does not have the prerogative to make decisions on behalf of Turkish courts.

Demirtaş was detained in November 2016 along with other top figures of the HDP on charges of terrorism after they refused to attend trials related to earlier cases they were accused in. He and his party are often criticized for their open support of the PKK terrorist group, which is listed as a terrorist group by the U.S. and the EU and is responsible for the killings of thousands since the early 1980s. The most serious charges he is facing are related to the notorious Kobani riots on Oct. 6-7, 2014, during which some 43 people were killed, and the role of HDP-linked officials and municipalities in the PKK’s unilateral move to end the reconciliation period and launch an unprecedented barricade and trench attacks in cities and towns in Turkey’s southeast.