Erdoğan calls on EU to have 'impartial stance' toward Turkey 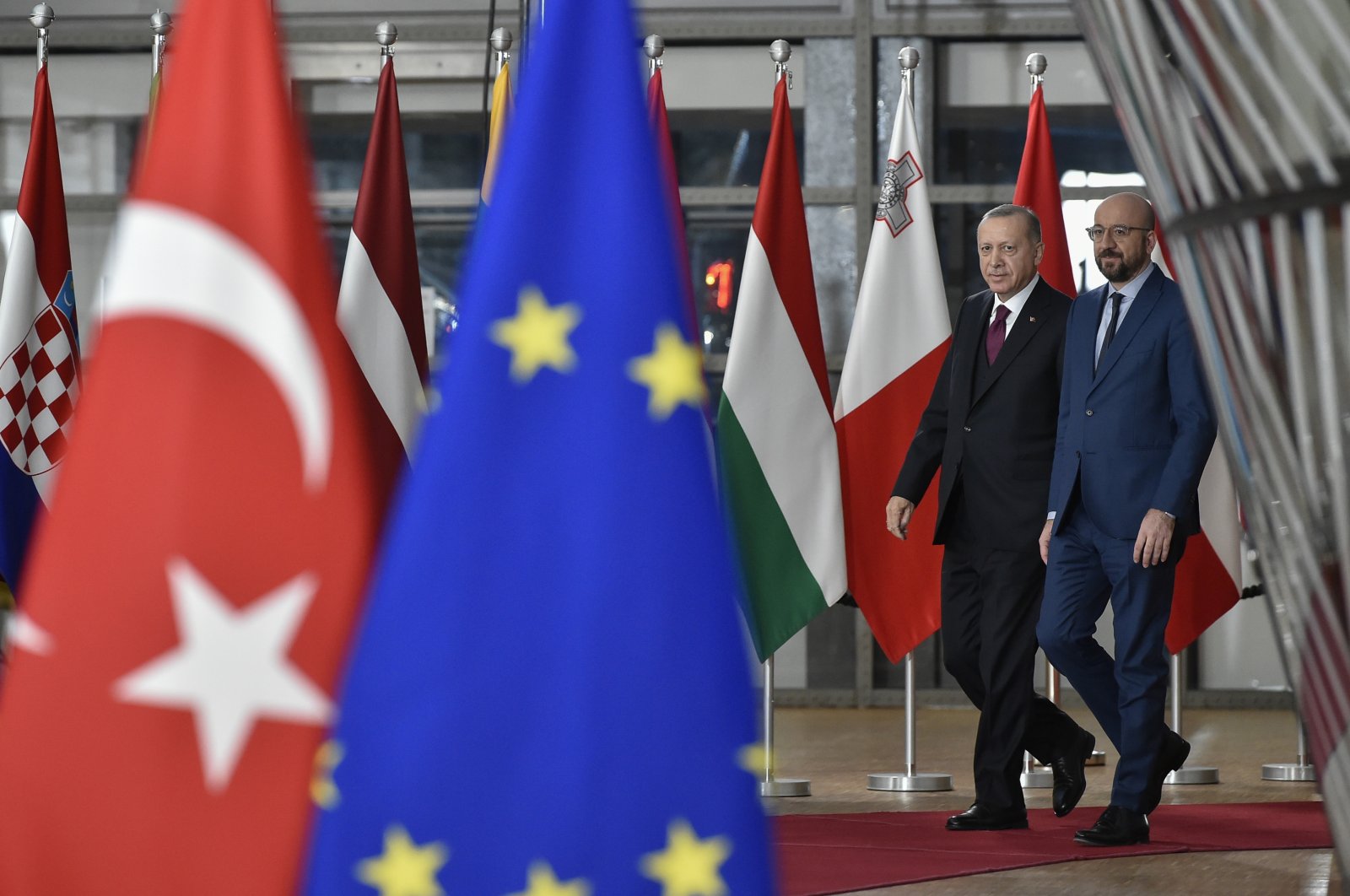 President Recep Tayyip Erdoğan held a phone call with the President of the European Council Charles Michel Thursday, calling on the EU to have an "impartial stance" toward Turkey.

Focusing on mostly the escalating tension in the eastern Mediterranean, Erdoğan stated that the EU should stay away from provocations and have a "reliable, objective" stance toward Turkey.

The president underlined that Turkey is after a "sincere dialogue" and "fair negotiations" with a solution that would protect the rights of all the parties. Still, he added that against all the one-sided steps and attempts to overlook the country's rights, Ankara will continue to defend its interests in the region.

Greece has disputed Turkey's current energy exploration activities in the Eastern Mediterranean, trying to box in Turkish maritime territory based on small islands near the Turkish coast. Turkey, the country with the longest coastline in the Eastern Mediterranean, has sent out drillships to explore for energy on its continental shelf, asserting the rights of Ankara and the TRNC in the region. Dialogue about fairly sharing resources will be a win-win for all sides, Turkish officials say.