EU: All channels to be used for more consistent, predictable Turkey-EU relations 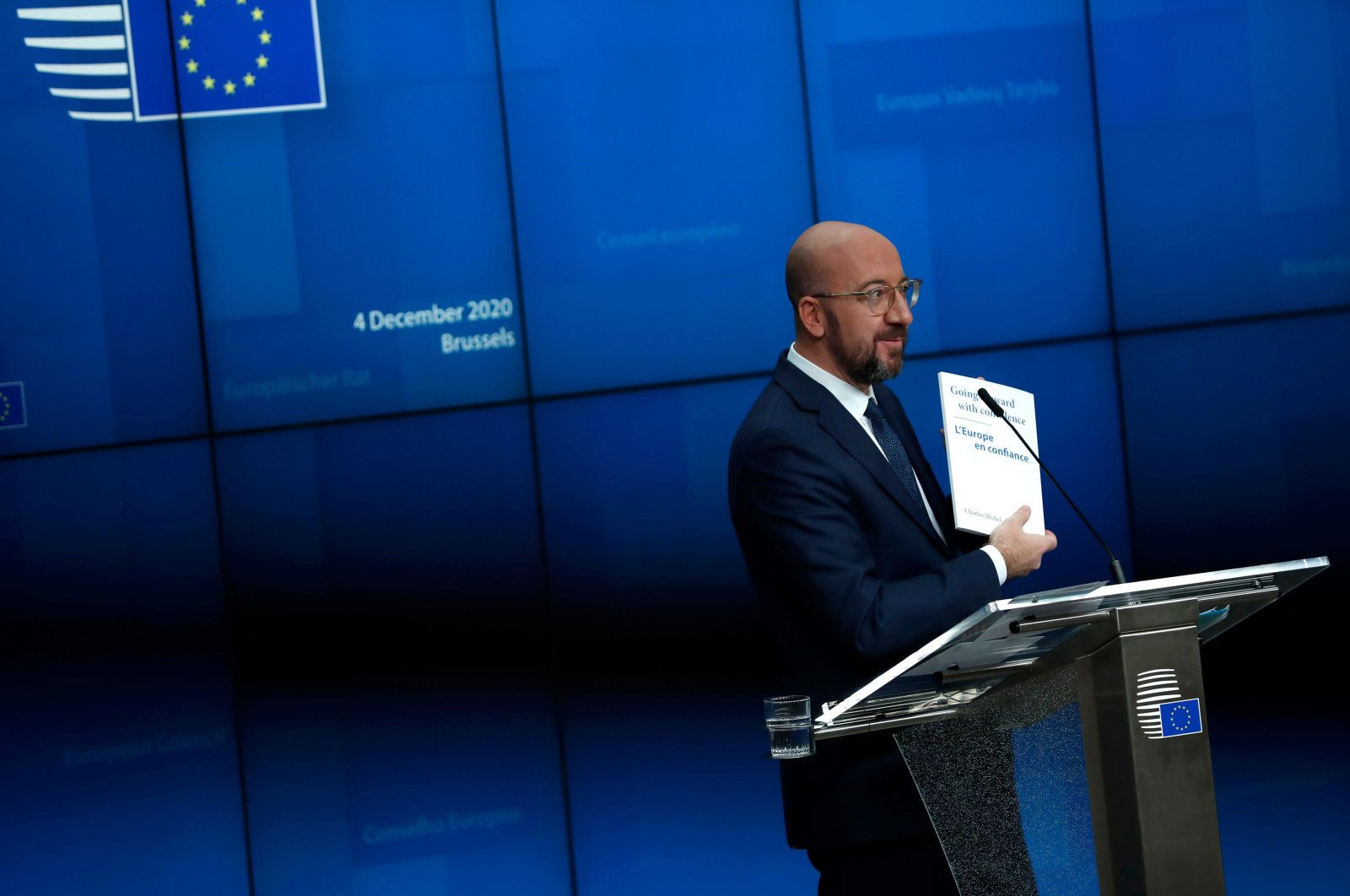 We want to work together with Turkey for more consistent and foreseeable relations, European Council chief Charles Michel stated Friday, adding that all channels will be used for this aim.

“As a European, I support dialogue. In order to solve and manage crisis which we have disagreements on, we have to establish dialogue. As the EU, we want to have a more consistent and foreseeable relation, however, for this, both sides are responsible,” Michel told reporters at a news conference to mark his first year in office.

"I think that the cat and mouse game needs to end," Michel said, referring to Turkey’s activities in the Eastern Mediterranean and added that EU member states could consider sanctions.

"We will have a debate at the European summit on Dec. 10, and we are ready to use the means at our disposal," he said.

Next week's EU summit will be held in Brussels, with the leaders meeting face-to-face after previous meetings were demoted to videoconferences as a coronavirus prevention measure.

Turkey and Greece are at odds over conflicting claims to hydrocarbon resources in the Eastern Mediterranean and overlapping views on the extent of their continental shelves.

The technical talks on determining the details of the deconfliction mechanism between Turkey and Greece that were to take place on Nov. 30 at the NATO headquarters in Brussels could not be held due to the absence of the Greek delegation, Turkish security sources stated on Thursday, adding that talks planned on Oct. 23 and Oct. 30 similarly could not take place due to Greece's negative response.

The mechanism is designed to reduce the risk of incidents and accidents in the Eastern Mediterranean and includes the creation of a hotline between Athens and Ankara to facilitate resolving conflicts at sea or in the air.

"In October, after a very dense and strategic high-level exchange, we defined a very positive offer to Turkey, we extended our hands," Michel stated. He added that “things have not been very positive” since then.

On the other hand, EU foreign policy chief Josep Borrell stated Friday that the most difficult issue the EU faces at the moment is its relationship with Turkey.

Indicating that relations have been strained since October, Borrell said the bloc has to make a decision next week in light of the developments.

“I think that Turkey and the EU share joint interests, especially in good neighborly relations. Turkey is there and will stay there. We have to understand that Turkey hosts 3.5 million Syrians. We have to take care of them and help them,” Borrell said, speaking at the sixth edition of the Mediterranean Dialogues Forum organized by the Italian Foreign Ministry in cooperation with the Institute for International Political Studies (ISPI).