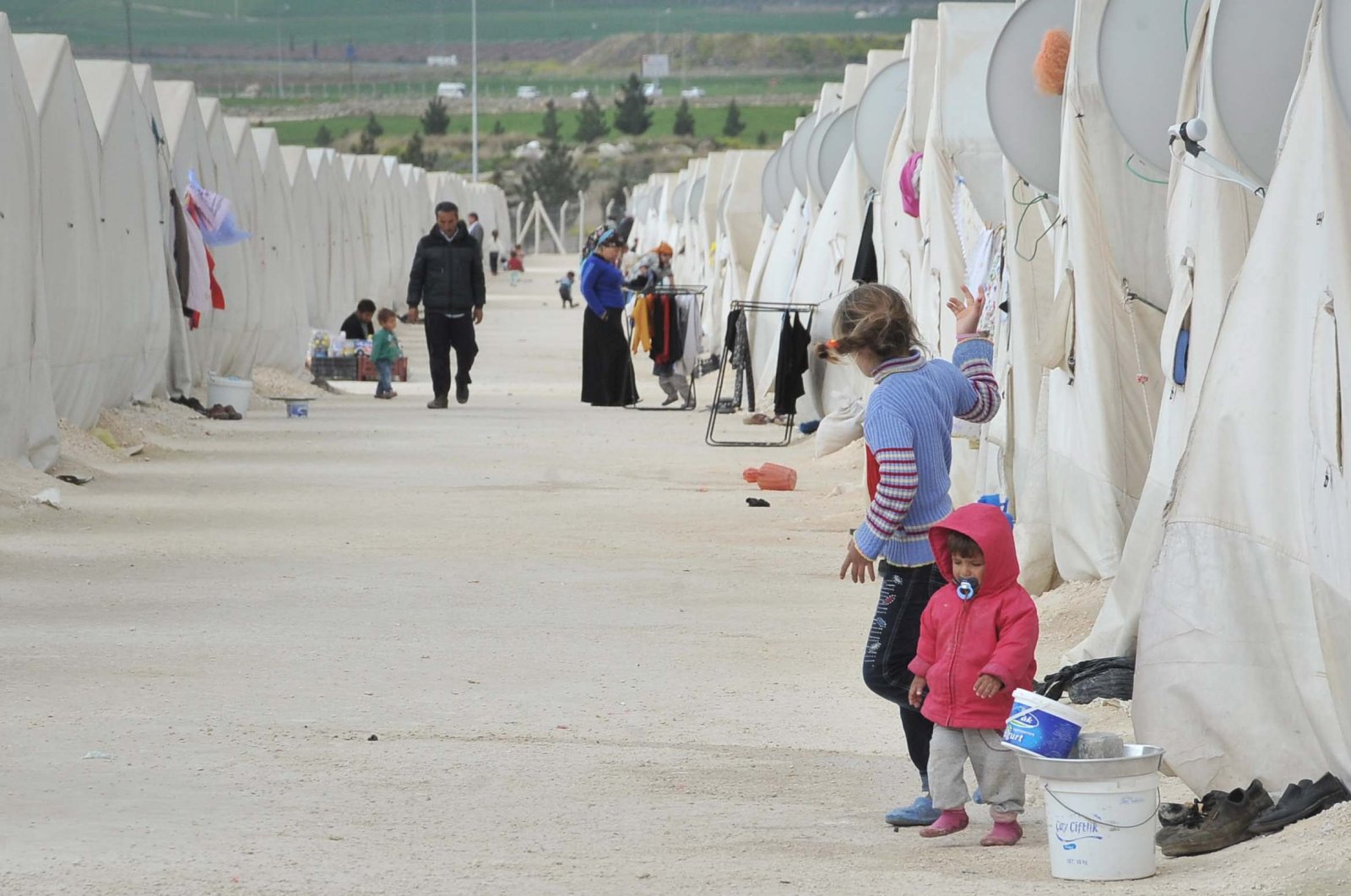 The European Commission on Wednesday proposed to release a payment of 485 million euros (about $543.2 million) for Turkey to support Syrian refugees in 2020.

The institution presented a budget amendment on Wednesday suggesting "to top up support for refugees and host communities in response to the Syria crisis by a total of 585 million euros."

One hundred million euros will be allocated to Jordan and Lebanon, with Turkey receiving the rest of the funds.

The proposal reflects the current circumstances of the coronavirus pandemic "with no immediate end in sight of the Syrian crisis," European Commissioner for Enlargement and Neighbourhood Oliver Varhelyi explained in a statement.

"The European Union continues to show strong solidarity with our partner countries Jordan, Lebanon, and Turkey, as well as with the refugees they are hosting," he added.

According to the plan, the 485 million-euro transfer will extend the functioning of two established programs in Turkey until the end of the next year.

The other one, Conditional Cash Transfers, helps over 600,000 refugee children attend school.

The funding is part of the 2016 EU-Turkey deal, meant to stop irregular refugee flows and improve the conditions of Syrian refugees in Turkey.

According to the deal, Turkey was promised a total of 6 billion euros in financial aid, which was initially designed to be given to the country in two stages and to be used by the Turkish government to finance projects for Syrian refugees. Visa freedom for Turkish citizens was also a perk of the agreement. In addition, the customs union between Turkey and the EU was to be updated.

In exchange for these promises, Turkey took responsibility for discouraging migration through the Aegean Sea by taking stricter measures against human traffickers and improving the conditions of Syrian refugees living in Turkey. Despite significant developments in controlling migration traffic, the EU has not delivered on its commitments stated in the deal.

According to the EU's latest data, all operational funds have been committed, 4.7 billion euros contracted and 3.4 billion euros disbursed. In previous communications, the EU promised to pay 4 billion euros by 2020.

If the current proposal is approved by the European Parliament and the EU member states, the 485 million euros will top up the 4 billion euros. The full 6 billion euros amount is expected to be paid by 2025.

Turkey currently hosts some 3.6 million Syrian refugees, more than any other country in the world, and has spent $40 billion throughout the process, according to official figures.

Ankara has frequently criticized the lack of financial and humanitarian support from the international community for refugees living in the country and has warned the European countries about the possibility of new migration waves.